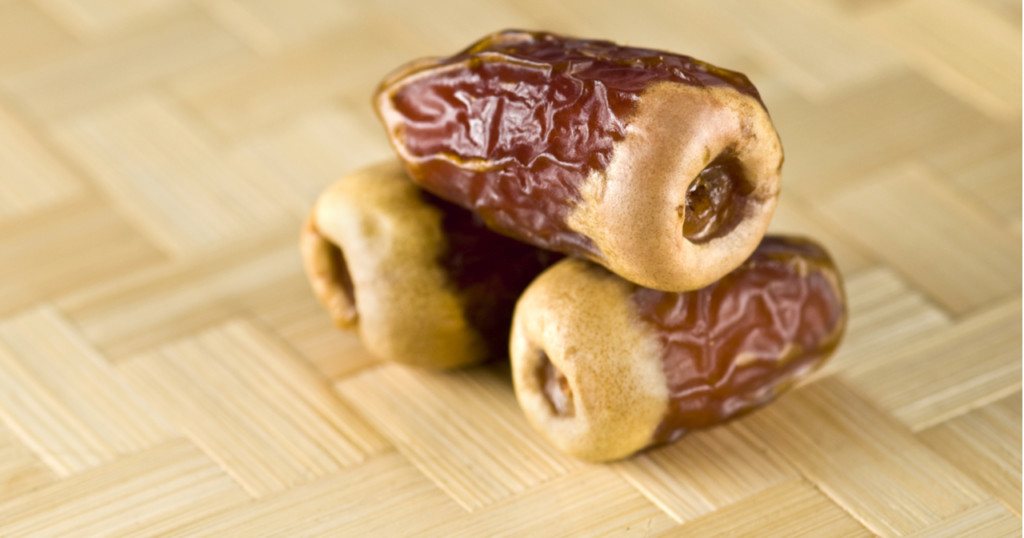 Now that we are past the halfway point of Ramaḍān, I wish to relay three brief messages that are simple in their meanings but crucial in their importance, particularly to those who fear that this year will be like the many Ramaḍāns before it.

The first: Be happy

This is exactly what the Prophet (ṣall Allāhu ʿalayhi wa sallam) would do following the arrival of Ramaḍān, and he would endeavour to communicate this sentiment to the Muslims, announcing:

“The month of Ramaḍān is here, a blessed month! Allāh has made fasting its days an obligation upon you. During this month, the gates of Paradise are opened; and the gates of the Hellfire are closed; and the devils are chained within it. During Ramaḍān, there is a night that is superior to 1000 nights. Whoever is deprived of its goodness has certainly been deprived.” [1]

One’s happiness towards a matter is directly linked to one’s sense of need for it. Recall the sheer number of prayers that you have missed or delayed; the number of prohibitions that your eyes have perpetrated; the daily backstabbing; the private conversations that should never have been furthered; the riyā (showing off) that poisons our deeds endlessly, and so on. Then, on top of that, recall the long list of repercussions that come with sins in this world and the hereafter, as listed by Imām Ibn al-Qayyim, which included:

“The deprivation of knowledge,

Struggle in all endeavours,

Weakness of the body,

The prevention of worship,

The removal of Barakah (blessings),

The lack of divine assistance,

The birth of more sins,

The normalisation of sins,

The insignificance of the sinner in Allāh’s Eyes,

His insignificance in the eyes of people,

The animal’s cursing of him,

The garments of disgrace,

The sealing of one’s heart,

The rejection of one’s Duʿā’,

Corruption on the land and sea,

The destruction of one’s protective jealousy,

The deconstruction of shyness,

The onset of punishment,

Terror in the heart of the sinner,

A horrible end to one’s life,

Suffering in the Hereafter.” [3]

Yes, it is daunting, but this is precisely why we should be so excited for Ramaḍān’s presence; our lives are in desperate need of reformation, and if you do not feel this need, then realise that you need it the most.

Imagine you have a guest who makes an effort to visit you from afar, one whom you had not seen for an entire year. Shortly after this guest leaves, you notice that they had taken out the garbage; cleaned your home; repaired structural damages that would have otherwise posed a threat to your life; and renovated it, making it look just like it did when it was first built. Upon noticing this, guilt consumes you as you realise just how short you had fallen in honouring this guest. For starters, you kept giving him the impression that you wanted him to leave, making him feel like he is a burden upon you.

This is precisely what the month of Ramaḍān does: it is a guest that visits once a year, and upon its departure, it takes with it your sins – all of them – that had weighed so heavily on your back and were on the verge of jeopardising your hereafter. Speaking about this, the Prophet (ṣall Allāhu ʿalayhi wa sallam) said:

“Whoever fasts the month of Ramaḍān out of belief and hope for the reward, all of his previous sins will be erased.” [4]

It’s through this lens that the people of īmān (faith) observe Ramaḍān through – the lens of the hereafter – and so far, from whining at the pangs of hunger or complaining from the disruption of sleeping patterns, their slogan is: “O Ramaḍān, do not be in a rush to leave, for sins are heavy and hearts are ill! Allow me to host you as you deserve”.

The second message: Be consistent

This, on its own, is a treasure of a lesson that Ramaḍān teaches its students year in and year out. Being a consistently practising Muslim, during both Ramaḍān and after it, is one of the most beloved acts of worship to Allāh.

The Prophet (ṣall Allāhu ʿalayhi wa sallam) was asked: “Please advise me with something that I could hold on to”.

We all have the capacity for short bursts of dedicated Islamic practice and activism. Pulling off a one-shot wonder of worship is easy. It is for this reason that the dearest of all people to Allāh (subḥānahu wa taʿālā) are not them, but those who are consistent in their actions.

I am sure you know so many who started off with the correct Islamic ḥijāb, but then later abandoned it; many who started planning for an Islamic project, then gave up halfway through; and many who were very adherent Muslims, then their views, in line with society’s principles, changed. Similarly, the majority start Ramaḍān with enormous enthusiasm, but soon after, many will change.

“The greatest honour is in remaining steadfast.” [6]

It was said to Bishr al-Hafi:

“There are a people who work hard in worship in Ramaḍān but the moment the month departs, they stop.”

“How evil are a people who only know Allāh in Ramaḍān.” [7]

In fact, even in the world of health and fitness, there is a person who diets for a period of time and successfully loses weight, but then, when he reverts to his old eating habits, he, according to our standards, has failed. Therefore, beware, dearest reader, of employing a different standard to your Islām. When Ramaḍān departs, is it likely that you will go in reverse? Worse still, was short-termism your intention in Ramaḍān all along?

Take concrete steps as of today to station yourself upon the good that you are doing now, with the intention of maintaining at least parts of it post- Ramaḍān. At the same time, set the intention of not allowing the ugly face of those sins that you have courageously cast aside this month to reappear after Ramaḍān. This brings us to our third and last message.

The third message: Be true in your apology to Allāh (subḥānahu wa taʿālā)

Imagine that there was a judge who was willing to drop any charge on any criminal, so long as they take an oath in his presence that they are not guilty. Two men meet up and one says to the other, “Let us do such and such, and when we stand before the judge, we will take an oath saying that we are innocent.”

Imagine if the judge had heard them say this without them realising. Would he take their oaths seriously? To Allāh (subḥānahu wa taʿālā) belongs the highest example; hence, what do you make of someone’s repentance and apologies to Him today if their intention is business as usual post-Ramaḍān?

This makes the words of Yahya b. Muʿāth so relevant:

“Whoever repents verbally whilst his heart is still insistent upon sin, and his intention is to return back to it after Ramaḍān, then his fasting has been rejected and the door of acceptance has been closed in his face.” [8]

This month, the way you eat, sleep, and socialise has been flipped upside down. All for what? For Allāh (subḥānahu wa taʿālā). You want Him to be happy with you, and to love you. Considering all that you are doing this month, you have every right to ask: “Does He love me back?”

The answer to this question agitated you, so you flicked through the pages of the Qur’ān, searching for an answer, and stumbled on the verse:

You thought to yourself: “I am hardly that person”.

So, you kept searching. You came across another verse:

But you thought to yourself: “That is a major work in progress.”

You kept searching. You came across:

“Allāh loves al-Mutawakkilīn (those who rely upon Him).” [11]

Again, you sighed and said: “My reliance upon Him is lacking. I do not think it is me”.

At this point, you were on the verge of giving up, but then you finally come across the answer that you have been looking for:

“Allāh loves those who keep turning to Him in repentance.” [12]

This Ramaḍān do not tire of saying: “Astaghfirullāh (I repent to Allāh)”. The entire idea of Ramaḍān revolves around this one theme: assisting the heartbroken sinners.

“The Prophet (ṣall Allāhu ʿalayhi wa sallam) once ascended the pulpit, and as he rose, he said: ‘Āmīn, Āmīn, Āmīn’.

So, he was asked about this, to which he responded:

It is almost as if we are being told that Ramaḍān has been so densely compressed with countless opportunities that if one, despite this, fails to change during it, then he deserves to be supplicated against by the greatest of all angels, Jibrīl, and the greatest of all creation, Prophet Muḥammad (ṣall Allāhu ʿalayhi wa sallam). We must beware of being on the receiving end of that.

[1] Aḥmad, on the authority of Abū Hurairah

[4] Al-Bukhārī and Muslim, on the authority of Abū Hurairah

[13] Ibn Hibbān, on the authority of Abū Hurairah