REMEMBERING SREBRENICA
Home / Spirituality / So similar .. yet so different 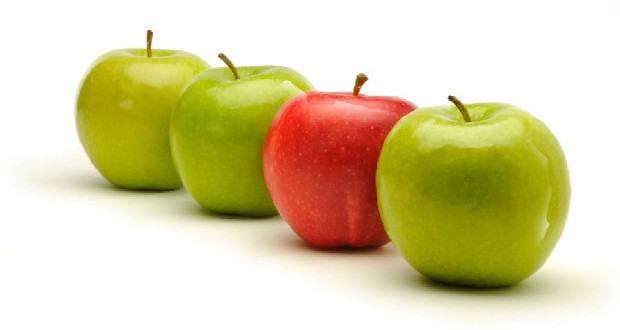 So similar .. yet so different

Outwardly speaking, we can at times engage in identical actions to one another yet our inner motives can be dramatically different. The more one analyses the behaviour of human beings and ponders over their varying activities in life, the more one realises the accuracy of this observation. So accurate, so real and so stark of an observation it is that in Surat Al-Layl, Allah SWT takes an oath to draw your attention to it, rather three oaths!

“By the night when it covers”

“And by the day when it appears”

“And by He who created the male and female”

Three consecutive oaths in the opening of this Surah to draw your attention to something paramount that He’s about to declare, which is?

“Indeed.. your efforts are diverse”[1]

Our motives and efforts in life are incredibly different! Reflect at the sight of passengers sat on a bus, train or aeroplane. They’re all sat down, travelling in the same direction as they ride the same vehicle. The streets display something of the same kind as well, as people walk; they look so similar to one another. Outwardly speaking, they’re identical, engaging in the exact same act. But when intentions and purposes are assessed, the differences become clearer than day and their individual reward or punishment from Allah is thus just as different.

You’ve read the story before but perhaps you haven’t observed it under this lens. The story of Prophet Yusuf (Joseph PBUH). Do you remember how the wife of the ‘Azeez locked the doors and seduced him to commit the impermissible? How did Prophet Yusuf PBUH react? Allah says:

“And they raced with one another to the door!” [2]

She ran towards him as he ran away from her. At this moment, they are both engaging in the exact same activity, they are both running, they are both trying to get somewhere .. But think for a moment how different the motives are ..

One of them is immensely rewarded for his running .. and the other is tremendously sinful for her running ..

Outwardly, they are identical .. but tell me about their motives? Their Intentions? The consequential outcome of their running in the eyes of Allah? Were they the same?

Apply this to yourself, apply it to your sleeping, for example.

Individual A sleeps because s/he is bored, has nothing better to do, wishes to “kill time”. This person has not recognised who Allah is, has overlooked their purpose in life and belittled their potential to engage in useful work .. and so this person sleeps whilst earning the anger of Allah for wasting his/her precious life!

Individual B sleeps as well. But s/he sleeps for a different motive. This person’s day has been filled with productivity, with the seeking of Islamic knowledge, with the advising of others, with an attempt to learn about their Creator and religion, with an attempt to balance between the rights of their Deen and Dunya. Thus this person’s intention by sleeping is to give their body a chance to recover from a hard day’s work and regenerate energy in preparation for another day of planting good deeds. Thus this person sleeps whilst earning the pleasure of Allah.

Yes, you’re right, the activity is the same, they both slept, but the fruits of it were so different.

Another example, apply this to your weeping for we all cry.

Individual A cries, but cries because he wasn’t able to get his hands on a potential girlfriend or as he listens to a musical track and reflects over the missed opportunity .. or for any other impermissible cause. The tears of such a person are wasted, devoid of any reward.

Individual B cries as well, but for a different reason all together! S/he was, for example, alone and remembered the power of Allah, a thought which drew tears from his eyes, or pondered over a verse from the Qur’an, or remembered the agonies of death, or craved a meeting with the messenger PBUH, or pictured the standing in the court of The King on the Last Day .. and started to weep. Such tears were droplets which bring with them the pleasure and forgiveness of Allah.

The activity was the same, crying, but the fruits of it, again, can were so different.

We all eat, drink, marry, work, study, hit the gym, author, dress up, stress .. but as Allah SWT says:

Say, “Each works according to his intention” [3]