Dreading the Rejection of Righteous Actions 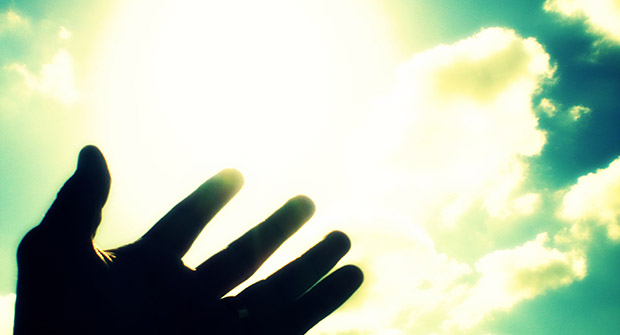 Following on from a previous article, this article focuses on the apprehension we should have of our actions being accepted by Allāh. All the while a believer strives to be obedient and continually draw closer to Allāh through the many acts of devotion, he still fears greatly for himself; apprehensive of not being accepted. ʿᾹ’ishah (raḍiy Allāhu ʿanha) said, ‘I questioned Allāh’s Messenger about the āyah, “And they who give what they give while their hearts are fearful […]”[1] ‘Are they the ones who consume wine and steal?’ He replied, ‘No O’ daughter of al-Ṣiddīq, but they are the ones who fast, pray and give in charity all the while they fear their actions will not be accepted; they are the ones who compete with one another to perform good deeds.”[2] The accomplishment of these remarkable acts of worship does not permit them to rely on their efforts or boast of it before their Lord. On the contrary, their acts of devotion improve and they express an utter need for the merciful clemency of their Lord; their hearts are filled with dread and consternation, worrying, Allāh forbid, that their actions will be cast back unto them. These servants raise their palms in supplication and turn to Allāh asking Him to accept their endeavours.

Consider the incident when ʿAbdullāh b. ‘Abbas came to ʿᾹ’ishah on her deathbed (raḍiy Allāhu ʿanha) and sat beside her, telling her to be joyful. He said, ‘The only matter preventing you from meeting Muḥammad and beloved ones is for your soul to leave your body; you were the most beloved woman of all to the Messenger of Allāh and Allāh’s Messenger only used to love that which was good.’ He reminded her of her many virtues including the fact that when she was slandered, she was exonerated with the very words of the Qur’ān and that this would be recited in every mosque day and night. How did ‘Ā’ishah respond to this praise, which was after all true and fitting? Did she rely upon her deeds and remain content with her state? Not at all, for when ʿAbdullāh b. al-Zubayr visited her later on, she said to him, ‘Ibn ‘Abbas came earlier and praised me, I wish I were something forgotten and unmentioned!’[3] Al-Ḥāfiẓ b. Ḥājar observed, ‘This plea is the norm of pious persons because of the grave trepidation they feel for themselves.’[4] The reality of fearing the rejection of one’s actions is grasped and put into practice through observing the following four matters:

Allāh the Most High has need neither for His slaves nor their devotion or obedience; Allāh says,

‘…And whoever is grateful is grateful for [the benefit of] himself. And whoever denies [His favour] – then indeed, Allāh is rich (free of need), praiseworthy.’[5]

‘If you disbelieve – indeed, Allāh is free from need of you. And He does not approve for His servants disbelief[…]’[6]

‘And Moses said, “If you should disbelieve, you and whoever is on the earth entirely – indeed, Allāh is rich (free of need), praiseworthy”.’[7]

The fact that it is only through Allāh’s bounty and mercy that one’s actions are accepted is borne by the Prophet’s heartfelt admission, ‘By Allāh, I do not know even though I am Allāh’s Messenger as to what will be my end nor all of yours.’[10] If this is the fate of the finest being of humanity (sall Allāhu ʿalayhi wa sallam) what of the rest of us? The reality of our weakness and inability is further cemented when reading the Prophet’s words, ‘No one of you will be saved by his actions.’ They asked, ‘Not even you O Messenger of Allāh?’ He replied, ‘Not even me, unless Allāh encompasses me with His mercy.’[11] This magnifies one’s need for Allāh and strengthens the case for the need to implore Him fervently, and it puts a stop to being presumptuous and amazed at one’s efforts and deeds. Ibn Al-Qayyim said, ‘The more you witness the reality of lordship and servitude, knowing Allāh and your own self, and realise that what you have to offer is not befitting for the True King even if you were to produce the efforts of all of humankind and the jinn, you will dread the outcome before Him. He accepts deeds only because of His magnanimity, generosity and grace, and likewise, He rewards you for them only because of His magnanimity, generosity and grace.’[12]

As the servant continues to develop this awareness, the greatness of His Lord will become paramount to him and at the same time he will succumb and recognise his own worthlessness. The Prophet nurtured his Companions (raḍiy Allāhu ʿanhum) in this manner; we find their most noble and greatest in rank, Abū Bakr al-Ṣiddīq, asking the Prophet, ‘Teach me a supplication I can plead with in my prayer’. The Prophet knew his companion the most and nonetheless he taught him to beg, ‘O Allāh, I have indeed oppressed my soul excessively and none can forgive sin except You, so forgive me a forgiveness from Yourself and have mercy upon me. Surely, You are The Most-Forgiving, The Most-Merciful.’[13] This is a divine nurturing that restricts the transcending of the slave and instead keeps him in the constant need of his Lord and forever in a lowly state before Him. If this is the counsel of the Prophet (sall Allāhu ʿalayhi wa sallam) to Abū Bakr (raḍiy Allāhu ʿanhu) who holds such a position in leadership; nobility; jihād and support for His religion; and defence of His Prophet, what is our situation considering that we are the sinners and those who squander (may Allāh afford us safety and security)? Is it not amazing that ʿUmar Ibn al-Khaṭṭāb (raḍiy Allāhu ʿanhu) would fear being a hypocrite though he was given the epithet, al-Fārūq (the one who distinguished truth from falsehood), as well as having received glad tidings of paradise? The reason for this is that the more a person expresses servitude and need for his Lord, the more will be his disdain for his self, the greater the fear for it, and greater the attachment of the heart to its Lord. Al-Ḥasan al-Baṣrī said, ‘It, i.e. hypocrisy, is only feared by a believer and only a hypocrite feels secure from it.’[14]

Al-Jaʿd Abū ʿUthmān asked Abū Rajā’ al-‘Aṭāridī, ‘Of the Companions of Allāh’s Messenger you met, did any of them fear hypocrisy?’ He replied, ‘Yes, I met by the praise of Allāh a good number of them, yes, severely, yes, severely.’[15] Ibn Abī Malīkah said, ‘I met thirty Companions of Allāh’s Messenger, all of them were fearing hypocrisy of the self; not a single one of them would contend that he had the faith of Jibrīl and Mīkā’īl.’[16] Ibn Ḥājar mentioned, ‘Some of the exalted Companions Ibn Abī Malīkah met were ‘Ᾱ’ishah, her sister, Asmā’, the four ‘Abdullāhs,[17] Abū Hurayrah, ‘Uqbah Ibn al-Ḥārith, al-Miswar Ibn Makhramah…and he stated that they used to fear hypocrisy in their deeds and nothing different to this has been related on other Companions so it is as if this a consensus (of their state)…’ Ibn Rajab al-Ḥanbalī said, ‘The Companions and those after them from amongst the pious predecessors used to fear hypocrisy and they would fret and be very anxious about this; the believer fears minor hypocrisy and he fears that this would overcome him near his end which would take him into major hypocrisy, similar to what has been aforementioned – that the subtle scheming nature of iniquity results in an evil end.’[18]