Fearing Allah in Open and Secret 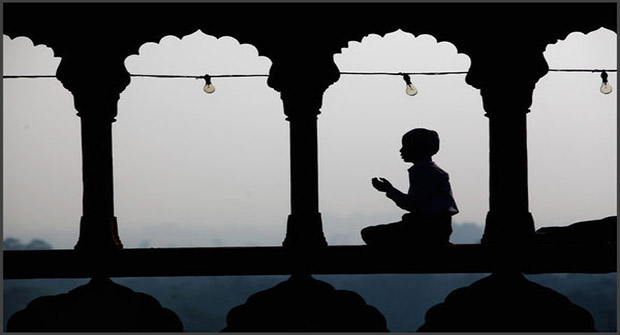 Following on from the previous article, this article the dread the believer should feel in relation to his righteous actions being rejected by the Almighty.

Possessing fear of Allāh is one of the most sublime qualities of those with Īmān. Allāh says:

“The believers are only those who, when Allāh is mentioned, their hearts become fearful, and when His verses are recited to them, it increases them in faith; and upon their Lord they rely.”[1]

“And give good tidings to the humble [before their Lord]. Who, when Allāh is mentioned, their hearts are fearful.”[2]

Fearing Allāh in open and secret is one of the greatest signs demonstrating need and total deprivation before Him; whoever realises His greatness and omnipotence; His unconquerable authority; His eye that does not sleep; and reveres Him a befitting manner will truly fear Him.

“But for he who has feared the position of his Lord are two gardens.”[3]

“But as for he who feared the position of his Lord and prevented the soul from [unlawful] inclination, then indeed, Paradise will be [his] refuge.”[4]

“…That is for he who fears My position and fears My threat.”[5]

One whose condition is such will have possessed a vigilant heart that shakes out of trepidation and is always intimately conversant with its Lord. The heart will seek refuge in Him and plead for recourse, being a heart that is poverty-stricken and servile. Allāh says:

“Is one who is devoutly obedient during periods of the night, prostrating and standing [in prayer], fearing the Hereafter and hoping for the mercy of his Lord, [like one who does not]? Say, ‘Are those who know equal to those who do not know?’”[6]

“Their sides part [i.e., they arise] from [their] beds; they supplicate their Lord in fear and aspiration…”[7]

Al-Ḥasan al-Baṣrī said, ‘Tears run down their cheeks in fear of their Lord.’ Contemplate the saying of Allāh:

This illustrates a total need for Allāh and dejection displayed before Him. Sayyid Quṭub said,

“They are unable to control themselves; they do not merely prostrate but ‘they fall upon their faces in prostration’, then their tongues actuate with the sensation of Allāh’s greatness and true promise that has become fused into their emotions, ‘Exalted is our Lord! Indeed, the promise of our Lord has been fulfilled.’ Being affected in this way overwhelms them and words no longer suffice as a manifestation of what is raging in their bosoms – tears stream down their faces conveying that profound effect words cannot express.”[10]

The condition for genuine fear is that which occurs in private as the heart is attached only to Allāh neither turning to anyone nor anything else. Allāh says: “Indeed, those who fear their Lord in private will have forgiveness and great reward.”[11] Allāh also says: “Who fear their Lord in private, while they are of the Hour apprehensive.”[12] And Allāh says: “And Paradise will be brought near to the righteous, not far, It will be said], “This is what you were promised – for every returner [to Allāh] and keeper [of His covenant]. Who feared the Most Merciful in private and came with a heart returning [in repentance].”[13]

The Prophet said in an authentic hadith,

“Allāh will give shade, to seven, on the Day when there will be no shade but His…” One of the seven mentioned is “…a person who remembers Allāh in seclusion and his eyes are then flooded with tears.”[14]

‘…because this will as far as possible be away from ostentation; and the intent here is to be secluded from turning to other than Allāh even if one is (physically) in the company of others.’[15]

Fear of Allāh is a form of worship connected to the heart that drives one to strive, to be earnest, and to have a disposition to perform acts of devotion. The Messenger of Allāh said,

For this reason Al-Ḥāfiẓ ʿUbaydullāh b. Jaʿfar said, ‘A slave cannot seek aid for his religion with anything better than the fear of Allāh.’[17] The reality of this worship of the heart is borne across the limbs and thus we find in the aforementioned hadith about the seven who will have Allāh’s shade: “…a man who refuses the call of a charming woman of noble birth for illicit intercourse with her and says: I am afraid of Allāh…” Disobedience presented itself before him in its most accomplished decorative appearance and most splendid manner of temptation, and though a man like any other man, nothing but the fear of Allāh prevented him from her. There is a similar incident to this in the tale of the three persons who were caught stuck in a cave, when one of them supplicated: “O Allāh! You know that I was in love with a cousin of mine, like the deepest love a man may have for a woman, and she told me that I would not get my desire fulfilled unless I paid her one-hundred Dinars (gold pieces). So, I struggled for it till I gathered the desired amount, and when I sat in between her legs, she told me to be afraid of Allāh, and asked me not to deflower her except rightfully (by marriage). So, I got up and left her. O Allāh! If You regard that I did it for Your sake, then deliver us from this predicament.”[18] And in a variant narration: “O Allāh! If You consider that I did that for fear of you than please remove the rock.” This meek woman resigned herself to him and could only muster the matter of reminding him to fear Allāh but his heart awoke and became replete with fear of Allāh, which prevented him from committing the sin; the saying of Saʿīd b. Jubayr is an exceptional definition of fear:

“[Real] fear means to fear Allāh to the extent that your fear prevents your disobedience – that is fear.”[19]