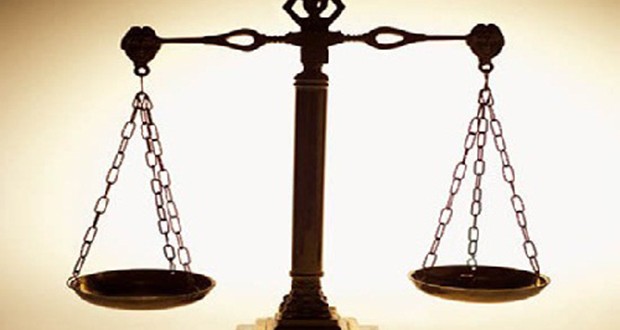 Allāh, Exalted is He, says,

“You of faith! Be upholders of justice, bearing witness for Allāh Alone, even against yourselves or your parents and relatives. Whether they are rich or poor, Allāh is more worthy of both. Do not follow your own desires and deviate from the truth; if you distort or turn away, Allāh is aware of what you do.”

“You of faith! Show integrity for the sake of Allāh, bearing witness with justice. Do not let hatred for a people incite you into not being just. Be just – that is closer to Taqwā. Have Taqwā of Allāh, Allāh is aware of what you do.”

“…give full measure and full weight with justice – We impose on no self any more than it can bear; be equitable when you speak – even if a near relative is concerned; and fulfil Allāh’s contract. That is what He instructs you to do so that hopefully you will pay heed.”

‘Inṣāf and ʿAdl are two terms for the same thing, they result in lofty ambitions and aspirations, high-mindedness, and the freeing of legal responsibility by taking on board righteous characteristics and abandoning vile traits.’[1]

The whole of Islamic Law is just and stands for justice, it promotes it and prohibits its opposite: injustice and wrongdoing (ẓulm). Allāh, Exalted is He, says,

“Say: my Lord has commanded justice.”

“Those who have faith and do not mix their faith with any wrongdoing, they are the ones who are safe; it is they who are guided.”

Faith, its foundations and its branches, its inner and its outer, is pure justice and the opposite of faith is ẓulm. The foundation of faith is acknowledgement, making ones Tawḥīd sincerely for Allāh Alone, having faith in His Names and Attributes, and making the religion and worship sincerely for Him Alone. The greatest form of ẓulm is to commit shirk, as Allāh, Exalted is He says, “Associating other with Him is a terrible wrong.”[2]

Al-Bukhārī records that ʿAmmār said, £Three qualities, whoever combines them has gathered together faith: being just, spreading the salām to the people, and giving in charity despite poverty.£

Al-Ḥāfiẓ Ibn al-Qayyim said in commentary to this ḥadīth,

‘These words comprise the foundations and branches of all good. Inṣāf leads a person to fulfil the rights of Allāh completely and the rights of other people completely such that he does not ask them for what is not due him, or burden them beyond their ability, that he deals with them in the way that he would like to be dealt with, forgives them for what he himself would like to be forgiven for, and that he judges them in the same way that he would judge himself: both for or against. Included amongst the ranks of inṣāf is a person being just to himself such that he does not claim for himself that which is not deserving for him; nor that he denigrates his nafs by abusing it; nor does he dishonour and humiliate it by disobeying Allāh, Mighty and Magnificent. Instead he should cultivate it, increase it in magnitude, and raise it through obedience to Allāh and actualising His tawḥīd, love of Him, fear of Him, hope in Him, absolute reliance in Him, turning to Him in penitence, and preferring what pleases Him to what pleases the creation… A person’s being just to himself leads him to have knowledge of his Lord and His right over him; and knowledge of himself and the purpose for which he was created…[3]

‘Ţūbā for the one who is just to his Lord and recognises his own ignorance, the great deficiency in his actions, his defects, his transgression of His rights, and his oppression in his daily affairs. Hence if Allāh takes him to account for his sins, the servant sees this to be from His justice; and if He does not take him to account, he sees this to be from His beneficence. If he performs a good action, he sees that it arose due to His blessings and gift. If He accepts it, the servant sees this as a second blessing and gift; if however, He rejects the action, it is because the likes of this action does not deserve to be directed to Him. If he commits an evil deed, he sees that it arose due to his relinquishing Him, his forsaking Him and His withdrawing His protection from him. This occurred due to His justice and through this he recognises his dire need of His Lord and his oppression of himself. If He forgives him then it is purely due to His beneficence, kindness and generosity.

The point of this discussion and the secret behind it is that the servant does not see his Lord except as one continuously bestowing goodness and he does not see himself except as one who is sinful, excessive and deficient. Therefore he sees every good that becomes easy for him to perform to be as a result of His Lord’s generosity and beneficence; and he sees everything that he dislikes being a result of his sins and His Lord’s justice.’[4]

A striking example of justice can be seen in what Aḥmad reports. The Messenger of Allāh (sall Allāhu ʿalayhi wa sallam) sent ʿAbdullāh b. Rawāḥah to Khaybar to estimate the amount of produce it would yield and its inhabitants tried to bribe him. ʿAbdullāh said,

‘Company of Jews, you are the most despicable of creation in my eyes: you killed the Prophets of Allāh, Mighty and Magnificent, and you lied against Allāh; however my hatred of you does not allow me to wrong you or be unjust towards you.’ The Jews said, ‘It is upon this that the heavens and the earth are established.’

Al-Ḥāfiẓ b. ʿAbdul-Barr said, ‘this narration shows that a believer, even if he hates someone for the sake of Allāh, should not oppress the one he hates’.[5]As some of the scholars said, justice is exemplified in the famous ḥadīth of Anas recorded by Bukhārī and Muslim, “None of you truly believe until he loves for his brother what he loves for himself.”.