RAMADAN MUBARAK!
Home / Current Affairs / Be a key that opens the doors to goodness 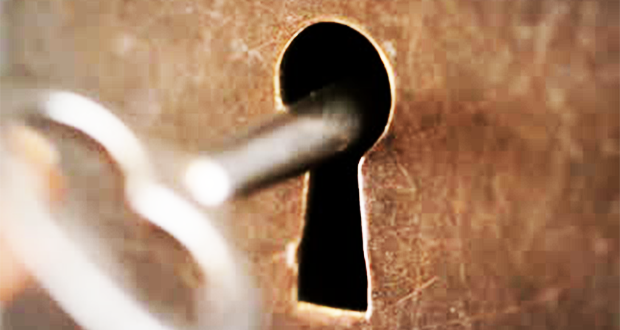 Be a key that opens the doors to goodness

In al-Munāwi’s commentary of this narration he quoted al-Ḥakīm saying,

On the opposite side of the spectrum, we find that a number of people initiated evil acts as well. The son of Ādam (‘alayhi al-Salām) was the first person to commit murder, about whom the Prophet (sall Allāhu ‘alayhi wa sallam) said,

“The first son of Ādam (‘alayhi al-Salām) takes a share of the guilt of everyone who murders another wrongfully because he was the initiator of committing murder.”[3]

“And [We had sent] Lot when he said to his people, “Do you commit such immorality as no one has preceded you with from among the worlds?”[4]

Taking the above into consideration, it is vitally important that we develop a conscious attitude towards initiating and reviving good deeds as well a conscious attitude that is weary of evil deeds that may be imitated by others. We should at the very least be of those that have the courage to tell others to do good. We should be able to say to others, for example: Brother, try and memorise such and such a sūrah; pass on this information or knowledge to others; attend this lesson; listen to this lecture; read this book; give such and such a person the following advice; write an article; correct a particular mistake; accompany such and such a person; spend on this noble cause; help so and so; give a sermon; enjoin the good and forbid the evil; feed that poor person; follow a funeral procession; build a mosque; stand up for Muslims that are being defamed in the media and raise awareness about injustices; and so on. The opportunities to earn good deeds are simply too many to mention.

Being a key to goodness implies that one should try to precede others in doing good deeds and encouraging others to do so. However, it is important to note that there are a number of impediments that prevent many people from taking such an approach. Below we will mention some of these obstacles.

This is quite a common concern that many people have and is in fact indicative of a healthy heart since a sick heart is not concerned with sincerity. A person will never know whether they are truly sincere or not until they are informed about their actions on the Day of Judgment, therefore a person should not wait until he feels as though he is 100% sincere in his actions before he embarks upon doing the action. Instead, he should strive to purify his intentions as much as he can and then embark upon the action, whilst asking Allāh (subḥānahu wa ta’ālā) to make him sincere. If we decided not to do an action due to fear of lack of sincerity, then no good deeds would be done, especially by the God-fearing, since they are more conscious about their intentions!

2.“Why should I encourage others when I am a sinner?”

Again, the fear of hypocrisy is a positive quality to have but should not discourage a person from doing a good deed. If a person does a good deed and at the same time does other bad deeds they will be held accountable for the bad deed itself and not because they did a good deed in conjunction with it. We are all sinners, and if sins were an excuse not to do good deeds, we would never do good deeds!

3. “There are people who are more suitable to do such a deed.”

Whilst in principle there may indeed be people who are more qualified or more skilled to do a particular good deed, it should not necessarily prevent a person from doing good deeds. Imām Aḥmad described the person who gave up his position in the front row of prayer to a more righteous individual to be a fool (aḥmaq). People become highly skilled due to their years of experience. Such people were at one stage not very experienced and would have had more senior people above them, yet that would not stop them from engaging in those good deeds

Sometimes, laziness or a general lack of eagerness can be camouflaged with the gown of humility. Humility should not be a barrier to do good deeds nor should it be equated with inactivity. A person can be humble yet be the most active of mankind.

“He who inaugurated a good practice in Islām which was followed after him (by people) would be assured of reward like one who followed it, without their rewards being diminished in any respect. And he who inaugurated some evil practice in Islām which had been followed subsequently (by others), would be required to bear the burden like that of one who followed this (evil practice) without theirs being diminished in any respect.”[5]

May Allāh (subḥānahu wa ta’ālā) grant us all sincerity, makes us keys for goodness and make us amongst those who race with one another towards goodness and Paradise. Āmīn.

Previous: Why do we delay suitable marriages?
Next: The Qur’ān’s miracle for non-Arabic speakers

Ramadan of the Prophet ﷺ