Climbing the Mountain Pass of Knowledge 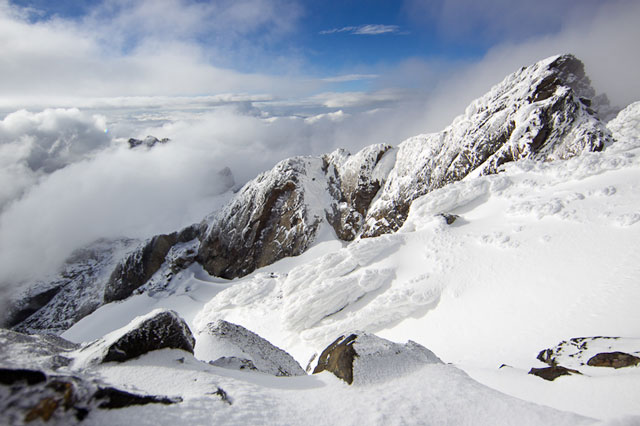 The best form of worship is when the act is performed with Allah in mind from the beginning until the end.

All praise belongs to Him, and may the choicest benedictions and salutations be upon His Prophets.

It has been pointed out that charity extends beyond the spending of pounds and pence, but includes even the efforts to seek an education, and then to teach others, seeking the countenance of God.

And it is perhaps in this context that Imam al Hasan (rahimahullah) stated: “That I be granted even a single chapter’s worth of sacred knowledge, is more beloved to me than even amassing all the world’s wealth and spending it philanthropically in the cause of Allah.” For him learning, educating and disseminating knowledge was disseminating life for the mind and soul.

Knowledge accords us with a deep sense of who we are and what our actions and statements can be measured against. It is a constantly refined criterion for us remaining upright. And hence knowledge is a responsibility – in how it is implemented, and how it is dispensed.

“The two feet of the son of Adam will not move from before His Lord, until he is asked about five things: his life how he spent it; his youth how he utilised it; his wealth from: where he earned it and how he spent it; and his knowledge – what he did with it.” In spite of this huge responsibility that knowledge carries, the instances throughout the annuls of the luminaries urging the learning and distilling of knowledge are countless. Perhaps this is because knowledge gives us an opportunity of realising what we all really can be, as part of an on-going refinement of our character and personality. It was after all, the Prophet Adam, salallahu ‘alayhi wasallam, who was first taught by Allah the ‘names of all things’; and it was by the yardstick of knowledge that his status was made clear.

Abu’l-Dardaa’, the illustrious Companion of the Prophet (salallahu ‘alayhi wasallam) noted that: “Scholars are like the stars in the darkness of the night’s skies – it is by their presence people can navigate and are guided.”

It was said, as occurs in the old Arabic adage, that the nobility of a science is related to the status of what is learnt about. Hence learning about divine teachings and exploring its importance is something worth our time. But all too often we miss out on the other positive intentions that we can aim for in this blessed journey we embark on, of being torch bearers of the divine flame which warms the lives and hearts of millions.

And so it is with great happiness that I can present a collection of some of the many reasons found in the Islamic tradition encouraging our attendance of classes of learning. I found it greatly emerging and refreshing. I hope you do too.

The seeking of knowledge is no doubt a virtuous action, but perhaps we often miss out on much reward when seeking knowledge by simply not having intended, from the outset, to convert that knowledge into actions. Moreover the very deed of seeking sacred knowledge itself opens the doors to many opportunities to do various righteous actions which accompany the process of acquiring the knowledge we are seeking to gain.

If we consciously ponder upon the intentions below (amongst others) and try to have them present in our minds when pursuing sacred knowledge, be it when we attend an Islamic class or listen to an Islamic lecture, then we will no doubt be more likely to gain more rewards for our actions, and will also realise a difference in our output in the amount of knowledge we understand and retain.

So when attending your next local Islamic class at the Mosque, seminar or halaqah, why not try to gather the following intentions:

1. To learn the knowledge so that you can worship Allah upon insight and clear evidence, as Allah instructed the Prophet (salallahu ‘alayhi wasallam) and the Muslims in Surah Yusuf:

Say, ‘This is my way: based on clear evidence, I, and all who follow me, call [people] to God– glory be to God!– I do not join others with Him[1]

2. To purify yourself with the knowledge. Sayyiduna Umar (radiallahu ‘anhu) said, “A man leaves his house and he has sins the size of the Tuhama mountains, and if hears the knowledge he fears, returns (to his Lord) and repents, so he returns to his house and he is carrying no sins, so do not stay away from the circles of knowledge”

3. To worship Allah in the schools of knowledge. The illustrious tabi’ii and famous exegete, Qatada (rahimahullah) said, “A door of knowledge that a man preserves for rectifying himself and those after him is better than constant worship for a whole year”

4. To increase the visible appearance of the Muslims and to meet Allah’s believing slaves. “In the gatherings of the believers there are many benefits which include: Being friendly with each other, increasing love between each other, increasing the iman, putting fear in the hearts of the enemies, and much more”

5. To be in a state of i`tikaf (if the class is in the masjid) for the period of the class for the ones who hold the opinion that i’tikaf can be in any masjid and can be for only a few hours. If not, then intend to be secluded with Allah for this period

6. To gain reward for attending a circle of knowledge. The Prophet (salallahu ‘alayhi wasallam) said, “There are no group of people that sit together in a house of the houses of Allah reading Allah’s book and studying it between them except that tranquillity will descend upon them, mercy will encompass them, the angels will surround and protect them, and Allah will mention them to those that are with Him (to the highest angels).”[2]

7. Hope for Allah to forgive your sins. Even if you learn nothing, but just being with the people who are righteous, Allah will forgive your sins. The Prophet (salallahu ‘alayhi wasallam) said, “No people sit together to remember Allah and then they disperse except that it is said to them “disperse or get up for you have been forgiven.”[3]

8. To gain nūr (light) on your face in this life and the hereafter. The Prophet (salallahu ‘alayhi wasallam) said, “Allah gives light to a man who hears a hadith from us and he memorises it and he remembers it and he tells others about it. (He may not understand it but the person he conveys it to will understand it and share it). Sometimes someone carries and transfers knowledge to someone who is more knowledgeable than him, and sometimes someone carries knowledge and he is not knowledgeable.”[4]

9. To be included in the du’a of the angels (if the class is in the masjid after salah). The Prophet (salallahu ‘alayhi wasallam) said, “The angels will carry on praying for a person if he remains in the place where he prayed inside the masjid and has not lost his wudhu (even if not attending a circle of knowledge). The will say “O Allah forgive him, O Allah have mercy on him.””[5]

10. To gain the reward of being in a state of salah (if the class is in the masjid before salah). The Prophet (salallahu ‘alayhi wasallam) said, “You will remain in a state of salah as long as you are waiting for the salah (to start and finish) and nothing is stopping you from going home except the salah.”[6]

11. To gain the pleasure of Allah and the angels (they are only pleased with who Allah is pleased with). The Prophet (salallahu ‘alayhi wasallam) said, “Verily the angels lower their wings (out of respect) for the one who seeks knowledge out of the pleasure for what he is doing.”[7]

12. So Allah makes your way to Jannah easy. The Prophet (salallahu ‘alayhi wasallam) said, “Whoever seeks a path through which to gain knowledge, then Allah will make easy a path for him to Jannah (e.g. facilitate study for you, making the Day of Judgement easy i.e. journey over sirat, etc).”[8]

16. To learn this knowledge and teach it to the people so that Allah speaks highly of you and the angels pray for your forgiveness. The Prophet (salallahu ‘alayhi wasallam) said, “The difference between a scholar and a worshipper is like the difference between me and the lowest of you (of the sahabah). Verily Allah,the angels, the inhabitants of the Heavens and the Earth, and even the ant in its hole and the fish, they make du’aa for the one who teaches people good.”[12]

18. So that you learn something and Allah helps you guide a person with this knowledge. The Prophet (salallahu ‘alayhi wasallam) said, “For Allah to guide a person in your hands is better for you than to have the red camels (most expensive camels)”.[14]

19. So Allah raises you in ranks in Jannah, as mentioned in Surah Al-Mujadalah: “Allah will raise up, by many degrees, those of you who believe and those who have been given knowledge.”[15]

20. To increase your fear of Allah, which will push you to do more good. Allah says in Surah Fatir: “Verily the ones who fear Allah from His salves are the knowledgeable ones.”[16]

21. So that you can teach someone and they act upon what you tell them, so you are subsequently rewarded for their actions. The Prophet (salallahu ‘alayhi wasallam) said, “Whoever calls to Allah, for him is the same rewards as those who follow what he said, and that does not decrease in their reward.” (Reported in Muslim) The Prophet (salallahu ‘alayhi wasallam) also said, “The one who directs towards good is like the one who does it.”[17]

Do not restrict yourself to these intentions for Allah may also open up for you many more intentions and your reward is then increased even more.
Intentions are called the “trade of the scholars”. This is because scholars have great knowledge in Islam, so before every action they do, they intend to do it for the sake of Allah, and by that they get rewarded for it. Their habits become acts of worships, while for many of us, our acts of worship become like habits. If we adjust our intentions before doing many everyday actions, we can get rewarded for them. We can even be rewarded for eating or going to sleep!