We've got your Lockdown covered
Home / Featured / Metaphors we live by 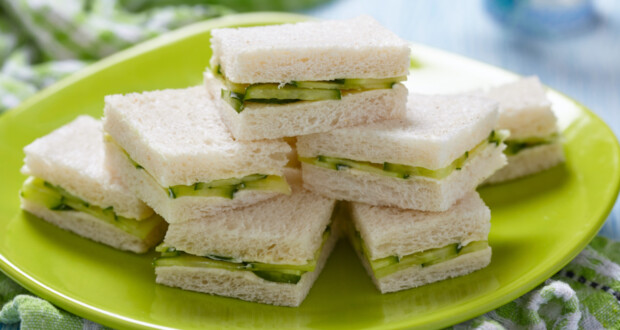 A moment of pause amongst the routines of life can unlock a powerful world of hidden truths. Unravel the metaphors which will drench the mundane minutes with oceans of meaning.

An uneventful lunch with an uninspiring cheese and cucumber sandwich forced my six-year-old daughter to point at her offering and confidently declare:

Wondering what flavour of quackery I was about to receive, I gently asked, “Life? Why is your sandwich like life?”

“Well,” the words poured out through two missing front teeth and a whole lot of passion, “The bottom slice of bread is like Jannah, where we are from. The filling is our life right now. The top slice is Jannah again, where we will go back to. Right now, we are cheese and cucumber.”

Right now, we are cheese and cucumber.

And right now, we are living a life teeming with metaphors that unravel core and timeless truths. Children are shockingly adept at accessing these truths. They are able to see the truth of one thing manifest in another. Metaphors are an efficient way of packing the meaning we seize from something and see it in action elsewhere.

And the more sensitive you are to spotting them, the more they keep coming.

They come while the kids are full of scratches and scrapes from thorns of the blackberry bush. Reaching as high as they can, they stretch those little limbs to claw at the biggest and ripest berries at the top.

“Mummy, the green and red ones are so easy to get, they don’t even have thorns around them. The ones we want up there are such hard work to reach, and we keep getting pricked. Only the small green ones that the dogs sniff at are easy to reach. Getting the best ones mean lots of thorn pricks.”

Never were truer words spoken. The high-resting, juiciest, plumpest berries inevitably means the pain of reach, exertion, and determination through the endless scratches and thorns that surround them. A single bush carries a spread of offerings, from the ripe and ready to the unripe and bitter. The distribution of thorns across them are not equal. The leaves that sting protect the ripest, whereas the hard green berries sit bare and exposed. Getting the best means being ready for cuts and scratches along the way.

An awkwardly assembled line of dominoes threw open another rumination on the human condition, particularly to do with consequence and continuity.

Assembling those dominoes requires patience, and sometimes it is just too taxing for impatient little fingers. An incorrectly placed domino meant that all those after it did not fall – they needed a second flick of a finger to send them hurtling:

“These dominoes are like your dad, grandad, great-granddad, great-great-granddad and great-times infinity-granddad… How they all line up properly to pass things on and on… But if one of them is wonky and out of line, everything stops after him. To get things moving, they need to be pushed again by something new. You need a new flick to get those dominoes to fall the way they’re meant to.”

And so, in some messy, non-linear, and boggling way, the fact any of us have a belief in tawhīd today is evidence of this gift of imān being transferred from one generation to the next – from Adam (‘alayhi al-Salām) to the last believer at the End of Time. Sometimes the chain gets broken and “re-flicked” into action elsewhere, but the motion keeps on going. There is a metaphysical chain that started eons before our time on Earth and will continue long after we leave. We only ask that we serve our own role as that essential rightly-aligned domino in the lineage of imān for countless future generations. Allāh will flick the dominoes, so to speak, into their intended action despite us, so it is only our privilege to make it into the chain of believing souls in the first place.

The Daily Tidy Up

Most of us recognise the bane of every parent’s existence: the quest to get your children to tidy up. Stray Lego, abandoned glitter glue pens, and God knows what soil, mud, and leaf mixture from the garden lead to the impassioned cries:

“Please, please, not yet. I hate tidying up, it’s so boring. It’s so tiring. It’s so unfair. It’s just bad. The only good thing about tidying up is when everything is nice and clean afterwards. Is there any way to get tidy without tidying?!”

Now this is one that I am sure would send moral philosophers spinning faster than the spinning tops littering my kitchen. How does one become tidy without tidying?

The grit, the struggle, and the sheer hard work that goes into things we want to achieve are unavoidable. We all love the fruit but wince at the toil involved. But like the thorns around the best blackberries, the clear uncluttered space does not come before the repetitive and unenthused labour involved. Hardships surround Jannah and exciting temptations beautify the path to Jahannam.

The daily “tidy up time” and the corresponding anguish and protest it elicits will forever serve as a metaphor that nothing worth having comes easy, and the path there is often not the least bit enjoyable either. It is only the satisfaction of exhaling in a clear and clean space that provides you with motivation to push through. One day the ‘space’ we declutter and strive for will be clear of hardships and pain, and clean of everything the soul finds undesirable. Until then, we toil… Excruciatingly stepping on Lego one piece at a time…

Dropping off a grandparent to the airport

Those long visit to airports when picking up or dropping off relatives is an event many of us are all too familiar with. There are few arenas quite like airports that serve as a powerful metaphor for life in general, and it is almost impossible to miss all the ways they are similar. Everybody is on a journey. They may be riding in the same vehicle for a short period of time, but the reasons for their journeys and their final destinations vary widely. There are the ‘departures’ and ‘arrivals’, with people crying as they send loved ones off abroad, and crying when they finally receive them back, waiting anxiously among strangers to make out their loved one’s face in the crowd.

Then there is Customs. You know, the bit that you can breeze through if you have “Nothing to Declare” or where you can be stuck for hours accounting for yourself if you have “Something to Declare”. There are also the declarations that you have already made (so are easier to pass with) and those which you have never acknowledged and so are facing the music for the first time. Think of all the baggage we carry and what we will ultimately have to “declare” in accounting for ourselves. Think of the blessed position of those who pass through with everything on their record already waived.

Keep an eye out for the extraordinary in the ordinary

Few of us live lives where, without caution, we can throw ourselves headlong into adventure, globe-trotting discoveries, or soul-expanding experiences outside of life’s responsibilities. But sometimes, the secret to living meaningfully, deeply, and richly is no further than your own reality, whatever form that takes.

Seeing the profound realities of life’s existence does not require wild escapades and immersion into other ways of living. It requires new eyes to look deeper into what is already there. The world around us is full of the signs of Allāh, and these fill the small and seemingly inconsequential as they do the grand and mind-blowing. Whether you are sat watching an ant carry away crumbs ten times the size of its body, or trying to wrap your head around the idea of dark matter, there is metaphor and meaning in it all. Access the deeper layers beneath the surface reality of the life that we live by scrutinising things for a moment longer. Some reflection can throw up unexpected and profound insights, even – and especially – amid the so very ordinary. Sometimes, it is not new horizons we need, but new lenses through which to look at the extraordinary truths already laid bare right in front of our eyes.

The Boy that Changed the World 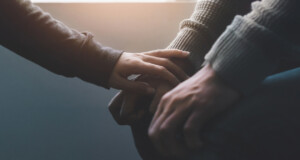 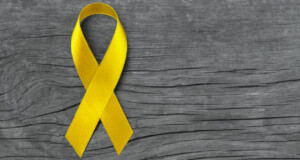 Helping Someone with Suicidal Thoughts