#STAND4UYGHURS
Home / Featured / The Hadith of The Cow That Spoke 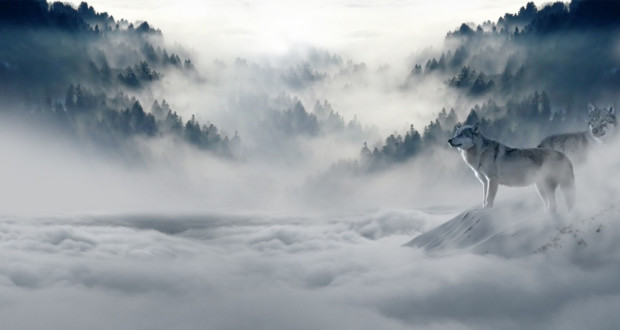 The Hadith of The Cow That Spoke

The Prophet Muhammad (sallAllāhu ʿalayhi wasallam) never fell short in surprising his companions from time to time with stories, real life ones, which he would use to capture their attention and as a platform to get across to them key messages that each Muslim needs during his journey to Allāh and the Home of the Hereafter. Below is one such story.

“The Prophet (sallAllāhu ʿalayhi wasallam) once finished praying his Fajr Salāh and then he turned to the people and said, ‘Whilst a man was moving a cow he mounted its back and hit it, so it spoke to him saying, ‘We were not created for this purpose, we were created for ploughing.’ The people said, “Subhān Allāh! A cow that speaks?” The Prophet (sallAllāhu ʿalayhi wasallam) said, “I believe in this, and so do Abū Bakr and `Umar” and neither of Abū Bakr and ‘Umar were present.

And whilst a shepherd was amongst his sheep, a wolf attacked them and took one away. The shepherd chased the wolf and rescued the sheep, and so the wolf turned towards him and said, ‘You managed to save it this time, but who will be its guard on the day of wild animals,[1] when nobody except I will be its shepherd?’ The people said, “Subhān Allāh! A wolf that speaks?” He said, “I believe in this, and so do Abū Bakr and ‘Umar” and neither of Abū Bakr and ‘Umar were present.”[2]

“How strange is this? A wolf who’s sat on his tail speaking to me like the speech of human beings!”

“Shall I not inform you of something stranger than this? Muhammad (sallAllāhu ʿalayhi wasallam) in Yathrib (Madina) telling people about the news of those of the past.”[3]

As a rule: The Prophet (sallAllāhu ʿalayhi wasallam) would never relay a story to the companions except if he knew that it contained treasures of lessons that would add to their greatness and serve their relationships with Allāh. Below are just four of these treasures:

The first: The greatness of Abū Bakr and ‘Umar

The power of Abū Bakr and Umar’s Yaqīn/certainty and supremacy of their īmān was such that the Prophet (sallAllāhu ʿalayhi wasallam) made mention of their belief of this story despite their absence from that very gathering. It is for this reason that some scholars who have documented within their books the virtues of Abū Bakr and ‘Umar have included this Hadīth under that heading.

It was once said to the Prophet (sallAllāhu ʿalayhi wasallam):

“Will you not appoint Abū Bakr or ‘Umar? They are better.” He responded:

“I cannot do without them. They are, to this Dīn, like what ears and eyes are to the head.”[4]

The second: Unconditional belief in the unseen

In this story, it was their unwavering belief in the unseen that made Abū Bakr and ‘Umar stand out more than others.

“And the one who has brought the truth and (who) believed in it – those are the righteous.”[5]

The belief in the unseen is so central to who we are as Muslims that the six pillars of īmān, every single one of them, are directly linked to the unseen. In fact, in the absence of such a belief, according to the Qur’ān, one cannot benefit from the Qur’ān.

“This is the book in which there is no doubt, guidance to the people of righteousness.”

Who are the “people of righteousness” whom the Qur’ān will be a means of guidance for? The Āyah after it identifies their very first characteristic:

الَّذِينَ يُؤْمِنُونَ بِالغَيْبِ / “Those who believe in the unseen..”[7]

Our era in particular is one of large-scale attack on belief in the unseen. If, despite this downpour of opposition, you find your heart still stationed within the domain of belief in the unseen, unmoved by the doubts of the doubters, then take it as one of your most hopeful signs in life that Allāh is preparing you for Jannah.

Whether one has seen it or not, and regardless of whether one is able to comprehend it or not, the motto of the believer is the exact same words of Abū Bakr who said:

“If the Prophet Muhammad (sallAllāhu ʿalayhi wasallam) has said it, then he has told the truth.”

The third: This is what is worthy of your attention

In the story above, the shepherd was astonished to see a wolf speaking. The wolf however was quick to rearrange the shepherd’s amazement, telling him that what was worthier of his amazement was “Muhammad (sallAllāhu ʿalayhi wasallam) in Yathrib (Madina) telling people about the news of those of the past.” The fact that you have within your home a book, the content of which is not from this universe, is what is truly deserving of your astonishment. A book that has described the happenings of the past with flawlessly accurate detail, a book that speaks of the events that shall unfold tomorrow, and a book that is compatible, rather, a solution to every era it witnesses. According to the wolf, this is where amazement should be cast.

A group of Jinn once listened to the Prophet (sallAllāhu ʿalayhi wasallam) as he recited the Qur’ān. He was unaware of this at the time, and so Allāh informed him about their reaction, saying:

“Say, [O Muhammad], “It has been revealed to me that a group of the jinn listened and said, ‘Indeed, we have heard an amazing Qur’ān.”[8]

Should we narrate to people the story of animals that speak like us or of spooky Jinn encounters, we’re all ears, yet according to the Jinn themselves, it is this Qur’ān that is deserving of our amazement! If this amazement is not reflected in our daily relationship with the Qur’ān and goals regarding it, then it means that we are yet to fully appreciate the reality of this book that is with us, that book that would have caused mountains to crumble had it been sent upon them.

“I, at times, recite the Qur’ān and pause at a Verse which baffles me and causes me to wonder at how the memorisers of Qur’ān are able to sleep at night and engage in any worldly doing whilst they’ve captured the words of Allāh. If they’d truly understood what they’re reciting, appreciated its right, found pleasure in it, and enjoyed calling their Lord through it, they wouldn’t be able to sleep at night due to the sheer joy of what they’ve been blessed with.”

“I wish I’d limited myself to the Qur’ān.”

Ibn Taymiya said towards the end of his life:

“I regret having wasted the majority of my time in other than the meanings of the Qur’ān.”

Start an active study of the Qur’ān, let patience and determination be your companion during that journey, and watch how your lives, both of them, will change forever.

The fourth: Have you discovered your role?

In the story above, when the cow was mounted, it said “We weren’t created for this purpose, we were created for ploughing.”

Cows are not typically used for riding, like horses and donkeys. Allāh said:

“And [He created] the horses, mules and donkeys for you to ride…”[9]

Despite the cow being a mere animal that lives its life according to its instincts, nevertheless it knew its purpose in life, whereas many of us – the supposedly intelligent and sophisticated human beings – remain completely unaware of why we are here and what our role is.

In the year 2119, in just 100 years from now, every single reader of this piece will likely be underground, our bodies having become part of the soil. During that time, our fate with respect to paradise or hell would have been made known to us. Meanwhile, our houses that we would have left behind will have become homes for others, our clothes would have become garments for others, our cars will be driven by others, and as for us, we will be – for the most part – never thought about by anyone again. How often do you think about your great grandfather? How often does your great grandmother cross your mind?

Our presence here on earth today, that presence that we make so much noise about and shed so many tears for, was preceded by countless generations before us and shall be followed by countless generations after us. Every generation that passes through this world barely finds the time to take a glance at the dunyā before needing to bid it farewell and to hand over the baton, having not fulfilled even a fraction of one’s ambitions. Our lives are, in reality, far shorter than we imagine.

In 2119, every one of us will realise from within the grave just how worthless this world actually was and how trivial were those dreams that were centred on it.

In 2119, every one of us will be wishing that we had dedicated his life to the great matters, the matters of Islām, and had devoted ourselves to the collecting of good deeds, particularly those good deeds that continue to benefit after our death.

In 2119, many of us reading this piece will be screaming out but in vain:

“My Lord return me! So that I may do good in that which I have left behind…”

The response to this request, however, shall be harsh:

“No! It is only a word he is saying; and behind them is now a barrier until the Day they are resurrected.” [10]

The angel of death will not wait until you and I become righteous.

Let us become righteous, then wait for the angel of death.

You are an amazing person, a reformed person, and so keep repeating the question until you arrive at an answer:

If an animal was aware of its role in life, then – as an honoured human being – what is mine?

[4] AtTabaraani, on the authority of Ibnu ‘Umar

[6] Tafseer AtTabari. This meaning is undoubtedly part of what this Ayah captures, not its entirety, for the believers have also believed in what the Prophet (sallAllāhu ʿalayhi wasallam) has come with, etc.

Previous: Bullied Syrian boy Jamal plans to set up charity with donations given to him
Next: Are we losing the next generation? Islam21c Big Discussion