Were You Created to Sin? 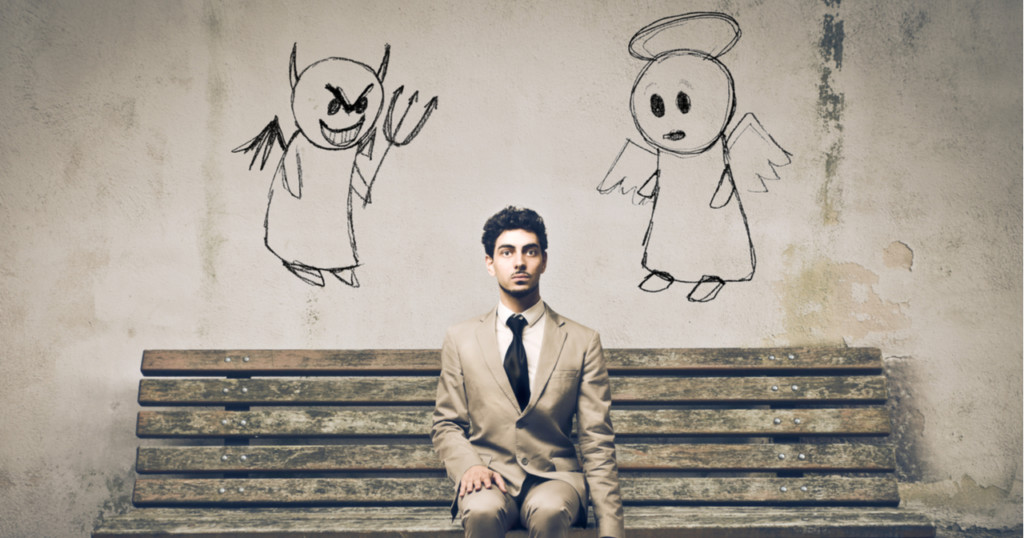 Allāh (subḥānahu wa taʿālā), through His Great Majesty, created mankind knowing they would commit sins. Does this mean we were doomed from the onset? Or, is it possible to have hope in al-Raḥmān? Or, even more miraculously, can a sinner be honoured through an act which is carried out after a person falls into sin?

Our beloved Messenger of Allāh (ṣall Allāhu ʿalayhi wa sallam) came with an astounding revelation that can only spark hope and optimism into the sinner, in which he said:

“By Him in Whose Hand is my life, if you were not to commit sin, Allāh would sweep you out of existence and He would replace you with a people who would commit sin and seek forgiveness from Allāh, and He would have pardoned them.” [1]

History has shown, right from the beginning of the creation of Ādam (ʿalayhi al-Salām), that mankind is prone to fall into error and sin. An astonishing scene is found at the beginning of Sūrah al-Baqarah, in the presence of Allāh (subḥānahu wa taʿālā) and the supreme society of angels – His perfect creation. The angels, who only obey Allāh (subḥānahu wa taʿālā) and are free from any shortcomings, questioned Him on why human creation was being sent down to earth as a vicegerent:

“They said, ‘Will You place upon it one who causes corruption therein and sheds blood, while we declare Your praise and sanctify You?’” [2]

As to what follows in this passage of the Qur’ān, we see that our Prophet Ādam (‘alayhi al-Salām) fell into sin, but his reaction to the sin teaches us what act needs to be done when we also slip. This action of our role model was so great that it was mentioned in the Qur’ān. This is perfectly demonstrated in the following āyah:

“Then Ādam was inspired with words [of prayer] by his Lord, so He accepted his repentance. Surely, He is the Accepter of Repentance, Most Merciful.” [4]

A very profound point mentioned by the scholars is that one of the wisdoms in Allāh (subḥānahu wa taʿālā) creating a sinful creation is to manifest His Mercy. In the Qur’ān, the most common motives of the Names of Allāh revolve around mercy and forgiveness. The bulk of the Names of Allāh that have been revealed to us also revolve around mercy and forgiveness. Reflect over the Names: al-Raḥmān, al-Raḥīm, al-Ghaffār, al-Tawwāb, al-Wadūd, al-Karīm, al-ʿAfuw, and al-Ra’ūf. Each one of these names demonstrate to us that our Lord is a Merciful Lord! The fact that many of His names are related to forgiveness only highlights how important seeking forgiveness is, and thus, encourages us to seek forgiveness from Him.

Just imagine. You commanded a person, of whom you had authority over with clear and concise instructions, and in return, they intentionally went against your orders – not just once, but repetitively or even on a daily basis. How would this make you feel?

Al-Raḥmān, knowing that His creation sins and disobeys Him regularly, calls this creation back with honour. Al-Raḥmān acknowledges them with honourable titles, referring to them as “My Slaves”, even if they sin by day and by night.

“O My servants, you commit sins by day and by night, and I forgive all sins, so seek forgiveness from Me and I shall forgive you.” [5]

Al-Raḥmān acknowledges them through the honour of Ādam (ʿalayhi al-Salām), even if their sins were to reach the clouds of the sky.

“O Son of Adam, were your sins to reach the clouds of the sky and you then asked forgiveness from Me, I would forgive you.” [6]

Therefore, we should honour Him in return.

What is your personal relationship with Allāh (subḥānahu wa taʿālā), such that He will address you in such a loving manner? We have a Lord, who is honouring us after sinning excessively, treating us in a personal manner when we are undeserving of it. Should this not spark reflection of how personal our relationship is with our Creator?

What does attention span have to do with seeking forgiveness? In seeking forgiveness, there is a requirement to knowing oneself – to spend time alone and free from all distractions, without feeling boredom, fidgety, or the need to pick up a phone. This is so that you can deeply reflect upon yourself and discover those hidden sins. This process requires deep thought and introspective accountability in order to pluck out the inner diseases of the heart – which are the most severe. Take steps to truly know yourself. Make a gradual plan to create some space daily, one that is free from distractions, so that you can reflect upon your mistakes and speak to your Lord.

If we go back to the question of this article, “Were you created to sin?”, then, yes, we were created as a sinful creation, but not to sin rather to worship and glorify Allāh. The main message I want our honourable readers to take from this article is to know that Allāh (subḥānahu wa taʿālā) does not love the sin, but He loves the repentance of the sinner who inevitably slips on his journey to Him. So, do not despair when you slip up, because the reality is that everyone will surely slip, and instead, focus on the honourable act to follow the sin. This is beautifully summarised through the words of our Messenger (ṣall Allāhu ʿalayhi wa sallam):

“Every son of Ādam sins, and the best of the sinners are the repentant.” [8]