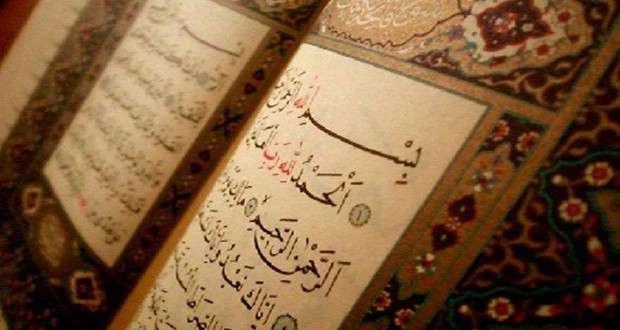 How to Benefit from the Quran

If you truly want to benefit from the Qur’an, your heart must be attentive and alert when reciting it or listening to it. Listen to it carefully with presence of mind, paying attention to it as if Allah Himself was speaking to you directly. Understand that this Qur’an is an address directed to you from Allah, Most High, upon the tongue of His Messenger (SAW).

“Truly there is a reminder in this for anyone who has a heart, or who listens attentively with presence of mind.”[1]

A deep and lasting impression is dependant upon something that will stimulate a person, a location that can be influenced, his being in the right condition, and removing any barrier that would impede this from happening. This verse mentions of all of these in the most succinct and lucid of ways; clearly articulating the intended meaning.

“Truly there is a reminder in this” refers to the previous verses of this chapter. This, the Qur’an, is the stimulus.

“for anyone who has a heart” refers to the location that can be influenced. The heart referred to here is the living heart: the heart that is aware of Allah. He, Most High, says, “it is simply a reminder and a clear Qur’an so that you may warn those who are truly alive,”[2] i.e. those whose hearts are alive.

“or who listens attentively,” i.e. directs his faculty of hearing towards it and pays it the utmost attention. This is the condition that must exist for a person to be roused by the words.

“with presence of mind,” i.e. with an alert and present heart, not one that is unmindful and absent. Ibn Qutaybah said, ‘i.e. a person who listens attentively to Allah’s Book with presence of heart and mind, not someone who is unmindful with an absent air.’[3] This then alludes to the barrier: an unmindful and inattentive heart which does not understand what is being said and, as such, is unable to reflect upon it or direct any conscious thought towards it.

Therefore, if all these things come together, the end-result is obtained: benefiting from the Qur’an and taking heed.

If someone were to ask: if the end-result, the lasting impression, is only attained by the combination of these matters, why then did Allah say “or” in the verse, “or who listens attentively” which implies a choice between one or another option? Surely “and” should have been mentioned in its place?

It is said in reply: this is a good question; “or” has been mentioned by taking into consideration the state of the addressee.

Some people have hearts which are alive, hearts that will readily accept the truth and whose innate nature (fitrah) is intact; if such a person was to reflect in his very heart and turn his mind to it, he would conclude that the Qur’an is authentic and true. His heart would witness what the Qur’an informs it of and the subsequent impression upon it would be light layered on top of the light of its innate nature. This is the description of those about whom it is said, “those who have been given knowledge see that what has been sent down to you from your Lord is the truth.”[4]

“Allah is the Light of the heavens and the earth. The metaphor of His light is that of a niche in which there is a lamp, the lamp inside a glass, the glass like a brilliant start, lit from a blessed tree, an olive, neither of the east nor the west, its oil all but giving off light even if no fire touches it. Light upon light! Allah guides to His Light whoever He wills, Allah propounds metaphors for mankind and Allah has knowledge of all things.”[5]

This verse refers to the light of the innate nature covered by the light of revelation; this is the condition of the person who has a living, receiving heart. We have explained this verse, its subtleties and lessons in detail in our book, Ijtima` al-Juyush al-Islamiyyah `ala Ghazw al-Mu`attila wa’l-Jahmiyyah.[6]

Therefore, the person who has this type of attentive heart receives the meanings of the Qur’an and readily accepts them so much so that it seems as if the words have been inscribed in his heart and he is able to recite them fluidly from memory.

Other people have hearts which fall below the level of those mentioned above; their hearts are not as ready to receive the truth, they are not completely alive, and their innate nature is not as refined. Therefore, they stand in need of a witness who would differentiate the truth from falsehood for them. In order to be guided, such a person must pay the utmost attention to the Qur’an’s words, he must devote his heart to it, ponder it and comprehend its meanings, and only after this will he come to realise that it is true.

The first type of person sees the truth of what he is invited to and informed of with his own eyes. The second type of person has learned that it is the truth, has certainty in it and is satisfied. The first has attained the ranking of beneficence, ihsan and the second has attained the ranking of faith, iman. The first has attained `ilm al-yaqin from which his heart has ascended to the degree of `ayn al-yaqin. The second has acquired that level of unwavering belief which takes him out of the fold of disbelief and into the fold of Islam.[7]

Previous: Ramadan: The Month of the Qur’an
Next: Ibn Rajab on the 15th of Sha’ban