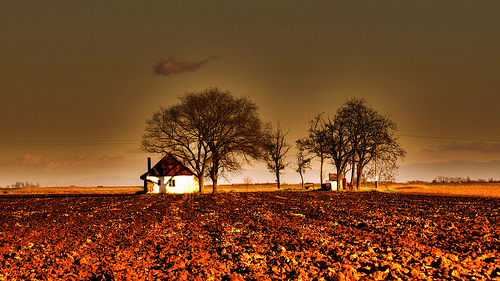 The fate of people who did not hear of Islām is a common question on the minds of many, yet it is easily understood when one appreciates the all-encompassing nature of Allah’s Knowledge and His absolute justice.

—
Allāh’s knowledge is all-encompassing. His infinite knowledge is perfect and complete and include in it the deeds of the creation; their good deeds, their misdeeds, their motives and even their passing thoughts; nothing of what they would do escapes His knowledge. The statement of the author draws attention specifically to this dimension of Allah’s Knowledge and how it relates to a person’s accountability before Him.

Allāh, Exalted is He, knows what has happened, what will happen, what did not happen and, even were it to happen, He knows how it would happen. The fact that Allāh is knowledgeable even about matters which did not happen is evident from what He says about the disbelievers when they are brought on the day of resurrection: ‘and if they were sent back they would merely return to what they were forbidden to do’; as if to say that had they been allowed to return once more to the earth, then I am aware of what they would do of misdeeds.

The infinite knowledge of Allāh is one of the underlying lessons that can be derived from the story of Mūsā and al-Khiḍr. When al-Khiḍr killed the young boy before Mūsā, Allāh said: ‘And as for the boy, his parents were believers, and we feared lest he should oppress them by rebellion and disbelief’, meaning that had he lived longer he would have done much evil. Only Allāh could know what would have happened as His knowledge is perfect and infinite: ‘And Allāh is the All-Knower of each and everything’1

WHAT IF A PEOPLE DID NOT HEAR ABOUT ISLĀM?

The fate of people who did not hear of Islām is a common question on the minds of many, yet it is easily understood when one appreciates the all-encompassing nature of Allah’s Knowledge and His absolute justice.

The aforementioned verses are used by those who hold the opinion that someone may be punished despite the fact that they only heard about a distorted version of Islām, or not heard anything at all, as Allāh would have known what they would have done had the message been presented to them.

The ruling on those disbelievers who never heard about Islām or only heard a distorted version of Islām has been differed over. Some scholars stating that they will be tested on the Day of Judgement. And some other scholars stating that Allāh would send them to Hellfire or Paradise based on what Allāh in his infinite knowledge knows they would have done had they been presented with the pristine message of Islām during their lifetime.

Allāh, Exalted is He, placed inside of every human being an internal compass that recognises absolute truths and absolute falsehood. This internal compass is mentioned in the Qur’ān as al-Fiṭrah, when Allāh said: ‘So set your face firmly towards the Religion, as a pure natural believer, Allāh’s Fiṭrah on which He made mankind. There is no changing Allāh’s creation.’2
The Fiṭrah is what makes human beings inclined towards the belief that they were created by a supreme creator (Tawḥīd al-Rubūbiyyah), accept the call of Messengers of Allāh when they see them, and enables them to recognise the virtue of truth, good character, and nobility. It also makes them abhor misdeeds such as killing, oppressing others, treachery, and even idolatry. Fiṭrah is the reason why all of mankind can agree on the virtue of truth and the malevolence of tyranny. Every human being was born with this internal compass as the Prophet Ṣallāhu ‘alayhi wa salam attested to when he said: ‘There is no new-born, except that he was born upon al-Fiṭrah’.3

Therefore, the one who never received the message of Islām or the message of previous Prophets, but nevertheless disbelieved in Allāh and instead worshipped other beneath Him has in fact rejected a call from within.

Knowing and appreciating the role of the Fiṭrah in guiding a person elucidates the wretchedness of the individual who suppressed its pure call to instead worship others beneath Allāh. Therefore, it is not intrinsically unjust to opine that Allāh will hold to account people who never received the message of Islam or of previous Prophets, simply based on His knowledge of what they would have done. It is essential that a person makes firm his belief that Allāh is: ‘not unjust (in the least) to the slaves’4 and recognise the supreme majesty of Allāh, for: ‘He will not be questioned about what He does, whereas they will be questioned.’5

Therefore, the view that Allah will hold such people to account based on His Knowledge is not problematic, however Ahl al-Sunnah will continue to unify upon the two opinions as has been the case since the time of the Early Muslims (salaf). The purpose of relating them was to illustrate how belief in Allah’s Knowledge relates to other matters of theology.

According to Ahl al-Sunnah, Allāh’s infinite knowledge encompasses a) what is to occur b) what will not occur c) how events would take place if they were to occur; however the Qadariyya and the Mu’tazilites opposed them in this matter. For them, Allāh could not possibly know what humans would do until they themselves acted out their deeds. The Qur’ān clearly affirmed that Allah’s knowledge includes the yet to be carried out deeds of human beings when it said: ‘If Allāh knew of any good in them, He would have made them able to hear. But even if He had made them able to hear, they would still have turned away.’ Allāh first stated that they could not hear, which refers to their rejecting the message of the Prophet Ṣallāhu ‘alayhi wa salam, then Allāh stated that if they were made to hear, which is the hypothetical scenario, then I know that they would still belie My Prophet.

A question some of the Early Muslims would pose to themselves was: on the plane of resurrection, if you could the judge, who would you choose to judge over you? Sufyān al-Thawri once said: ‘I would not like my accounting on the Day of Judgement to be judged by my own father since my Lord is better for me than my own father’. Such was their conviction in the ultimate justice of Allāh and His readiness to show mercy. Allāh will never punish anyone unjustly, in fact He does not like to punish His creation at all.

Having conviction in a god who possesses the attribute of all-encompassing knowledge should not lead a person to adopt a fatalistic (jabri) outlook on life. Belief in Allah’s Knowledge does not detract from the fact that Allah has given human beings a free will with which they have a choice.

Notes: Sheikh Haitham al-Haddad’s explanation of al-Aqeedah al-Tahawiyyah, edited by Asim Khan, will soon be published as a hardback book. Islam21c have exclusive rights to share extracts from the book for its readers, and will be posting certain sections of the book on a weekly basis. The book: al-Aqeedah al-Tahawiyyah, is a short text outlining the aqeedah of Ahl al-Sunnah in short statements. Each extract posted is a complete explanation of any one of those statements.