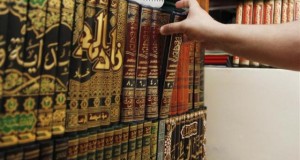 Many times a mufti will resort to using very specific terminology pertaining to rulings. Therefore, the layman is required to know the various types of rulings, their classifications and consequences for acting and not acting upon them. This is part ...

END_OF_DOCUMENT_TOKEN_TO_BE_REPLACED

The Garden of Lovers: Ishq pt 2 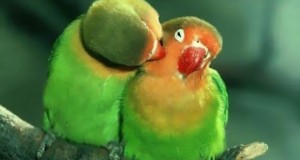 Ibn al-Jawzi stated regarding ‘ishq echoing many that came before him, ‘Ishq is the operation of an empty heart or un-preoccupied heart (qalb faarigh); it is madness; and it leads to anguish or death. Some claim that it is a ...

END_OF_DOCUMENT_TOKEN_TO_BE_REPLACED

The Garden of Lovers: Ishq

Ibn al-Qayyim in his book Rawdatul Muhibbeen (The garden of Lovers) dedicates the first part of the book defining the word love (hubb) as well as all other words that have similar meanings. There were approximately 50 words in the ...

END_OF_DOCUMENT_TOKEN_TO_BE_REPLACED

He described water to be water 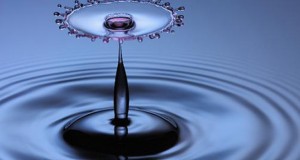 Back when I was in university, I sat in a lecture where we discussed Arabic literature and in particular the poetry of western migrants such as Iliyya Abu Ma’adi. One of the poems was entitled “Life and Love”. After reading ...

END_OF_DOCUMENT_TOKEN_TO_BE_REPLACED

Comprehension of the Religion 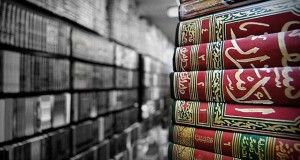 Mu’awiyah (may Allah be pleased with him) narrated: I heard Allah’s Messenger (peace be upon him) saying, “If Allah wishes good for a person, He makes him comprehend the religion. I am just a distributor, but the grant is from ...

END_OF_DOCUMENT_TOKEN_TO_BE_REPLACED 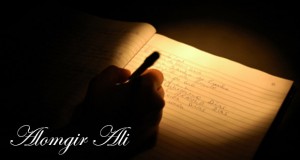 Lecturer in Islamic studies at the Tayyibun Institute.

END_OF_DOCUMENT_TOKEN_TO_BE_REPLACED

Misconceptions of the principle: ‘the lesser of two evils’ 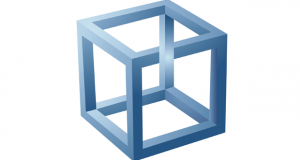 Throughout the last election campaign there were frequent discussions amongst Muslims regarding the permissibility of participating in the electoral process. This brief article does not intend to address that specific issue (dealt with by scholars elsewhere), but instead, debunk a ...

END_OF_DOCUMENT_TOKEN_TO_BE_REPLACED

If a layman falls into a situation and wants to know the Islamic ruling regarding it by asking someone, he must be aware that not every individual is qualified to be asked such questions. Rather there are specific conditions which must be fulfilled in order to qualify to be asked. From amongst these conditions: He must have knowledge of the evidences of the shari’ah in general and in detail. He also must be capable of applying the principles of usul to the evidences. However, there still remains a pertinent question: how can a layman know whether the person he asks has met all the conditions of ijtihad?

END_OF_DOCUMENT_TOKEN_TO_BE_REPLACED

If a person purely intends by his action worldly gains, he will fall into one of two categories, either the action is a type of worship that can only be considered an act of worship like prayer for example. In this case the action will be invalid and will not be legally recognised. Or, the action could be considered to be an act of worship or other than that such as providing for one’s family, keeping family ties and leaving prohibited matters. In this case the action will be valid (saheeh) by which the obligation is fulfilled and the sin removed. However he will not deserve the reward for that in the hereafter.

END_OF_DOCUMENT_TOKEN_TO_BE_REPLACED

Muslims in the West are in need of learning these issues just like any other group of Muslims. However, their need is greater due to the scarcity of scholars that they have. This becomes especially apparent to the one who looks into their affairs and is aware of their uniqueness and the needs by living amongst non-Muslims and adhering to their systems. Thus the importance of this topic should now be apparent.