Misconceptions of the principle: ‘the lesser of two evils’ 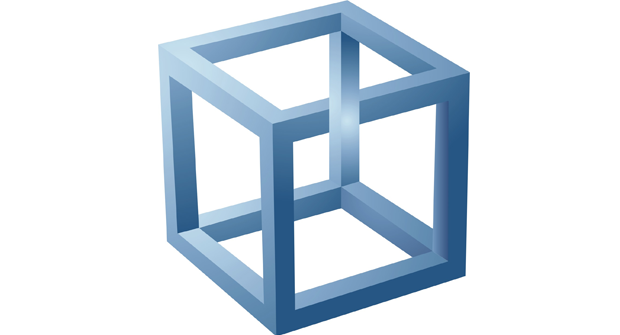 Throughout the last election campaign there were frequent discussions amongst Muslims regarding the permissibility of participating in the electoral process. This brief article does not intend to address that specific issue (dealt with by scholars elsewhere), but instead, debunk a current myth amongst many people that one of the principles that was used to justify the permissibility of voting (although not the main argument used which many people do not realise), “the lesser of two evils”, only pertains to matters of life and death and can only be applied in matters of coercion and necessity. Although this misconception is often attributed to laymen, it seems to have also found its place amongst certain callers to Islam (du’at).

In order to understand the reality of the issue one needs to differentiate between two important maxims:

The first maxim is a sub-maxim for general maxim, “Hardship begets facility,” whereas the second is a sub-maxim for a different general maxim: “Harm must be eliminated”. A cursory look at the works al-ashbaah wan-nazaa’ir and al Qawaa’id al Fiqhiyyah would ascertain that the two aforementioned maxims (in bullet points) are not one and the same, but two separate principles dealing with different situations. Therefore, considering them to be the same can be quite detrimental as will be shown.

The principle “Necessity makes the unlawful lawful” is primarily based on the following evidence:

“He hath only forbidden you dead meat, and blood, and the flesh of swine, and that on which any other name hath been invoked besides that of Allah. But if one is forced by necessity, without willful disobedience, or transgressing due limits, – then is he guiltless. For Allah is Oft-forgiving Most Merciful.”[2]

Allah also says in another verse:

“Anyone who, after accepting faith in Allah, utters disbelief – except under compulsion, his heart remaining firm in Faith – but such as open their breast to Unbelief, on them is wrath from Allah, and theirs will be a dreadful penalty.”[3]

Both verses indicate the permissibility of what was initially deemed impermissible due to necessity, which in both cases are related to life and death. However, the principle of lesser of two evils is primarily based on other evidence, such as the Treaty of Hudaibiyah. On the 6th year after hijrah the Messenger (peace be upon him) left with his companions from Madinah to perform ‘Umrah (the lesser pilgrimage) despite Makkah being ruled by the Quraysh and there being severe enmity between the Muslims and the Polytheists. Naturally, the Polytheists denied access to the Muslims which eventually led to reconciliation talks between the two parties and led to the formation of the famous treaty. Some of the following matters were agreed upon in the treaty:

Such stipulations proved to be difficult for many to accept such as Umar ibn al Khattab given that it involved an apparent harm and evil (mafsadah). However, in order to safeguard the rest of the Muslim inhabitants in Makkah and to ensure that the propagation of Islam would be allowed to spread without any hindrance, the Prophet (peace be upon him) accepted the terms of the treaty. Many scholars have used this incident as a basis for establishing the principle of inclining towards the lesser of two evils. There are two important matters that we can learn from this incident:

Al Nadwi said regarding this incident, “Everything which occurred in the treaty of Hudaibiyah is indicative of this principle since it necessitated adhering to the difficult conditions which seemingly contained much harm for the Muslims. However, it became evidently clear in the end that the treaty was, in essence, a benefit and a means to success through the ‘manifest victory’[5] (al fath al Mubeen).”[6]

The other key incident that is used as a basis for this maxim is the hadith of the bedouin that urinated in the Prophet’s (peace be upon him) mosque. Anas ibn Malik narrated that a bedouin once came and urinated in a corner of the mosque. The people begun to reproach him but the Prophet stopped them allowing the bedouin to finish urinating. In another narration the Prophet said after the incident, “You have been sent to make things easy and not to make them difficult.”[7] Ibn Hajar commented upon this narration and said, “…He ordered them (the Companions) to refrain from preventing the bedouin in order to achieve the greater benefit, which was the prevention of the greater evil by bearing the lesser one (daf’ a’dham al mafsadayn bihtimaal aysarihimaa).[8]

Similarly, Al Nawawi commented on the incident saying, “In this narration is (i.e. benefits to learn) to repel the greater of two harms by bearing the lesser of the two (daf’ a’dham ad-dararayn bihtimaal akhaffihimaa).[9] Both Ibn Hajr and Al Nawawi stated that by preventing the Companions from forbidding this munkar two greater harms were avoided. The first was that the sudden prevention of one urinating could physically harm the individual. Secondly, it would most likely lead to the bedouin soiling his clothes and contaminating other areas of the mosque. Thus, the greater evil was prevented by committing the lesser one, which in this case was allowing the bedouin to complete urinating. This is another clear proof that the principle ‘the lesser of the two evils’ is not merely restricted to issues pertaining to matters of life and death.

Another example of the application of this principle can be found in the narration where the Prophet said to Mu’adh ibn Jabal, “Whoever meets Allah without associating any partners with him will enter paradise.” Mu’adh said, “Should I not give glad tidings to the people and inform them of this?” The Prophet replied, “No, for I fear that they may become lax.”[10]  Withholding knowledge is a great sin in the sight of Allah, however, if narrating such knowledge leads to a greater evil then spreading it must be prevented as in the case above. Hence, by committing the lesser evil (which in this case would be withholding certain knowledge the greater evil was prevented.

Ibn Hajar also mentions in Fat’h Al Bari that Imam Ahmed did not narrate the ahaadeeth of khurooj (rebellion) against the rulers to certain people out of the fear that they may misunderstand the texts and create a greater difficulty. He likewise mentioned how Imam Malik disliked narrating ahaadeeth of the attributes of Allah to some people out of the fear that they may liken Allah to his creation. From one perspective their actions were somewhat questionable since it seems that they were withholding Islamic knowledge. However, these great Imams, in keeping with their vast knowledge knew that they were doing such in the interests of this religion, even if it meant committing apparent ‘evils’.

Given the plethora of examples used by Islamic jurists, it can be concluded that the principle ‘the lesser of two evils’ can be applied in both coercive and non-coercive situations, as well as those that pertain to life and death. To assume otherwise is to incorrectly assimilate one maxim into another which will inevitably lead an individual to a flawed conclusion.

Notes: this article has been reposted