The Garden of Lovers: Ishq pt 2 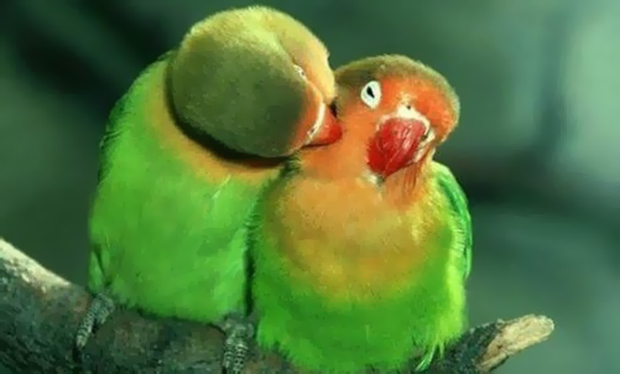 Ibn al-Jawzi stated regarding ‘ishq echoing many that came before him, ‘Ishq is the operation of an empty heart or un-preoccupied heart (qalb faarigh); it is madness; and it leads to anguish or death. Some claim that it is a mentally caused disease (marad waswasi) similar to melancholy.’

Dissatisfied with the comments of his predecessors on the subject, Ibn al-Jawzi attempts to formulate the true definition of ‘ishq. ‘‘Ishq’, he writes, is ‘the acute inclination of the soul towards a form (surah) which conforms to its nature (tab’). If the soul thinks intensely on this form, it imagines the possibility of obtaining it and begins to hope that it may. From this intense thought is born the malady (of love).”[1]

One will generally find when reading literature on this topic there is a strong connection between ‘ishq and intense thinking. As can be seen, Ibn al Jawzi clearly elucidates that point in his above statement. Interestingly, al Ghazali says in his Ihyaa whilst discussing dhikr (remembrance) he says: “If a person passionately loves something (‘ashiqa) due to abundance and burdened (takalluf) remembrance at first it will inevitably lead to abundant remembrance later on to the extent he will not be able to bear it much longer (meaning the remembrance will occur naturally without burdening himself with the remembrance). This is because he who loves something will naturally remember it abundantly. And whoever constantly remembers something – even if one forces oneself to do so – will love that thing. Thus, dhikr at first is initially seen as being burdensome, but it will eventually bear fruit to intimacy (uns) with the remembered thing and love for it…this is the reason why some of the (scholars) said: “I endured reciting the Qur’an for 20 years and only then did I find delight in reading it for the following 20 years.” This sense of delight (tana’um) cannot occur without the feeling of intimacy and love, and intimacy cannot occur except with gruelling endurance of remembrance for a long period of time even though the soul might not be inclined to it initially…”[2]

This statement of al-Ghazali, although regarding a different topic, sheds further light on the nature of ‘ishq. Firstly, it reinforces what Ibn al-Jawzi said regarding the nature of how ‘ishq occurs, i.e. through intense and enduring remembrance and thought of the beloved thing. Secondly, it also provides an indirect solution to those who suffer from ‘ishq, namely by severing the remembrance of the beloved such that it does not conform to one’s nature. Thirdly, we learn from this statement that in order for one to find delight in worship and remembrance one must make his nafs accustomed to it even though initially it might be burdensome upon the soul. Perhaps the analogy of food may be given an example of this: every nation is accustomed to their respective staple diets, whether it is rice, meat, or lentils. For some people because their bodies have become so accustomed to a particular diet they will never feel satisfied and full unless they have eaten their staple diet. Perhaps the South Asian readers of this article may appreciate this point! Therefore, just as the body (stomach) finds ‘comfort’ and ‘intimacy’ (!) with certain foods, the soul likewise finds such matters in things it has become so accustomed to in remembering. Ibn al-Qayyim mentioned about his teacher, Ibn Taymiyyah that after fajr he would sit in the open fields and remember Allah until the sun rose. Upon being asked why he did so, he would reply: “This is my daily sustenance and without it I will spend the remainder of the day hungry.” Thus the one who suffers from the malady of ‘ishq also suffers from a similar pain until he reaches his beloved, which in most cases he doesn’t because ‘ishq usually occurs in the hearts of those who haven’t had their desires fulfilled.

Interestingly, whilst Ibn al-Jawzi was discussing the censure of ‘Ishq, he goes into a rather scholastic discussion of the relationship between love and pleasure. He states that pleasure is not sought for its own sake, but in order to avoid pain. Consequently, the pleasures of lovers are not real, for they only lead to boredom and pain many times greater than that which the two partners have hoped to escape since they do not truly perceive what they are trying to achieve. Lovers (‘ushhaaq) are indeed far worse than beasts in their lack of self control and their obedience to their passions. Unlike animals, which cohabit only to avoid pain, they seek satisfaction from a particular person and exploit their minds in contriving their lewd desires. Ponder over this last point and you will find it contains stark realities. Therefore, in addition to ‘ishq being blameworthy in and of itself, it is also a misconstrued concept.

‘Ishq: The cause & effects of Shirk.
Ibn al-Qayyim offers some passages in his book Ighathatul Lahfaan where he treats ‘ishq as both the cause and effect of the gravest of all sins, shirk (polytheism). He states that ‘ishq is alluded to in the Qur’an in the story of Yusuf whereby the wife of the ‘Azeez tried to seduce Yusuf, as well as in the story of the perverted tribe of Lut. Naturally, both were polytheists, which helped to induce their respective ‘ishqs. Ibn al-Qayyim therefore contends that the nearer the man is to idolatry, the more acute his ‘ishq, whereas, the further he is from idolatry, the further he will be from such excess in love. Therefore, ‘ishq may in fact diminish a man’s devotion to God or even uproot it completely!
Notes: