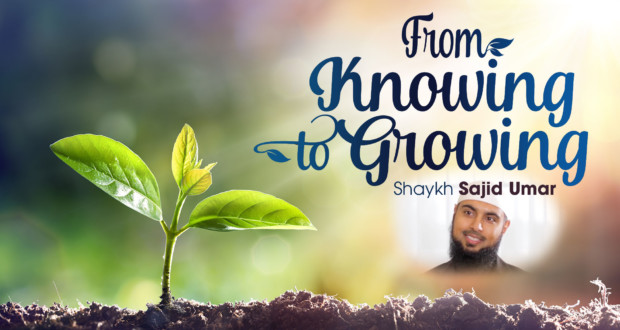 “There’s a difference between movement and progress.”

This was something Shaykh Sajid Umar said in the context of our last Islam21c One-on-One Big Discussion about the industrialisation of Da’wah, and it really got me thinking about the difference between watching an īmān-boosting video or lecture, and being truly transformed…

In today’s discussion, I probed him further on this thoughts on this distinction, and some practical ways to have a transformative impact on an audience, and yourself.

Sheikh Sajid Ahmed Umar initially pursued a first degree in IT. He went on to successfully open an IT business. Alongside his contemporary studies, Sheikh Sajid was a student of a Qur'an academy till the age of 18. Subsequently, he turned his attention towards Islamic Studies. He completed a 3-year University Diploma in Arabic language and Islamic Sciences at Imaam Muhammed bin Saud Islamic University, he later attained a Bachelors degree in Sharī'ah and thereafter a Masters degree in Judiciary (Qadha), with honours, from the Higher Institute for Judiciary Studies (Ma'had al-'āli li'l-Qa'dhā). He trained as a judge and successfully completed a thesis on the topic of Liquidity Management using the famous Repurchase Agreement (REPO) contract, as well as its rulings and permitted alternatives. He has now completed his PhD in the Higher Institute of Judiciary at Al-Imam University, and completed a thesis in relation to Shariah solutions in the area of Financial Risk Management. Sheikh Sajid has played an integral part in Islamic academic development worldwide. He has authored several articles and dissertations in both Arabic and English pertaining to the various Islamic Sciences; lectures at Knowledge International University; is the Director of Islamic Development for Mercy Mission World; lectures at AlKauthar Institute as well as heads the Institute's Board, among various other commendable endeavours. 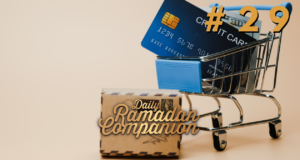