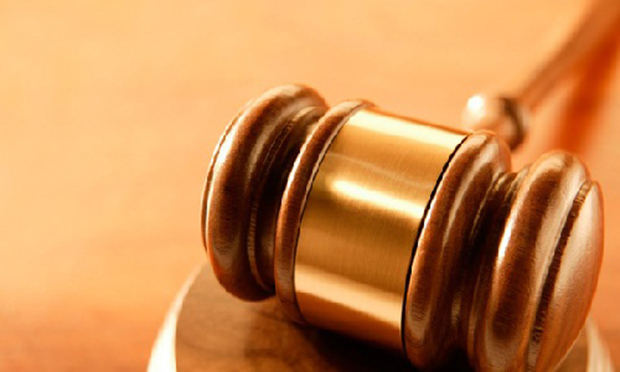 You can also receive daily prayer times for your exact location using our handy telegram bot.

All praise be to Allāh and may the peace and blessings be upon the Prophet Muhammad.

The ongoing debate concerning the correct time to start fasting requires us to deal with the matter both sensibly and practically. There are a number of issues that must be addressed, and for the scope and purpose of this Fatwa I would like to focus on how Mosque imāms and committees should deal with the differing opinions on when to start the fast.

Using the 18-degree calculation is not one of Ijtihād in which imāms and committees can decide to choose one opinion over the other.

Primarily, this is because the 18-degree start time –which gives an earlier time for the onset of fajr – is an opinion that is supported by the vast majority of scholars across the world, both near the equator and towards the north of the world throughout history, from the early days of Islam right up to today. They have all advocated the 18-degrees timing to be an accurate reflection of the reality of Fajr start times.

The conflicting position, which corresponds to a later fast starting time, has only been presented recently by a small number of groups and lone individuals.

The conflicting opinion of starting the fast at a later time (including adoption of 12 degrees or the Hizbul Ulama UK timetable) actually has no basis except for alleged sightings with the naked eye (mushāhadah) that coincidently have been negated by other sightings around the world and throughout history. To elaborate slightly, fajr start timings have been examined and determined over hundreds of years to our current time. There have been many mushāhadas (naked eye sightings) throughout the globe, including the UK, at varying times throughout the year and history. They have all independently confirmed that the correct start time for Fajr (Subh Sādiq) is seen (mushāhadah) when the sun is 18-degrees below the horizon.

If Imāms or committees still believe that the second opinion (later Fajr start time) is correct then it is obligatory for them to at least inform those under their influence of the 18-degree timetable thus allowing them the choice to investigate the matter further.

So I urge our respected imāms and committees to do just that and furthermore to provide the congregation with the 18-degree timetable either by print or online sources.  I understand there are difficult implications in following this fatwa but we should not get frustrated and emotional about the hardships put on us by Allāh. Indeed it is a test for us all and through the efforts of us all we hope to fulfil our duty to the wider Muslim community in the fairest way possible.

Our website Prayer Times Calculator and 2020/1441 downloadable Ramadān calendars for all worldwide locations will be live in time for Ramadān inshaAllah.

Although Ramaḍān is soon to begin and some may view it as too late, the responsibility lies on those in authority to act in the manner instructed and remove the blame on themselves. Committees and imāms can either choose to explain and educate the congregation in the coming days on the 18-degree timetable or simply make the worshippers aware of a second (earlier) timetable and advise them to investigate and make a more informed decision and not merely follow the masjid blindly. Simply relying on the decision of the imām in this matter does not remove the burden on the individual. To believe that this issue can be left with the masjid to decide is a very dangerous and incorrect approach to have. Muslims must exercise some more care and concern to the matters relating to their worship, even if they consider themselves laymen. Lay people are also addressed by the following Qur’anic guideline:

“O you who have believed, obey Allāh and obey the Messenger and those in authority among you. And if you disagree over anything, refer it to Allāh and the Messenger, if you should believe in Allāh and the Last Day. That is the best [way] and best in result”.[1]

If this is not done then imāms and committees run the risk of enforcing their opinion (on a non-ijtihādi matter) upon the congregation which is not permissible in matters related to an individual’s ‘ibādah. Scholars have confirmed that a person in a position of authority can decide issues for his subjects on matters of Ijtihād that are related to the public’s interest. However, none of the scholars have stated that such people of authority can decide on matters related to the personal worship of their subjects (whether matters of ijtihād or not). Each Individual is obliged and has also the right to act upon what they believe is the correct view and thus knowledge of other opinions that might correct his or her personal worship must not be withheld. This matter is directly related to personal worship and not one of public interest. No individual should be compelled to act upon the ijtihād of the imām or committee concerning personal worship.
For example the Ruler or Imām cannot command people to raise their hands in prayer nor to believe wiping over cotton socks nullifies the wudhu. Similarly, no one can dictate when others should start fasting. What the Ruler or Imām may do is decide on matters related to the public interest such as the time for the congregational prayer. So there is a difference between the matter of the start of the fast and that of praying together in congregation. The first is an individual’s responsibility whereas the second is that of the masjid’s.
Some people claim that presenting more than one opinion to the masses might only serve to confuse them. This may be true to some extent, but then it is upon the Imām to adopt the safest opinion in the first place, i.e. 18-degrees timetable. If, for whatever reason, that is not possible then he must at least inform his subjects of the opinion that has been adopted and endorsed by the majority of scholars – this being the 18 degrees timing. This principle was explained by the great scholar al-Qarāfi in his famous book al-Furuq [2].
I also understand that because Ramaḍān is soon to begin people may feel reluctant to change their time to begin fasting, claiming that it is too late now or other reasons alike. But this is the wrong attitude to take on this matter. All the Muslims in the UK should now realise that this is a recurring issue with every Ramaḍān that we anticipate. It has become normal now and much discourse, both written and multimedia, is available for Muslims to educate themselves and research before the onset of Ramaḍān so that they are clear on all matters relating to their fast. But we find again that ignorance and laziness to conduct any form of research are the main reasons for why Muslims are left confused and negligent. In any case if this is the situation a Muslim has found himself in then I advise him either to read around the topic now from articles on this site and material from the opposing view so he may make an informed decision, or take the safer 18 degree option which translates into an the earlier of the two available times to fast this year.
And finally I advise people to ask their Imāms and committees following the later time to start fasting, whether there is another opinion related to an earlier start time of fasting and to ensure they are aware of the essential responsibility upon them as stated in this fatwa, including informing the congregation of the earlier fasting start time.

I ask Allāh to give us fiqh in His dīn, to protect us from disunity and to unite our hearts.
[donationbanner]
Notes:
Sources: www.islam21c.com
Islam21c requests all the readers of this article, and others, to share it on your facebook, twitter, and other platforms to further spread our efforts.

[1] Al-Qurān; 4;59
[2] under the chapter, ‘224: The Difference between the Principle of Fatwa and the principle of Judicial Judgement.’ Ibn Taymiyyah also elaborated on this point thoroughly.