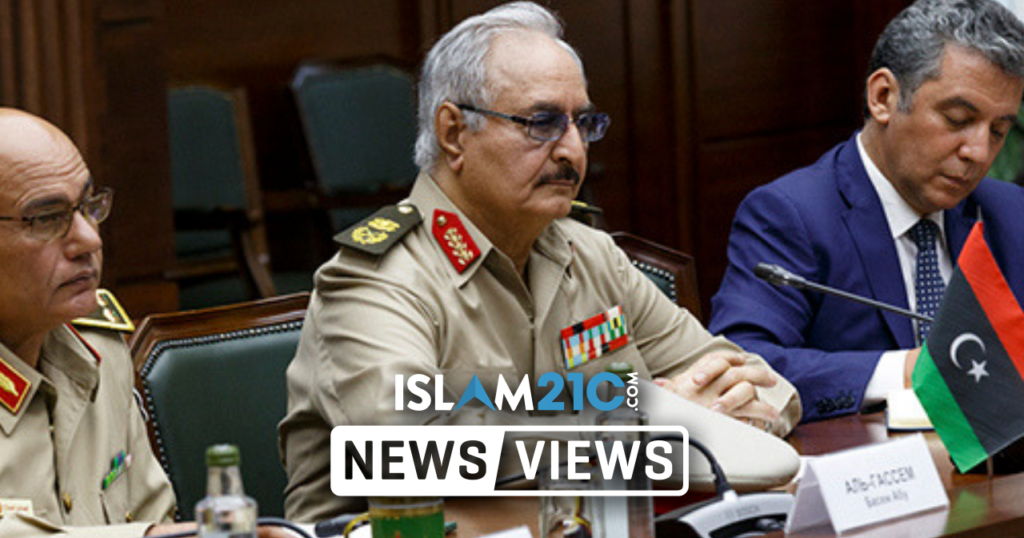 The death toll from the ongoing offensive launched by the renegade Libyan general Khalifa Haftar has risen to 272 according to the World Health Organisation. [1]

Furthermore, some 1,282 people have been wounded since Haftar’s ‘Libyan National Army (LNA)’ sought to wrest control of the Libyan capital, Tripoli, from the UN-recognised Government of National Accord (GNA) earlier this month.

As of yet, Haftar has failed to capture Tripoli. However, fighting continues on the outskirts of the capital, as well as airstrikes from the ‘LNA’. The offensive has raised fears that the violence in the conflict-ridden, North African country could get worse and spiral out of control.

Moreover, clashes from the rival factions have displaced more than 32,000 civilians according to the United Nations High Commissioner for Refugees (UNHCR), with spokesman Babar Baloch saying, “we call on the parties for the protection of civilians and humanitarian aid”]. [2]

On Monday, the United Nation’s deputy envoy, Maria do Valle Ribeiro, to Libya expressed serious concern about the fighting taking place and has warned that the clashes could become worse, advising humanitarian agencies to be prepared for such a scenario.

During a press conference in the besieged capital, she said:

“We are likely to see a continuation of hostilities for some time to come. For that we need to gear up and accelerate and increase our capacity to be able to respond.” [3]

“We’re also very concerned by the fact that displacement is continuing at an increasing rate every day.” [3]

The UN-recognised GNA announced, at the beginning of this week, the launch of a counter-offensive to push back the ‘LNA’ and recapture the defunct Tripoli International Airport in the capital’s south.

According to sources in Tripoli, fighting has died down, but both sides continue to receive military reinforcements from different parts of the country. Moreover, the GNA claims to have severed one of the ‘LNA’s’ main supply lines on a highway connecting Tripoli to the nearby town of Gharyan. [2]

The GNA has also claimed to set up a defence cordon around the capital, pushing Haftar’s forces outside of the administrative borders of the city. However, an ‘LNA’ spokesman denied that there was a retreat from his troops, explaining that due to Tripoli’s dense population, the offensive had slowed.

Renegade general Khalifa Haftar launched an all-out offensive to capture the Libyan capital at the beginning of April. Egypt, Saudi Arabia, and the United Arab Emirates support him and are reported to have financed his ‘LNA’ with money and military supplies.

Libya has been in a state of anarchy since the NATO-backed overthrow of the long-time authoritarian ruler Muammar Ghaddafi in 2011. At present, a patchwork of rebel brigades and two competing administrations in Tripoli and Tobruk rule the oil-rich country.