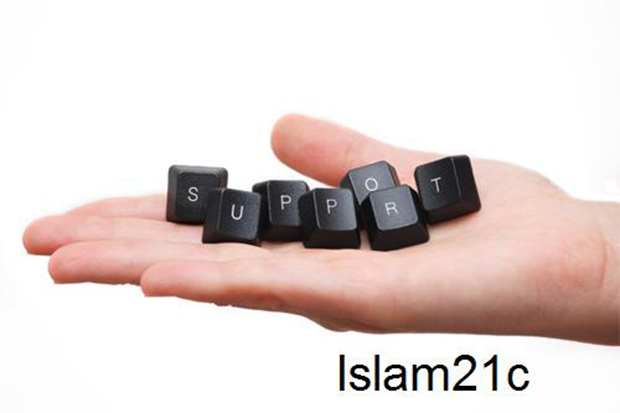 All praise is due to Allah, the Cherisher and Sustainer of the entire universe. And the peace and blessings of Allah be upon Muhammad (saw) his family and his companions .

The likeness of those who spend their wealth in the Way of Allâh, is as the likeness of a grain (of corn); it grows seven ears, and each ear has a hundred grains. Allâh gives manifold increase to whom He wills. And Allâh is All-Sufficient for His creatures’ needs, All-Knower [1]
Allah says in another ayah that all actions are multiplied by ten, but the act of giving charity is multiplied 700.
In some ayat in which Allah mentions giving money to a cause, he mentions it in the grammatical construct of what is known to be a mudhaaf, which actually means that the money belongs to the cause and not the person. All the wealth that we have does not belong to us, rather Allah has put it in our hands to then observe what we do with it. This is why when the scholars of the past would give money to someone, they would make sure their hands were low in relation the hand of the person taking it in order to demonstrate that they were in a greater need of the blessings from giving in charity. As Fudayl ibn Iyadh said: May Allah bless the one who asks me for money, although I am fixing their dunya, they are fixing my akhirah. Such an attitude will help ensure that we are able to gain the maximum amount of reward when spending in the way of Allah.
When we give, we generously give to important causes such as feeding the poor, building mosques and schools etc. and these are all very noble causes. But there are other causes which are also extremely important that tend to miss our attention and generosity. It is those organisations and projects that work tirelessly combating the ideological attack imposed upon Islam and its followers in the West, and furthermore aid the welfare of Muslims by providing guidance and solutions to the problems they face as minority communities living in the West.

Islam21c.com (a project of the Muslim Research and Development Foundation) under the guidance of Shaykh (Dr) Haitham Al-Haddad, duaat, professions and imams is one such project. It has, since its inception and launch in 2006, attempted to articulate orthodox Islam in a 21st Century context and address the unique situation and challenges faced by Muslims in the West and all over the world.
So if you give £20 in charity, then it will be like you are giving £14,000. Can anyone really part with £14,000? Allah has made it possible for us today since we are in the blessed month of Raamdhan, the reward, we hope, will be more much more.
The scholars of the past said that if shaytan comes to you in the prayer and tells you to finish it, make the prayer longer. Oh muslims, as Shaytan is telling you now not to give, give and be generous. When has anyone who has given charity felt it decrease? So why is it that we are so hesitant?
Brothers and sisters, if you value the work of Islam21c then we ask you to assist in covering some of its running costs that will see the project through the next 12 months. Alhamdullilah the site was visited over 80,000 times by almost 54,000 muslims in 177 countries in July 2012 alone so it is a very effective project in gaining massive exposure and good deeds for those who aid its progress insha Allah.
Perhaps on the Day of judgment, you will have a mountain of good deeds waiting for you and you will ask yourself ‘’where did this come from?’’ only to then find that it was your act of giving here now that granting you such delights.
If you are unable to help financially at this moment then you still have so much you can do. Most importantly you can make dua to Allah asking for the success of Islam21c in what it aims to achieve. Then you can share this article (email, facebook, twitter)  with all your contacts and take the reward of someone elses donations insha Allah.
Click here to support Islam21c
Notes
[1] al-Qur’an 2:261
Sources:www.islam21c.com
Islam21c requests all the readers of this article, and others, to share it on your facebook, twitter, and other platforms to further spread our efforts.
PROPAGATION
Share. Facebook Twitter LinkedIn Email Telegram WhatsApp
Previous ArticleContemplation
Next Article Donate to this site