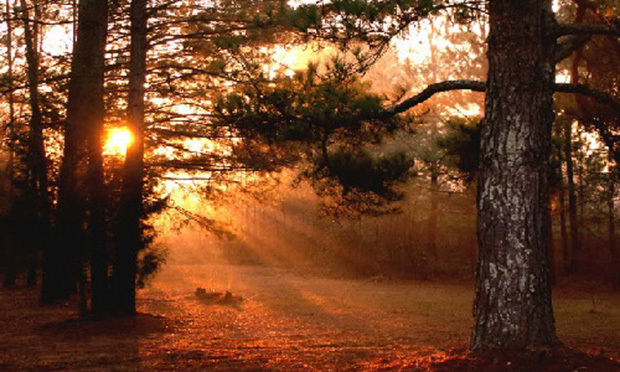 “Do they not contemplate within themselves? Allah has not created the heavens and the earth and what is between them except in truth and for a specified term. And indeed, many of mankind deny the Meeting with their Lord.” [1]

Indeed, do we not contemplate within ourselves? Hasn’t the time come for us to sit with ourselves and ponder? To think deeply? Ramadan is the perfect time for this; a chance to think over the past year. Think about what happened since the last Ramadan, what did you do? Is there a blessing you can give thanks for? Is there a sin for which to seek forgiveness from? Were there lessons for you to learn from? Were there Divine warnings for you to pay heed to?

Contemplation is a gift from Allah to the slave. It is a chance to engage your soul and extract everything so that you can purify yourself and take control over your affairs. Al-Hasan al-Basri once said, “Contemplation is the key to Mercy. Don’t you see how a person contemplates and consequently repents?”

In this month, while we fast and restrain our souls and train them, we are also given the beautiful opportunity to ponder deeply. Naturally, our restrained soul will be humbled into deep thought and the more the human being thinks and ponders, the more he changes and progresses forward.

In an amazing statement by Wahb ibn Munabbih, we see the fruits of contemplation and that it is one of the virtuous deeds of a believer. He said, “The believer is the one who contemplates, remembers and restrains (himself from evil). He contemplates such that tranquility raises him and he remains calm and peaceful such that it humbles him. He (the believer) was content so he did not fall into distress, he refused his desires so he became free, he cast off jealousy so love became widespread for him and he was ascetic in every temporal thing so his intelligence became complete. His heart is connected to his aspirations and his aspirations overlook his Hereafter. He does not take delight when the people of the world take delight; rather the reality of eternity has saddened him so he remains sad in his life. But when eyes fall asleep, then he takes delight; reciting the Book of Allah Ta’ala and repeating it in his heart – at one point his heart feels fear and at another point, his eyes weep. The night passes him by while he is reciting, and the day passes him by while is in seclusion, pondering over his sins and belittling his good deeds. Such a person will be called on the Day of Judgment in that great gathering at the head of all creation: ‘Stand up O’ noble one and enter Paradise!”

In a related statement, al-Fudhayl ibn ‘Iyyadh said, “The speech of the believer is wisdom; his silence is contemplation and his vision is a lesson (for him). If you are like that, then you will not cease being in a state of worship.” Then he read the verse, “And I have not created Mankind or Jinn except to worship Me.” [2]

As we complete 10 days of Ramadan, let’s make a resolve to not let the month pass by without us deeply contemplating over ourselves. Let’s remember to spare a few moments and listen to the whispers of our soul; let’s engage with ourselves and take control. The more we contemplate, the more likely we are to seek forgiveness, to praise and thank Allah `azza wa jall, and to fulfil the rights of others. As we contemplate over our relationship with Allah, we will also begin to feel a sense of closeness to Him that will naturally increase one’s faith and strengthen the link we have with Him. Our knowledge will be increased and this always leads to an increase in Iman. Ka’b al-Ahbar said, “Whoever wishes to attain the honour of the Hereafter, let him increase in contemplation for he will then become knowledgeable.”

– As you do your daily routine and worship, remember to set aside just 5 or 10 mins purely for contemplation. Sit in a quiet space by yourself and ponder. Perhaps the best time is right after your prayers, whatever works for you.

– When you contemplate, start with the remembrance of Allah and think about your relationship with Him. This will help you prioritise because the greatest thing you can contemplate on is Allah Himself and anything which leads you back to Him. In Surah Aal ‘Imran, Allah said, “Indeed, in the creation of the heavens and the earth and the alternation of the night and the day are signs for those of understanding. Those who remember Allah standing, sitting, and lying down on their sides, and they ponder deeply about the creation of the heavens and the earth, (saying): “Our Lord! You have not created (all) this without purpose, glory to You! Protect us from the torment of the Fire.” [3]

– As you think about certain things, jot down a point of action. If you remember a sin or mistake you made, hasten to seek forgiveness for it. If you remember Allah blessing you with something, hasten to give thanks for it. At every point, let your tongue be moist in words of remembrance and ask Allah to always guide you.

– Make contemplation a beautiful habit in your life and it will certainly beautify your life.

Notes: For more information about SOLACE please visit  http://www.solaceuk.org/
Sources: www.islam21c.com
Islam21c requests all the readers of this article, and others, to share it on your facebook, twitter, and other platforms to further
spread our efforts.