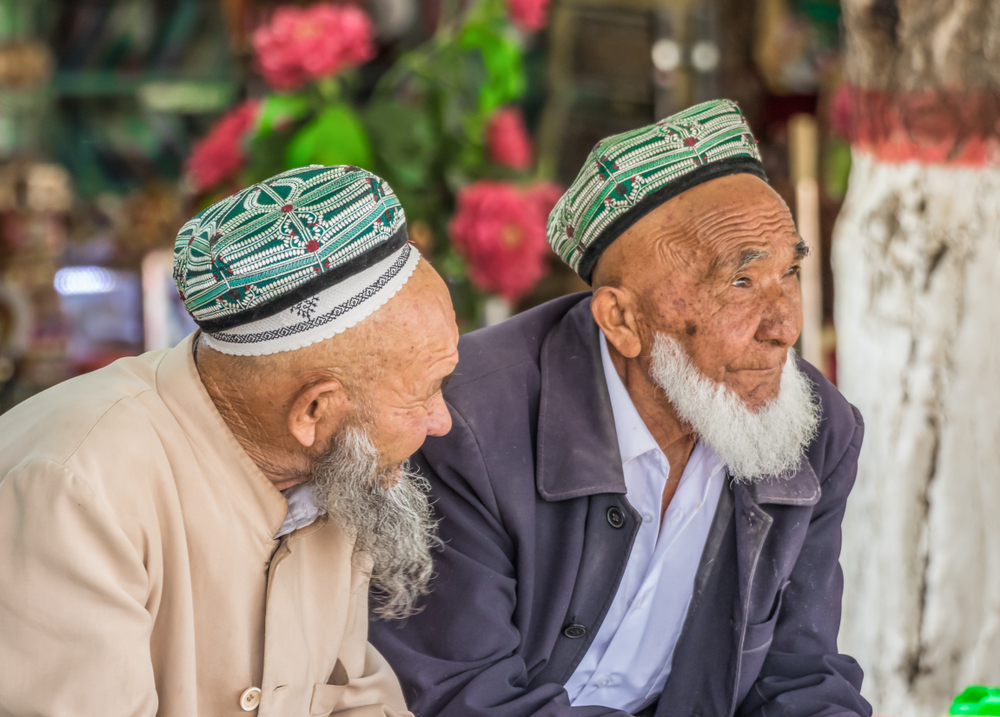 Uyghurs and other Turkic Muslims in East Turkestan have always remained steadfast in their hope and determination to liberate themselves from Chinese occupation and persecution. Although the first Republic was dissolved shortly after its establishment, it had sparked an awakening amongst Uyghur youth who saw their parents and elders involved in the first revolution.

When Chinese warlord Sheng Shicai came into power following the fall of the first Islamic Republic of East Turkestan, he began what is described as “the great purge”. He imprisoned and killed scholars, leaders, and followers of the independence movement, and anyone he deemed to be a threat. [1] Under Chinese rule, East Turkestani Muslims were subject to severe repression. It is reported that up to 200,000 people were executed under Sheng Shicai’s rule, including Shaykh Abdul Hakim Mahsum’s father, Shaykh Abdul Jalil.

However, notable youth like Abdul Hakim Mahsum – who would go on to become one of the most influential scholars of his time – were involved in the revolution against Sheng, which led to the establishment of the Second Islamic Republic of East Turkestan in 1944.

Uyghurs and other Turkic Muslims in East Turkestan, including the Tatars and Mongols, began to unite against Sheng’s repression, and calls for another independence revolution grew stronger. Sheng, becoming aware of this, tried to gain support from the Republic of China when the Soviets were failing in their war against Germany. The Soviets responded to this news by abandoning their policy of supporting Sheng’s regime and moved towards supporting the independence movement in East Turkestan. However, when Sheng saw the Soviets successfully advancing against Germany, he sent a letter to Stalin proposing East Turkestan become part of the USSR as the 18th Soviet Socialist Republic. Stalin forwarded this letter to a Republic of China official, who then cut ties with Sheng. [1]

In 1943, Uyghurs and other Turkic Muslims established the East Turkestan National Liberation Organisation, and in 1944, they held their first rally in Ghulja, proclaiming and officially declaring East Turkestan’s independence. The President of the Republic was Elihan Tore, an ethnic Uzbek. At the same time, the Minister of Internal Affairs was Abdulkerim Abbasov, an ethnic Uyghur.

The Chinese army attacked Ghulja from three fronts on January 11, 1945. The people of East Turkestan fought the Chinese army day and night, and finally defeated them under the leadership of Elihan Tore. Furthermore, the guerrilla fighters and other volunteers fought the enemy soldiers in the mountains and eliminated them.

“The most important objectives of the revolution for the liberation of East Turkestan are to topple the brutal rule of the Han Chinese, exterminate the savage Nationalist [Chinese] armies, and achieve the wish that our people have cherished for centuries: driving out the Han [Chinese] colonisers, and establishing a strong and prosperous [independent] state that cares for the people, with true equality for all ethnicities.”

Resolution No. 24 – Government Council of the East Turkestan Republic [1]

Unfortunately, instability began to grow within the Republic due to the Soviets switching sides and pressuring the East Turkestan Republic (ETR) to stop their military campaigns against China. It was later revealed in February 1954 that a secret agreement was made years earlier by the Soviet Union and the Republic of China at the Yalta Conference in August 1945. After laying down the groundwork, the so-called “Sino-Soviet Treaty of Friendship” was signed by both parties in 1950, ultimately stipulating the Soviets’ cessation of aid to the ETR and tactically supporting China’s suppression of the same.

In 1949, discussions between Soviet Union officials and Chinese communist leader Mao led to the suggestion that ‘Xinjiang’ should become a part of China. By June 1949, Mao took over East Turkestan with the encouragement of Stalin who advised the Chinese Communist Party to invade the region with haste, before “the English intervened”. Stalin also fuelled the idea that the Chinese population in East Turkestan was too small at around five per cent, and that Mao needed to rapidly increase it to around 30 per cent in order to strengthen China’s grip over the region. [1]

After Mao established the People’s Republic of China (PRC) and the People’s Liberation Army (PLA) in October 1949, the next few months would result in the complete dissolution of the Republic of East Turkestan. With the co-ordination of the Soviet Union, the PRC invaded and took over East Turkestan, changing the region’s name to ‘Xinjiang Uyghur Autonomous Region’ in October 1955.

Today, the CCP continues to clamp down on the Uyghur resistance and supresses calls to self-determination; this can clearly be seen through their current genocidal policies.

Despite the losses, Uyghurs have continued to resist occupation and fight for their independence and liberation of their land. They are still hopeful that one day East Turkestan will be free again.