In part three of this mini-series, Maira shares a Uyghur mother's personal account, where she provides insight into her challenging journey from East Turkestan to Türkiye
Campaigns 23/01/2023No Comments5 Mins ReadBy Maira Khan 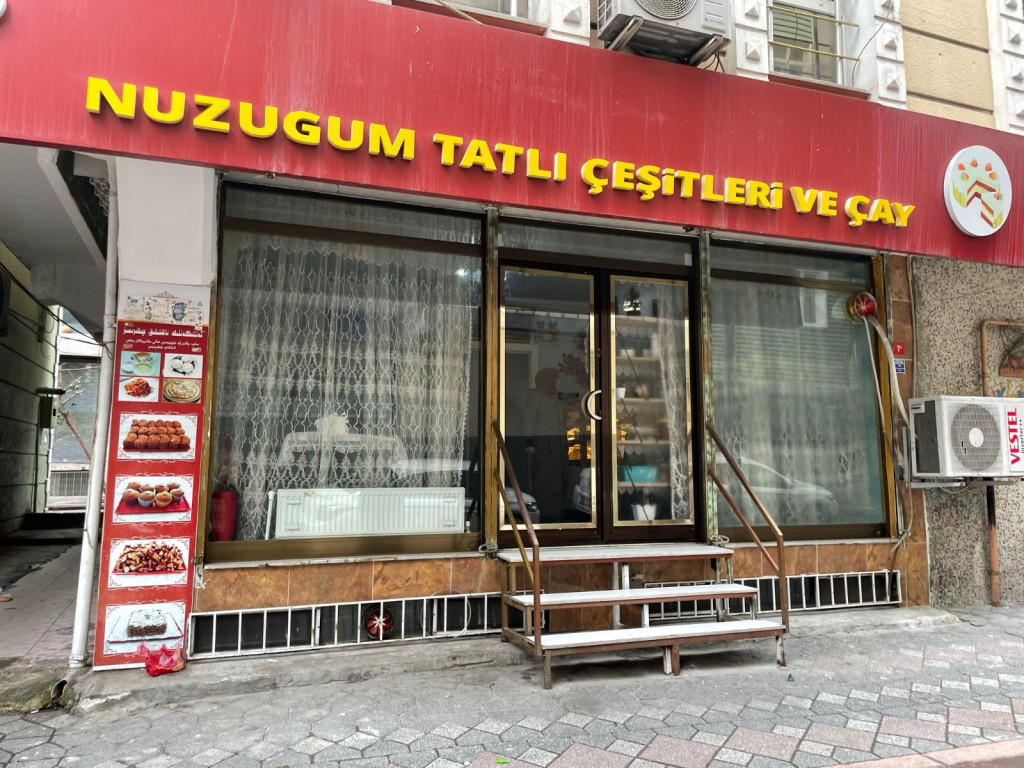 “How do you manage and survive through this struggle? Not seeing your child, how do you deal with this?”, I asked. “It is very painful for me. In the beginning, I would cry every time I remembered him”, she replied.

“Now, so much time has passed, I do not remember him as often, but because I look after his children – every time I look at my grandchildren – I feel immense pain.

“One child looks so similar to his father; the second child of his has never seen his father as he was only 6-months-old when he was brought to Türkiye.

“His parents were sent to prison and therefore they could not see their newborn child. Now I cannot get any news regarding my son.”

As if I wasn’t already spoiled enough by our Uyghur friends, they kindly welcomed me into a wholesome and cosy café run by Uyghur widows resettling in Istanbul.

And with an array of Uyghur dishes and Turkish tea around us, I sat with women who shared their stories of fleeing Chinese persecution.

Her husband was a teacher of Islamic sciences!

Here is another segment of the personal account from the same Uyghur mother whose name shall remain anonymous:

“My husband was a Qur’ān teacher and would secretly teach children and adults Islamic sciences such as the Qur’ān, Tafsīr, and Fiqh lessons – all of which were banned by the Chinese government.

“However, when the government came to know about his activities, they threw him in prison.

“My husband was imprisoned in 1992, and at that time, I had two children and was pregnant with my third. While my husband was in prison, I gave birth to my third child. This child of mine started to grow up without ever seeing his father.

“He saw him for the first time at three-and-a-half-years-old, when my husband was released from prison. He was able to see his father for around six months, before the Chinese authorities decided that releasing my husband from prison was a mistake.”

“We began to receive indications that the authorities planned to re-arrest him, so my husband quickly applied for a passport and left for Pakistan.

“He spent some time in Pakistan before travelling and settling in Egypt.

“After three years of him living there, I travelled to Egypt to join him. However, I had to leave my four children back home with my parents. At that time, my children were aged ten, eight, six, and three.

“After a year, my two younger children were able to join us through someone claiming they were his children (this was the only way they were able to travel out of East Turkestan).

“Seven years later, my other daughter joined us this same way – being brought by someone claiming that she was their daughter.”

Police would enter their home as they pleased

“We were forced to stay abroad as we could not return back to our country.

“The Chinese authorities had already arrested many of our relatives, including my mother and father, too.

“They would interrogate my parents and ask them questions like ‘Where is your daughter?’ and ‘Where are your grandchildren?’; they would often be taken in and out of prison. This reminded me of when my husband left East Turkestan.

“The police would harass me a lot, they would enter our home without knocking or permission, and jump over the walls to get in. They would then interrogate me about the whereabouts of my husband.

“For this reason, in 1999, using someone else’s passport, I left the country as it was too difficult in any other way – they would not issue a passport to me or my family.”

Reuniting with most of her children

“As I mentioned before, three of my children were able to join me over time.

“In 2013, my last remaining child tried to reunite with us with his child and pregnant wife. However, he and his family had to first go to Thailand by paying their way out (since getting a passport was near impossible).

“When I arrived in Türkiye in 2006, we were all granted Turkish citizenship by 2008. In this way, I also got Turkish citizenship for my last remaining son. However, my son and his family faced difficulties with the Thailand authorities and they did not let him access the Turkish consulate.

“During a period in 2015, the Turkish authorities sent a plane to Thailand to rescue children, elderly women, and women with health problems, and brought them to Türkiye. In this way, my two grandchildren were also sent with them on this plane at ages only one and two.

“As I mentioned previously, my son had one child and his wife (at point of departure from East Turkestan) was pregnant. His wife gave birth in prison in Thailand, so her two children were allowed to travel to me in Türkiye.

“Now my grandchildren are here with me, but ever since my son and his wife were deported back, I have not heard any news about them at all. Now I live in Türkiye with my children, however one remains in East Turkestan.

“I am not able to communicate with any of my relatives, and therefore I am unable to know the condition of my son.”

Stay tuned for the next part of this mini-blog series, where I will continue recounting other aspects of my trip to Istanbul.