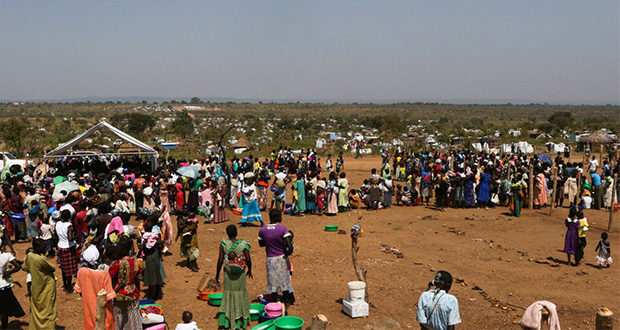 We’ve seen the plight of our brothers in Syria; heard the cries for help from our sisters in Myanmar; marched for our ummah in Palestine; mourned for our martyrs in Kashmir, and raised money for our family in Somalia. The list goes on, as if interminable, and it is often hard for us to give each part of the world its due attention because of the sheer amount of atrocities and humanitarian crises going on today. And yet, in our ongoing list there is one group of people we have overlooked more than any other – that is the plight of the Eritrean refugees in Sudan and Yemen. Eritrea is said to be the second largest refugee producing country in the world after Syria, and “one of the world’s fastest-emptying nations,” according to the Wall Street Journal.[1] Yemen, likewise, has been described by the UN as being home to “…the world’s worst humanitarian crisis, with more than 22 million people — three-quarters of the population — in desperate need of aid and protection.”

Eritrea, a country of six million, has an estimate of five thousand people fleeing from their country every month. Eritrean refugees residing in Sudan and Yemen tell of a long-standing system of forced labour, among other human rights violations, that a UN commission said “may constitute crimes against humanity”.[2] Surviving on the absolute minimum living standard, with the majority receiving enough sustenance to cover only 3 days in a week, thousands of families are now entering their third generation of living exclusively in a refugee camp. The UNHCR has significantly reduced its support to these vulnerable refugees, and the subsequent aid vacuum leaves thousands on the brink of starvation, disease and death.

Islam21c has chosen to work with Ethar Relief to help provide immediate and long lasting support to Eritrean refugees and those affected by other crises taking place in the East African region. Ethar Relief has been working over the past ten years to alleviate the suffering of refugees by providing emergency aid such as food, clean water supply and medical provisions, as well as combating the long-term effects of poverty by setting up educational institutions and student sponsorship which develop academic, practical and psychological skills. Their primary focus is to provide a comprehensive package of humanitarian assistance to people in the Horn of Africa, specifically the forgotten Eritrean refugees in Sudan and neighbouring countries.

We at Islam21c call on our readers to contribute whatever they can towards the refugees in Sudan and Yemen. You can be part of Ethar Relief’s legacy; bring a lasting difference to the lives of 3 generations of refugees, and be counted amongst the righteous servants Allāh describes in Qur’ān.

“And they are those who give food—in spite of their own need—to the needy, and the orphan, and the captive, [saying in their hearts] ‘We only feed you for the sake of Allāh, and we desire nothing in return from you, not even a word of thanks’.”[3]

Help our brothers, sisters and children today by clicking the banner below:

Previous: Fasting: a Revolt Against the Modern Condition
Next: Muslim who escaped China’s “integration” camp tells his story