Will Muslims be Collateral Damage in the new Cold War? 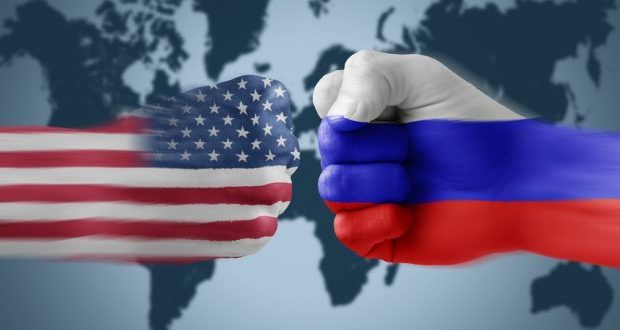 In the early 1980s a policy that was orchestrated by the Reagan Administration, named after none other than the then President himself, came into effect in Afghanistan. The Reagan Doctrine provided aid to anti-communist groups and resistance movements in an effort to de-escalate Soviet influence in many countries in Asia, Africa and Latin America. The implementation of this policy was considered to be a defining moment in the Cold War and its repercussions even today, three decades later, have not withered away.

As tensions have increased between Russia and NATO in recent weeks—a cataclysm of events surfacing in Syria, the militarisation of NATO in Eastern Europe and Russia’s forays in the seas and airspace of Western Europe, to name a few—questions have been raised as to the nature of these events and their direct or indirect relationship to the Muslim World.

“The quality of relations between [USA and Russia] is certainly at the lowest point since the Cold War,” said Russia’s ambassador to the US Sergey Kislyak. “The risk of miscalculations has increased [especially with NATO forces] being deployed next to our borders.”[1]

Since the playing field in which the superpowers of yesterday, the US and the USSR, flexed their muscles was in the Muslim World, are we to see a repeat of such consequences play out at a time of increased uncertainty and frailty in Muslim countries?

Many media outlets have spoken a great deal about Britain’s own confrontation with the passing Russian warship yet they have taken a mainly comical stance. Just like the Cold War of yesterday, the pawns in today’s Cold War are the countries in the “Third World” – mainly Muslim countries. It was quite unconventional then for the world’s superpowers to spat it out with each other in their own territories, in order to safeguard the livelihoods and infrastructure of their respective countries, but this consideration was not afforded to those in the lands of the downtrodden. The best example of this would be present-day Syria.

That passing ship was reminiscent of the voyage of the Red Army’s command of the waves frightening Europe. And yet, its destination was never going to be Europe, but a now poor, desolate, frail, starving country, Syria – just like Afghanistan in yesterday’s Cold War. And just like the Red Army abandoned its quest in Afghanistan leaving behind it a trail of destruction, one which was only surpassed by the more recent decimation and occupation of Afghanistan, it seems that the same will be made of Syria.

“Syria’s civil war has created the worst humanitarian crisis of our time”. Mercy Corps states on their website. “Half the country’s pre-war population — more than 11 million people — have been killed or forced to flee their homes.” [2]

The Russian Federation, now slightly optimistic with the Presidential elections in the US and the new President-elect Donald Trump, has engaged in a surge of activity in Syria. Russia announced a renewed air campaign amidst a ‘new’ offensive against Aleppo. Rami Abdel Rahman, the Director of the Syrian Observatory for Human Rights, states:

“Regime aircraft launched strikes and dropped barrel bombs on a number of neighbourhoods in the east of Aleppo for the first time since 18 October.” [3]

Historically, President Lyndon Johnson marked the beginning of a renewed understanding between the US and the USSR with the first meeting of heads of states of the two countries in the United States since 1959.[4] At the time, this helped encourage increased activity and involvement in Vietnam. The current situation with Russia is strikingly similar. It has abruptly resumed its aerial bombardment of Aleppo with the election of Donald Trump.

The pawns of history are once again sacrificially laid out. The new Cold War, just like the old, is not really cold as far as the Muslim World is concerned; it has always been hot, previously and most certainly in the present.

[4]U.S. Department of State Office of the Historian https://history.state.gov/departmenthistory/visits/russia