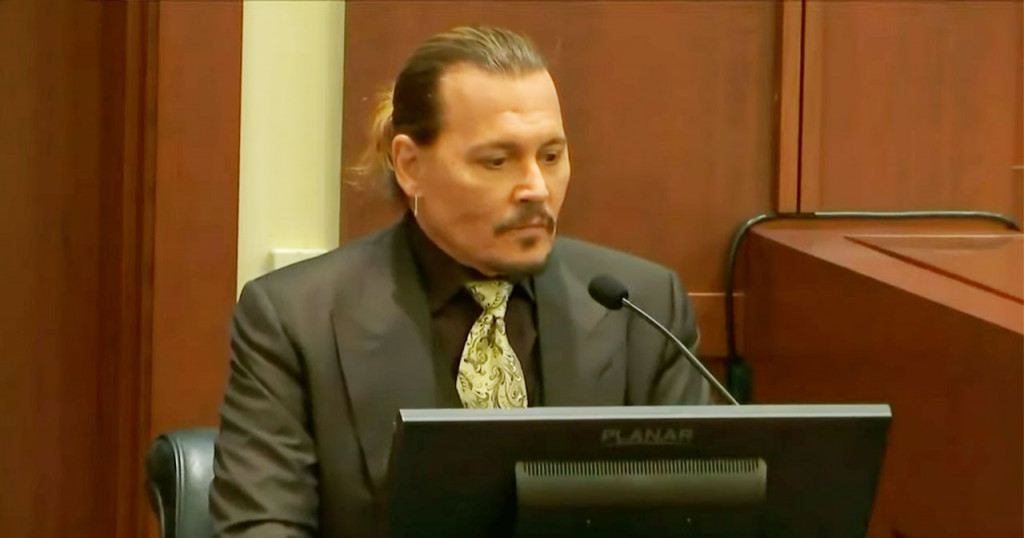 They say a rumour travels around the world twice before the truth has time to put its shoes on. In the hyper-connected world of today, and with the power of A-list Hollywood celebrity, one can probably add a few more extra orbits.

What was it really about the defamation trial of Depp vs. Heard that captured the public attention the way it did?

Is it the spectacle of celebrity being made accessible to the viewing pleasure of the masses? Is it the grisly details with which the darkest human behaviours are laid bare? Is it the curiosity of peering into how legal cases are constructed and executed that excites the ‘true crime’ detectives of this age?

Arguably, it is different things for different people. This case however seems to point to something deeper than merely being beguiled with the lives of the rich and famous. Over the last six weeks, something deeper lay at the heart of this trial that resonated with so many—those whose own lived experiences were projected onto what they were witnessing and those who perhaps sought some kind of surrogate justice through Johnny for what they did not have the power or capability to exact for themselves.

With literally millions of people tuning in daily to the channels covering the case (330 million on one channel alone [1]) and plenty more fervour created across all social media platforms, one must ask what is really taking place here; and what are audiences flocking towards beneath the hype of memes and hashtags?

There are a few avenues of reflection here:

Truth is a universal aspiration

Just as an aversion to slander and defamation exposes how the human condition is repelled by injustice. Crossing cultures, religions, languages and individual politics, few things unite people more than being able to openly declare—without caveats—that truth is one of the highest ideals to strive for.

The tired dichotomy of male aggressor vs. female victim is one that must be unpacked and scrutinised. Psychological, verbal and emotional abuse must be recognised for their harm—and perpetrators of abuse should not be cast by their gender.

Derailing a career is one of many outcomes of false accusations. We know as believers the tongue has the capacity to both be a source of total ruin or eternal delight. What takes a moment to say is often impossible to retract, so words—and language in general—should be treated with the due caution it deserves.

We need to have more nuanced conversations around accusations of assault

Many claim this case was evidence of backlash against the #MeToo movement which peaked in popularity a couple of years ago. Just because an idea is bull-dozing ahead with all its might doesn’t render it beyond discussion and exploration. Hashtags like #believeallwomen should be dissected for the consequences they bring. Injustice against either gender is an injustice for all.

Vengeance will destroy you

Ending a messy relationship (personal, professional, or otherwise) is often a time of relief, self-reflection, and hopefully, refining yourself off the back of lessons learnt. When one shifts their focus to revenge and the desire to destroy the other party, often the price they pay is their own self. Nobody can taste contentment when the desire to harm takes over every other human instinct. One often also ends up hated. In this case, it is notably rare to see such a wholesale ijmā’ in the court of public opinion when it comes to public reactions to the trial. The stats speak for themselves: #justiceforjohnnydepp clocked up a record 19 billion tweets, whereas #IStandWithAmberHeard came in at 8.2 million. [2]

If every second of the court case (down to the juror’s cough) wasn’t televised for the world to see, mainstream coverage may well have replaced the “abuser/aggressor” dynamic to a “both sides” argument (where else have we seen that before, I wonder?). Be cautious and weary of the many filters, and angles your news media passes through before reaching your eyes or ears. Often what is not said is just as—if not more—important than what is.

There are victims of abuse who are imperfect—they may not be pristine in other aspects of their life and be deeply troubled themselves. Likewise, aggressors may have endearing and positive traits within their character also. Humans are not binary monoliths, and the lazy conclusions are often problematic if not all-out false.

Many real victims were the most vocal critics of Amber Heard weaponizing a very serious accusation to garner public attention and support. Weeding out those who hide behind false claims actually allows genuine victims to have their plight recognised, and their integrity supported. The only ones who lose out, are those who set out to defame.

When Depp concluded his statement with the Latin expression “Veritas numquam perit” meaning “truth never perishes” we feel how universal truths speak to the fitrah of the human being. Injustice, slander, malice and accusations are loathsome to the human condition—and a little bit of the vindication felt through this verdict probably allowed for a communal exhaling, healing and relief for all those who have ever been touched with a similar test.