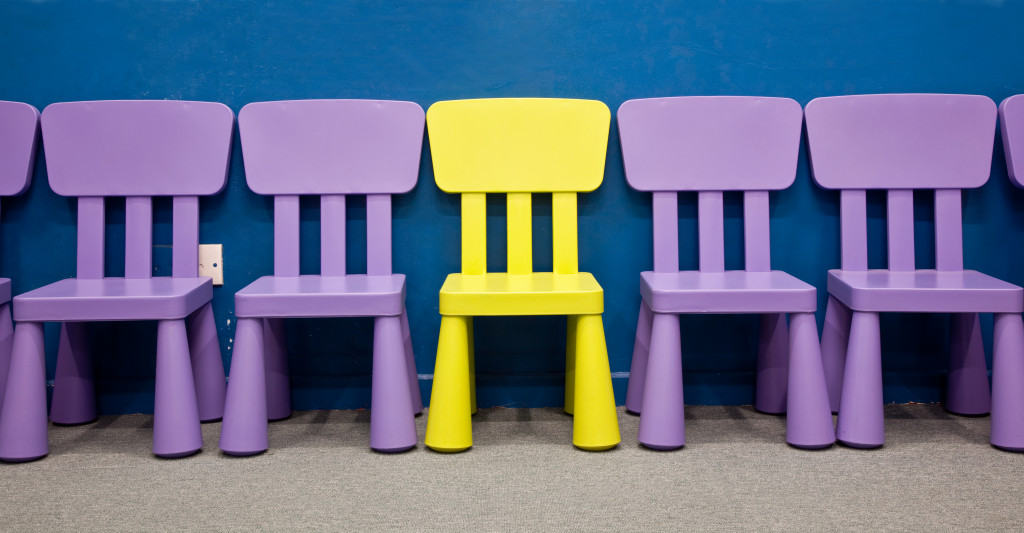 The need for acceptance is a basic human instinct. Who does not want to fit in, to belong? To achieve that, we often present slightly different versions of ourselves, depending on the environment and whose company we are in, tweaking each ‘edition’ to avoid alienation. Alienation is traumatic, something most of us have experienced following a death in the family, a change in employment, divorce, or leaving home for the first time. However, the most intense form of alienation is that of principles, values and religion.

The two categories of Ghurbah (Strangeness)

There are two categories of ghurbah (strangeness). the first is the ghurbah of the believers amidst the unbelievers, a reality that Allah has affirmed time and time again; Muslims, in the midst of non-Muslims, are usually a minority.

“Indeed We have brought the truth to you, but most of you have a hatred for the truth.”[2]

“And if you obey most of those on the earth, they will mislead you far away from Allah’s Path.”[3]

“Most of mankind refuse and accept nothing but disbelief.”[4]

“Except those who believe and do righteous good deeds, and they are few.”[6]

In fact, the Prophet ﷺ said:

“You are, amidst the disbelievers, like a white hair on the body of a black bull (a minority).”[7]

More recently, Idrissa Gueye, a Senegalese Muslim footballer, chose not to attend a match wearing a t-shirt displaying a symbol of the LGBT movement. As a result, the French Football Association said to him: “There are two possibilities. Either these allegations are unfounded and we invite you to speak without delay to silence these rumours. For example, we invite you to accompany your message with a photograph wearing said shirt. Or the rumours are true and we invite you to realise the impact of your act, and the grave error committed.”[8] Amidst the avalanche of condemnation that has fallen upon him, ghurbah is a suitable description of his state, along with many other Muslims who are hounded for simply trying to be as their Lord intended.

The second category is the ghurbah of the practicing Muslims amidst the non-practicing ones. They, too, are strangers, and sadly, the causers of this category of alienation are fellow Muslims. When, for example, the prohibition of trading with alcohol, usury or shisha are addressed, in many instances it is Muslims who are first to object. When the roles of motherhood and homemaking are praised and raised above all, it is Muslims in many instances who are first to protest. When the unjust policies of Muslim majority countries are criticised, it is Muslims who react with ‘asabiyya(sectarianism, nationalism) in blind support of their countries. As a word of advice to Muslims, especially where they exist as minorities; do not fuel the flames of ghurbah within the hearts of fellow Muslims as they have enough to contend with.

“O people of the Sunnah, be gentle with one another – may Allah have mercy on you – for you are a minority amongst the people.”[9]

“Be good to the people of the Sunnah, for they are strangers.”[10]

Whilst their Muslim peers aspire for the reassuring nods of approval from society, colleagues and friends, their aspirations are for Allah’s approval and the prophet’s nod of the Day of Reckoning. Whilst others jump through every hoop and wear every mask for the sake of fitting in, they hold tight to their values, conduct and appearance, even if it rocks a few boats. Society tells them that it’s impossible to fit in where one does not belong. So, they choose to inhabit the world on their terms and in accordance to who they truly are: travellers to Allah along the prophetic path.

Ghurbah is not a synonym of helplessness

Indeed, “Islam began as something strange” as a minority in Mecca; it began with a righteous woman, Khadījah; a truthful man, Abū Bakr; and a brave child, ʿAlī b. Abī Ṭālib. When Meccan society had labeled the Prophet Muhammad ﷺ a madman, a magician, a soothsayer and a mere poet, they were the ones to put their hands in his and declared their allegiance to him and his cause. They were strangers, aliens in their communities whose values were deemed incompatible with those of society. Allah said:

“But they are astonished that a warner should come to them from among themselves. Disbelievers say: ‘This is totally strange!’”[11]

“Has he reduced ˹all˺ the gods to One God? Indeed, this is totally strange!”[12]

The Prophet Muhammad ﷺ was sent amidst a stubborn and highly sectarian community, who would not hesitate to wage war against a neighbouring tribe due to a dispute over a single camel. Imagine, then, what they did do to a person who dared to speak against their idols for the sake of which they would slaughter thousands of camels? To answer this, the Prophet ﷺ said:

The Muslims remained as a subjugated minority for around 13 years, until the dawn of the Madinan era that marked the ascent of Islam. Its light reached every corner of the globe, and its justice was celebrated globally. Finally, Allah had released the Muslims from the heavy shackles of ghurbah.

This example, therefore, addresses a huge misconception; in the minds of many, the image of a gharīb (stranger) is that of a reserved, weak, disheveled individual who lives invisibly on the peripheries of society with no contributions, involvement or successes worth noting. The Prophetic example above however of hard work and meticulous planning despite his alienation refutes this; the ghurabā’ are doctors, surgeons, lawyers, influencers, carpenters, taxi drivers, teachers, builders, mothers, homemakers, students, participants in society, innovators in their fields and forces of positivity in their communities.

They are sociable and loveable people with families, friends, dreams and ambitions. Their only marker of separation is their inner state of ghurbah, never quite feeling at home with much of society’s dictates. They are anguished at the state of Muslims who have turned back on their religion and lost sight of their identity. It pains them to see alcohol sold by Muslims, hijabs that have lost touch with revelation, youth that have abandoned the Mosques. So, when they are alone with their Lord, they weep to Him complainingly and plan for the awakening of their brethren.

Clearly then, the ghurabā’ are not simpletons or an isolated group of people. Abū Bakr was gharīb, but was nevertheless an affluent merchant, spending on the poor, loaning to the needy, purchasing slaves to emancipate them, and a notable member of the Meccan society. ʿUmar, too, despite being stranger (gharīb), was eloquent in his speech, decisive in his opinions, virile, daring and imposing in his presence. Their understanding ghurbah (strangeness) had nothing to do with being idle, helpless, jobless or invisible from society. Instead, they understood it to mean being resolutely woven into the landscape of community in daʿwah, service and proactivity, whilst maintaining an unapologetic and clearly identifiable Islamic identity, and knowing where to draw the line, and if need be, when to walk away.

The Prophet ﷺ was once asked about the ghurabā’:

“Who are they, O messenger of Allah?” He replied:

“Those who remain righteous when people become corrupt.”[14]

In another narration, the Prophet ﷺ described them by saying:

“They are the ones who rectify what people have corrupted from my Sunnah after me.”[15]

In a third narration, he said:

“They are righteous individuals amidst many evil people. Those who reject them are far more than those who accept them.”[16]

In short, they are righteous people, they advocate righteousness and they are rejected by the majority. These are the strangers, and so “good news” to them. Indeed, good news to the Muslim woman who holds on to her hijab in dignity, walks the earth in contentment with Allah’s religion, and reinvigorates the emaciated values of purity, chastity and ḥayā’. You resisted the whisperings of shayṭān and did not acquiesce under pressure, so congratulations for being strange, though in the Eyes of Allah, you are most certainly not strange.

Good news, too, to the Muslim man who did not drown in humanity’s psychotic race for fame and wealth, nor part ways with his prayer and love for daʿwah, nor disintegrate as a weak Muslim of blind imitation. Good news to those who lower their gaze and guard their limbs from the prohibited, to those who only consume  from pure sources of income, and those who befriend only the finest of people. Congratulations for being strange, though in the Eyes of Allah, you are most certainly not strange.

Good news to those who have only one version of themselves to present, the righteous version, those who are unwilling to sandpaper down their religion to match the herd.

Having said the above, there are tangible ways of managing the stress of ghurbah. This will be addressed in part 2, inshā’Allah.

[1] Muslim, on the authority of Abūu Hurayrah

[7] Al-Bukhārī and Muslim, on the authority of Ibn Masʿūd

[13] Aḥmad, on the authority of Anas ibn Mālik.

[16] Aḥmad, on the authority of ʿAbd Allah ibn ʿAmr