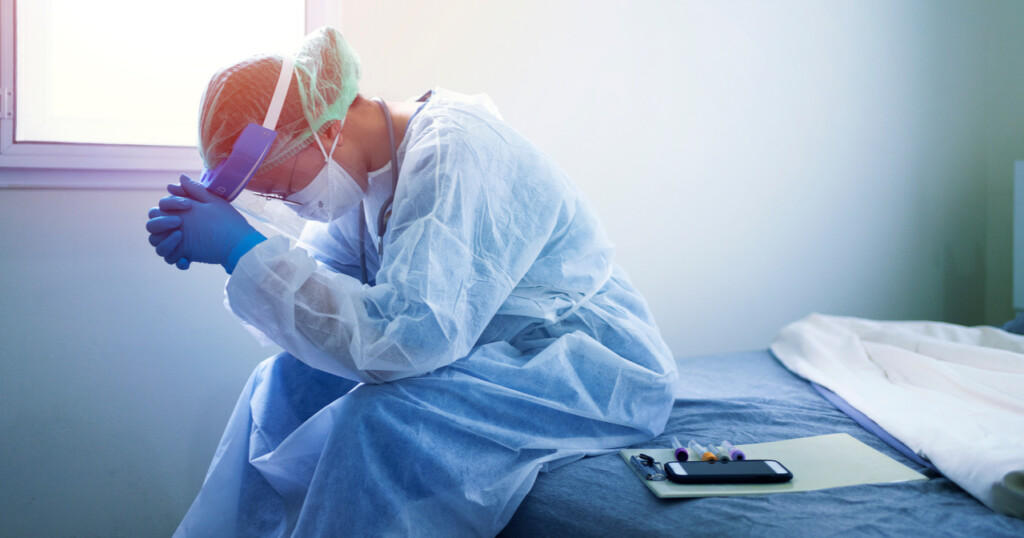 As a doctor, the last few weeks have been unimaginable. Gone are the days of routine clinics, elective surgery, or even training junior doctors. Instead, the coronavirus has thrust us all into a mode of working in which we aren’t entirely comfortable, yet we do our best. Personally, wearing PPE (Personal Protective Equipment) day in, day out, is becoming particularly bothersome. A month ago we would find plenty of short days (08-18) on our rota, but now we either complete a 13-hour long day or night. Annual leave is a luxury of the past; I did not see my children as much as I would have liked before the corona era, and it is even less now – and they have noticed.

As the month of Sha’bān passed by, mosques closed their doors; first to Jumu’ah, then to all congregational prayers. I would try to fast as often as I could, but it was difficult, especially with the PPE. Ramadan was coming, and to be frank, I was worried: would fasting hinder my ability as a clinician? As we drew closer, videos were already emerging encouraging Muslims on the front line that if the work began to overwhelm us, that we were not obliged to fast.

On the first day of Ramadan, I was at home during the day having finished a night shift. I remembered the Prophets of Allāh; they were tested in a way that we never will be, and how did they respond? Ibrāhīm (ʿalayhi al-Salām) was inspired to sacrifice his own son, to leave his family in the middle of the desert. Did he question his Lord as to why he was required to do these things? Rather, we find that the Qur’ān makes mention of him:

“O my Lord! Open for me my chest (grant me self-confidence, contentment, and boldness); ease my task for me; and remove the impediment from my speech, so they may understand what I say.”[2]

Our tests and difficulties pale in comparison to the trials of those much less fortunate than ourselves in the world today, let alone the struggles these great Prophets faced. Allāh informed us in Surah al-Baqarah, in the āyah of Ramadan, ‘He wants ease for us and He does not want difficulty for us.’

Just like Mūsā (ʿalayhi al-Salām) who wanted to fulfil the obligation that Allah had given him, I begged Allāh on that first day to make the fasts of Ramadan easy for me whilst I was working long hours in PPE. Due to my odd working hours, I missed my Suhūr, and after I had prayed Fajr, I begged Allāh again to make it easy.

I swear by Allāh, my second fast this Ramadan in 2020 – of which I was at work for 13 hours (mostly in PPE) – was quite possibly the easiest fast I have ever had the pleasure to endure. From lunch time onwards, I was waiting for that feeling of thirst or hunger to hit me, and it never came. Oddly enough, there was more food available on the ward than I had ever seen previously, and even as people ate around me, I did not feel hungry or thirsty even once.

To all of my brothers and sisters working in the NHS, never have we needed more strength from Allāh to help us undertake the work that we do, and so I implore all of you to make du’ā to Allāh to aid you in fulfilling your obligations towards Him. Did the Prophet (sall Allāhu ʿalayhi wa sallam) not inform us in a Hadīth Qudsī that fasting is for Allāh, and that He will reward us for it? I for one am excited. I ask Allah to accept our deeds, and to grant us the pleasure of meeting Him in the hereafter as those who not only tried to save the lives of those around us, but we did so whilst fasting.