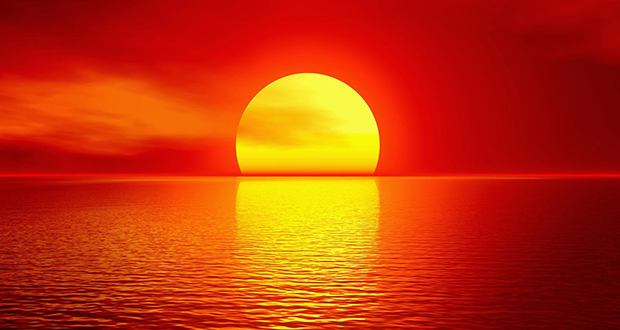 ‘Eid al Fitr and the Departure of an Old Friend

The end of Ramadan can be a bitter-sweet experience. On one hand there is the satisfaction that we have completed our obligation of fasting during the month and also performed many supererogatory acts of worship including taraweh prayers, recitation of the Qur’an and sadaqah (charity). On the other hand, we will miss the high state of iman, the atmosphere of goodness and worship as well as the deficit of evil that transpired from the chaining of demons during this noble month. But this is why the believers love Ramadan – they appreciate it because it only comes once a year.

The festival of Eid al-Fitr (Festival for the Opening of the Fast) helps us to get over the sadness of the departure of Ramadan. Festivals form part and parcel of the universally human need to celebrate landmarks. For us Muslims, festivals form part of our identity as well as being acts of worships in themselves. The following prophetic traditions indicate this.

What is interesting about this hadith is that there is no discussion as to whether the festivals celebrated were related to religious beliefs or if they were merely cultural. The scholars of Islam have ruled that this means that the hadith applies generally to all festivals in that Muslims are only allowed to celebrate these two anniversaries.

There is a difference of opinion amongst Muslim scholars about the obligation of performing the Eid prayer. Some say it is obligatory and others say it is strongly recommended. Either way, the Muslim should be keen to follow his or her Prophet (peace and blessings of Allah be upon him) in acts of worship especially as he never missed Eid prayers. Not to mention the goodness, blessings and reward in the Hereafter for the ones who perform them.

The majority of scholars say that the time for the Eid prayer starts when the sun has risen above the height of a spear, as seen by the naked eye, and continues until the sun is approaching its zenith. It needs to be performed in congregation and can be performed in a mosque although it is Sunnah and better to pray it in an open public outdoor area as the Prophet (peace and blessings of Allah be upon him) did so except in cases of wet weather.

As for the description of the Eid prayer, Umar (may Allah be pleased with him) said: “The prayer of Eid and al-Adha is two complete rak’ahs; not shortened. This is according to the words of your Prophet, and the liar is doomed.”

Abu Sa’id said: “The Messenger of Allah (peace and blessings of Allah be upon him) used to come out to the prayer-place on the day of Fitr and al-Adh’ha, and the first thing he would do was the prayer.”

The Takbir is repeated seven times in the first rak’ah and five times in the second, a portion of the Qur’an is to be recited after each set of takbirat. There is a difference of opinion amongst the scholars regarding the number of takbirs as well as when they are performed in the prayer but this seems to be the stronger opinion in light of the fact that it was reported from A’ishah (may Allah be pleased with her) that the Takbir of al-Fitr and al-Adh’ha is seven in the first rak’ah and five in the second, apart from the takbir of ruku’.

The khutbah (sermon) is given after the prayer on ‘Eid in contrast to al-Jumu’ah where the khutbah is given before the prayer. Ibn ‘Abbas testified that the Messenger of Allah (peace and blessings of Allah be upon him) prayed before the khutbah on ‘Eid as is reported in the Musnad of Imam Ahmad.

However it is not obligatory to attend the khutbah. ‘Abd-Allah ibn al-Sa’ib narrated: “I attended ‘Eid with the Prophet (peace and blessings of Allah be upon him), and when he finished the prayer, he said: “We will give the khutbah, so whoever wants to sit (and listen to) the khutbah, let him sit, and whoever wants to leave, let him go.’”

As for someone staying for the khutbah, then they should observe the etiquettes similar to that of listening to the Friday khutbah and should not disturb anyone by talking to them as this is forbidden.

The etiquettes of Eid al Fitr:

Saleem is a Muslim Chaplain, with a rich background in Islamic knowledge including Islamic Creed, Principles of Islamic jurisprudence and Principles of interpreting the Qur’an.

Saleem has been very active in the field of dawah ranging from grass-roots dawah stalls to delivering lectures at Universities and also internationally, such as at the prestigious American University of Beirut (Lebanon). Saleem is a regular participant on radio phone-in debates and has presented numerous television shows on channels such as Islam Channel and IQRA TV, explaining Islam in a positive light to the general public.

He also serves as Imam and khateeb at a number of Mosques in London. Saleem is a great defender of Islamic orthodoxy and believes Muslims should derive inspiration from their long scholarly tradition. Currently he is a lecturer and trainer for iERA and is Head of Communications.