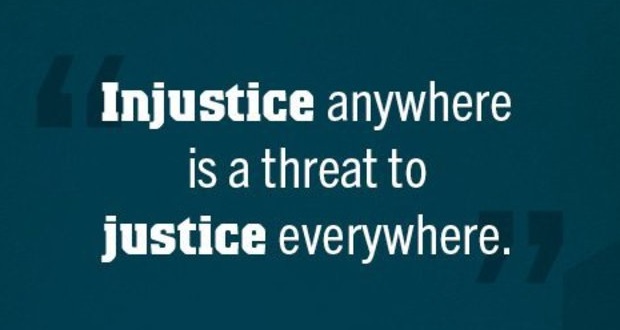 With an upcoming law targeting Muslim imams, preachers and lecturers, Denmark is now leading the way in Europe with far-reaching anti-Muslim laws. The so-called “Imam package” is defined by significant totalitarian features usually seen in the most infamous police states. Are we witnessing the reemergence of totalitarianism in Europe?

Political pioneering has never quite characterised Danish politics. Throughout the last few centuries, domestic and economic policies have been copied almost directly from Denmark’s big neighbouring states: Germany, France and Britain. From Bismarck’s welfare state to Thatcher’s revival of raw Capitalism, the same changes in Central and Western Europe eventually happen in Denmark, but with a delay of some years or even decades.

The same lack of originality is found in Danish foreign policy which has always been defined by the world’s current major powers. It supported France when Napoleon peaked in power until the British bombardment of Copenhagen in 1807, which changed Copenhagen’s loyalty from Paris to London. Denmark, unlike Norway, pledged its allegiance to Berlin when Nazi Germany looked like it was winning the war until Hitler’s devastating loss in Stalingrad consequently made Denmark a British ally again.

Similarly, when security and integration politics were fused together by Western governments after 9/11, Denmark became even more eager to “learn” from its big neighbours. The so-called counter terrorism laws and prevent strategies of Britain is mirrored by the policies in Denmark. The “tough on Muslims” rhetoric from French and Dutch politicians is echoed in Denmark, not only from the right-wing, but from labour and socialist parties as well.

It is very unusual for Denmark to lead in anything but with the upcoming Imam Bill, it is happening nevertheless. “Leading” is usually associated with doing something good; however, in this case it could be argued that leading is not always a virtue. “The Imam Package”, as it is called, contains elements more far-reaching than any other law passed in Europe since 9/11.

A majority of the Danish parliament, including leftwing and socialist parties, agreed to the bill in June this year, and it is expected to be passed at the beginning of the coming year. The declared aim of the bill is to fight “religious preachers who seek to undermine Danish values and law”.[2]  The Imam Bill will make it a criminal offence to “explicitly condone any of the specific acts such as stoning, flogging, physical punishment of children, cutting of hands, circumcision of women, forced marriage and polygamy” i.e. what they deem sharia-law.

Violation of the law can result in 3 years of imprisonment as a maximum sentence. If a secular liberal condones polygamy, he or she is exempted from the law as it only targets “religious” consent and not opinions argued in a “democratic” fashion. Similarly, the right wing MP, Marie Krarup, will not be subject to the law even though she calls for physical punishment of children because she expresses her opinions within the democratic framework.

Hence, a Muslim preacher or lecturer can be imprisoned for 3 years for saying: “I believe in polygamy, because the Qur’ān allows it.”

The criminalisation of religious and political convictions is not the only extreme aspect of this bill. It even prohibits these views to be expressed in “private” circumstances using the example of a “confidential” conversation of a person who seeks advice from a “religious preacher”.

It also mentions opinions expressed on Facebook and religious magazines as examples as well as a “political debate, which initially is not subjected to the law”. However, this debate could change its nature to become “religious teaching” and therefore “becomes included in the criminalisation”.

Several public figures have expressed their resentment of the law.

The Dean of the People’s University of Copenhagen, Bente Hagelund, said regarding the bill

“it is evident by the motives that the bill targets legal, but unpopular statements. Honestly, it is hypocritical of us to yell about equality and human rights while discriminating between the organisations we like and those we don’t like.”[3]

The Vice Director of the Institute of Human Rights, Louise Holck, commented on the bill by saying: “to criminalise something said in a private circle is extremely far-reaching”.[4] A similar reaction came from Lisbet Christoffersen, Professor in Public Law from the University of Roskilde, who considered the bill to pose “a serious change in Danish religious law practice”.[5] Jacob Mchangama, Director of think tank Justitia, criticised the law for criminalising views which do not encourage violence.[6]

Christians and Jews need not worry

The Danish government has not done much to hide its true agenda. When the general secretary of the Danish Baptist Church objected to the law, Danish Minister of Culture and Church, Bertel Haarder, was quick to calm them down by assuring the law was not “casting suspicion on religion generally” but was targeting “imams”.[7]

In other words, it is not targeting religions in general but one specific religion. The Imam Bill itself mentions that it would be unconstitutional to limit the law to target one single religion or religious group, and therefore religious preachers must be referred to in a general way in the bill.

Things can become messy when a small time state tries to lead. The legal think tank Justitia wrote an eighteen page report arguing the Imam Bill violates The European Convention on Human Rights (ECHR) as it fails to live up to the qualitative and proportional requirements of the ECHR.[8]

Indeed, the Danish parliament does not seem to have thoroughly thought things through. The bill itself was a swift reaction to a 6-series Islamophobic documentary called “Mosques behind the veil” starring a member of Council of Ex-Muslims, Nahla Mahmoud, who is well-known for her anti-Muslim sentiments. Its distorted display of Danish mosques subjected the documentary to harsh criticism from communication experts such as Professor Vibeke Bor­berg and PhD Christian Suhr.[9]

Two months after this so-called documentary aired, a majority of parties in the parliament agreed to the new bill. In many countries laws are made after a thorough and comprehensive study of data material, expert commissions and long term experiences. In Denmark laws are made in response to documentaries. Even more extraordinary is that the Imam Bill itself mentions the documentary as the reason behind the bill.

Quite ironically, for the last decade Danish politicians have portrayed themselves as champions of free speech. Globally, the Cartoon Crisis is viewed as a disgrace and harassment towards Muslims. In Denmark, however, it is seen as a great noble battle for free speech which Denmark eventually won.

The Cartoon Crisis, of course, had nothing to do with free speech but was a result of an encouragement to Danish newspapers, from the Danish Minister of Culture, Brian Mikkelsen, to deride Islamic symbols after a Danish artist refused to urinate on the Qur’ān.[10] The same ministry, by the way, forgot everything about free speech when it threatened the director of Denmark’s Loyal Library as he refused to cancel a political conference about Afghanistan held by a Muslim organisation, Hizb ut-Tahrir.[11]

Just like the Cartoon Crisis, the Imam Bill exposes Denmark’s anti-Muslim agenda and hypocritical policies. With policies such as the Swiss “handshake” law and the burqini ban in France, European countries in general are looking more and more like reemerging medieval police states. The Imam Bill is very unlikely to cause a drop of support to the Sharia. However, liberals’ confidence in their own values might have suffered quite the drop.

Dr Taimullah has been active as a Muslim writer and lecturer
in Denmark throughout the last decade. His writings usually deal with
political and cultural issues related to Muslims in Europe and in the
Middle East. He chairs a committee in a large Muslim organization
dedicated to building strong ties between Muslim organizations, and
connecting with influential non-Muslim thinkers, activists and
politicians as well. The youth wings of Denmark’s various political
parties invite him frequently for lectures and debates.