#AleppoIsDying – 12 things you can do 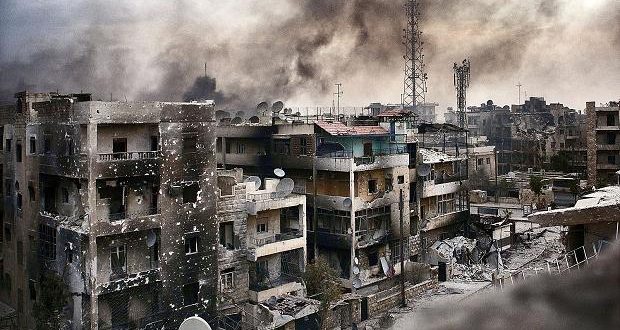 After the pitiful debate in Parliament today here are 12 actions all UK citizens can call for and things you can do against Assad and his supporters.

I. Make sincere du’ā to Allāh to help the people suffering, bring them victory and dignity, have mercy on their shuhadā. Also make du’ā to forgive our shortcomings in fulfilling their rights and not helping them as much as we could have until now.

II. Donate financially towards the relief efforts for those suffering: http://bit.ly/29mfmsK

III. Protest on a regular basis against Assad and his allies’ interests, buildings in your country, including Russia.

IV. All Imāms should engage in Qunūt in the obligatory prayers in mosques (click here for details)

V.  Ask governments around the world to freeze and block all property and financial assets of key members of the Assad regime and key people who support it. Analyse and highlight the grave threat that Putin and Russia pose to the Western world.

VI.  Ask governments not to trade with the Assad regime. Do not buy any food and products from Assad-controlled Syria, Russia and countries that supported and aided him.

VII.  Send a message to your MP using http://theyworkforyou.com and sign this petition: https://petition.parliament.uk/petitions/173574

VIII.  The Grand Mufti of Assad was allowed into the UK.  No Muslims called for him to be barred.   Ask for all prominent Assad supporters to be denied entry to the UK and other European countries.

IX.  Refuse to share a platform with any known supporters of the Assad regime.

X.  Analyse and expose the vile propaganda and conspiracy theories coming from supporters of Assad and his allies.  Their propaganda has unfortunately been adopted by many people in the UK, some even at a political level.

XI. Call for Assad and members of his regime to be indicted for war crimes and crimes against humanity and brought to justice internationally. Log and collect evidence and identify those who have committed war crimes and crimes against humanity in Syria and call for them to be indicted.  These people should be pursued for however long it takes, even decades.

XII.  Email the following or something similar to [email protected]

I am writing to request safe passage for the remaining civilians and humanitarian workers in Aleppo, Syria in light of the message from them below:

‘We are calling on the international community to provide a safe passage out of Aleppo for the remaining 100,000 people. We know that the UN has a plan to get us out across the four kilometres of Western Aleppo to safety; with a few dozen buses and lorries we could all be evacuated in twenty four hours. However, we need the international community to guarantee the safety of their workers and our own.’