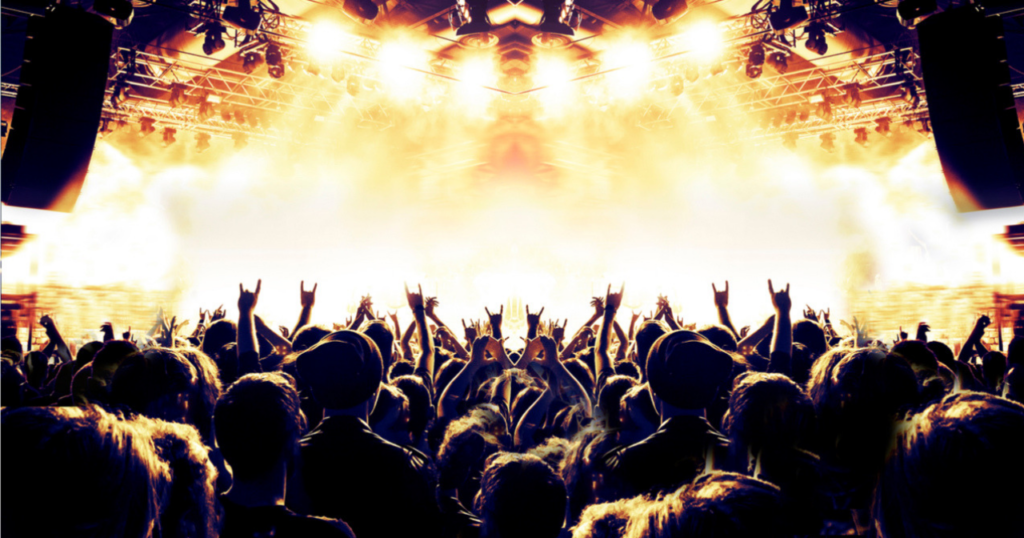 The last couple of Ramaḍān days in 2018 coincided with the beginning of the World Cup in Sochi, Russia. Kicking off the tournament was the Saudi Arabian football team, who, along with its coaches and fans, was given the green light to break their fast, en masse. [1]

Besides the rightness or wrongness of eating for the sake of what would have, in a recent era, been regarded as a futile pastime, the stakes were set for a revitalised win. Awkwardly, they were crushed 5-0 by an unhopeful Russia, to which some on social media began sneering: “They neither ended up fasting with the believers nor playing like the disbelievers.”

Fast forward a year and we hear that a rapper, known for her “typically revealing outfits and explicit lyrics”, according to a BBC [2] reference I have chosen to omit, will perform at the Jeddah World Fest on 18th July. It is scheduled to be the largest live music festival in the heartland of Islām and will take place just 50 miles from the House of Allāh, the Kaʿbah, running into the sacred month of Dhul Ḥijjah when millions will visit the Sacred House, announcing, “we are here, Allāh, we are here.”

Though the fest’s organisers (at whatever political level) think they have done well in showcasing an aesthetic, liberal face, their cajoling the West is still failing in hugely embarrassing ways. The billions of dollars of petrol money have done little to bribe the West’s silence over the premeditated murder of journalist Jamal Khashoggi, war crimes committed in Yemen, and numerous human rights violations. Even with the moral and financial beg-friending, television exposés of gulf-ruling families that divulge seriously shameful revelations, on public BBC television, are becoming routine. [3]

“But Allāh is mocking them, and drawing them on, as they wander blindly in their excessive insolence.” [4]

Conversely, and quite ironically, the self-respecting advocates of philosophies are very different to those recognised in the West: those who are imprisoned in Saudi Arabia are still held in higher esteem, in the West and continue to be seen as ‘people of principle’ and victims of expression and personal conscience. [5] [6]

In other words, much like the encounter with Russia, those seeking to ‘liberalise’ the country have become neither stately custodians of Islām, nor paraders of proper Western liberalism or its political systems, and thus, they sway between the two and belong to neither.

“[They, the hypocrites, are] swaying between this and that, belonging neither to these nor to those; and he whom Allāh sends astray, you will not find for him a way [to the truth – Islām].” [7]

Let us discuss this further. For starters, the Jeddah Fest misfits only got their ‘freedom’ to corrupt when they barred the liberty of others to speak out against them and incarcerated scholars and activists. To be honest, this is a general conundrum that all forms of muscular liberalism around the world suffer from: “You can do and say what you want, so long as you do and say what I want”.

These desperate displays of ‘liberty’ are thus clumsy because they are oxymoronic, built on repressing voices of reason and religiosity. Political Theorist Professor John Dunn, in fact, notes autocracy as a component of the antithesis of liberalism. [8]

Secondly, why is it that sexual promiscuity is always the only thing the Gulf brandishes when showcasing their path to ‘reform’? Seriously, which dullard decided that the path to civilizational reform must start with bikini beaches, [9] dozens of new cinemas, [10] and pop concerts? [11] [12] Liberalists, at best, see these things as ‘entertainment’ after a busy day of civil service where such activities do not take place.

In fact, John Locke, the so-called ‘Founding Father of Liberalism’, outlines in his 1690’s foundational thoughts on a liberal society, the Two Treatises of Government, that legitimate governments are only those that have the consent of the people. Are we allowed to ask if this founding tenet of liberal political theory will be on the agenda of the Gulf’s drive to liberalism? [13] Will the ragdolls being used to showcase Saudi Arabia’s new ‘liberal’ face be demanding their democratic voice when electing a government, or just be photographs at ‘belote’ betting games for its gawky-named General Entertainment Authority? [14]

Thirdly, Western liberalism, for all its flaws, is supposed to be a vehicle, not an objective. Being a liberal does not automatically make you impressive, but rather, exercising your liberty to do good is what makes you good. In laymen’s terms, ‘pimping around’ at exposed festivals, even by liberal standards, makes you a playboy just as taking the liberty to overdrink makes you a drunkard.

The buffoons signing up to this gig are, in fact, being forcibly shaped into the exclusively sexual manifestation of ‘liberation’ that the facilitators recognise. Having been convinced ‘reform’ means inaugurating the filthy industry, they have become like national mannequins, leaving passers-by perplexed at why they are entirely undressed. By this, they are neither succeeding in following the ‘etiquettes of liberalism’ – if there ever were any – nor the virtues of their original identity as pure, honourable Muslims.

It is a shame and it wrenches the heart that the ‘Land of Tawḥīd’ and ‘Land of the Two Holy Sanctuaries’ is allowing itself to head in this direction. This is not denying the colossal amount of scholarship, modesty, and virtue that remains. Muslims across the world, however, expect better representation from whom they have historically and naturally wanted to confer the custodianship of Islām to.

In a statement attributed to ʿAlī (raḍiy Allāhu ʿanhu), he says: “Truth is not known by men. Know the truth, you will know the men upon it.” No doubt with an honest knowledge of Islām, we will unsurprisingly look for alternative role-models.

Muslims in the West simply find no inspiration in godlessness and carnalism. They not only see these things everywhere but see that they have not done any favours to their proponents. If anything, Western non-Muslims admire Muslims for being able to serve the opposite. The two have failed to bring contentment to the West, let alone underpin ‘reform’ efforts in Muslim heartlands, chasing ends those that have reached them are running away from! But it is as Allāh (subḥānahu wa taʿālā) says:

“…If you turn away, He will replace you with a people other than yourselves and they will not be like you.” [15]

[2] Omitted due to revealing pictures