Is the Nicki Minaj mega music festival really that shocking? 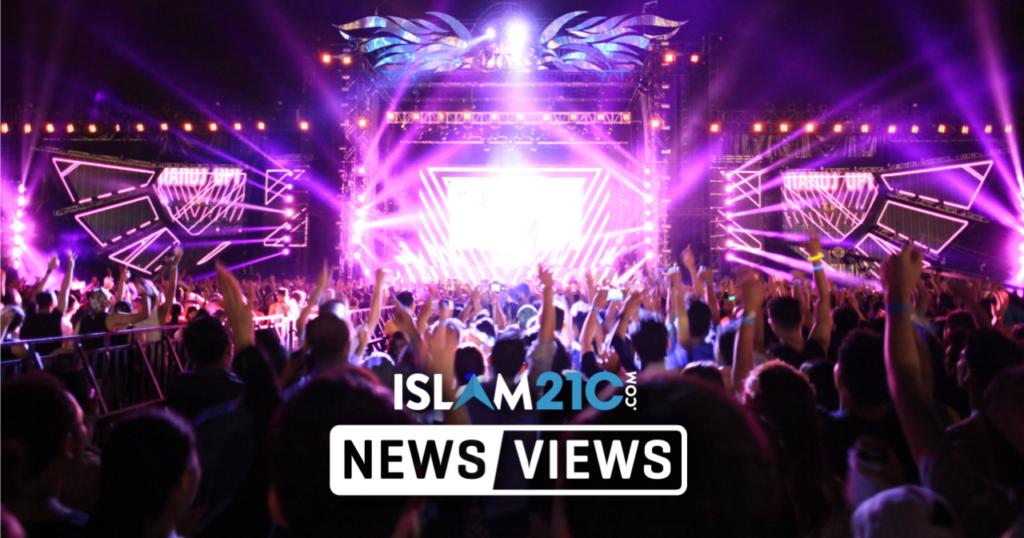 Just a short journey from where the Prophet Muhammad (sall Allāhu ʿalayhi wa sallam) is laid to rest, a festival in which musicians from around the globe, including Nikki Minaj who is known for her profanity laden songs with references to casual sex and drugs, is to take place in Jeddah, the sacred land of the hijāz. The festival is set to run into the days of Dhul Hijjah when Muslims from around the world travel to the sacred lands for Hajj.

The Jeddah Season Festival is part of the Crown Prince, Muhammad b. Salman’s ‘reformation’ program for the Kingdom. It follows hot on the heels of Mariah Carey’s concert in December, or as it was otherwise known, ‘Christmas Concert’.

Saudi Arabia is traditionally a conservative Muslim country and popstars such as Minaj are at odds with the cultural values of the vast majority of the people within it. Indeed, such popstars do not only offend the values of orthodox Muslims, but also the values of people of other faiths, no faith, and those who oppose the objectification of women, the sexualisation of the entertainment industry, and the grotesque use of profanity.

Many have interpreted these developments as being a charm offensive, as the country was outed for the murder and decapitation of journalist Jamal Khashoggi as well as being widely condemned for the war in Yemen. By dropping thousands of bombs on the poorest country in the Middle East, the nation has been reeling in famine, which has already claimed the lives of countless children.

These changes have been pitched to the West as great reform in the Middle East. However, commentators have pointed out that holding pop concerts and even allowing women to drive are superficial distractions from the real problems in the country. For example, the rate of unemployment remains at record levels: almost 13% of the population, in which the majority are under 30. Despite the song and dance with which the authorities have introduced their economic reforms, the economy has been largely unaffected. [1] Rather than investing inwardly and using the country’s vast oil wealth to spearhead research into renewable energy – especially solar energy – the House of Saud has chosen to invest $3.5 billion into Uber and a further several billion into other Silicon Valley companies, such as Slack, We Work, and a dog walking app named Wag. [2]

The Jeddah Music Festival is a pitiful imitation of the worst aspects of Western culture and it betrays the colonised mind-set that still pervades the Middle East and beyond, rather than celebrating the country’s thousands of years of heritage. Many have argued the authorities could have portrayed their country as a confident and dignified Muslim country, comfortable in its Islamic identity and yet ready to become a hub for modern technology and finance.

Is ‘Progress’ the Imitation of Former Colonisers?

To borrow from Karl Marx, these Western style festivals are merely an opium for the masses – something to divert them from the real issues in their country. These include the ability to elect their own leaders, the separation of the executive from the judiciary, a free press which holds the ruler to account, protection of civil liberties, rule of law, an affordable healthcare system, and employment. All of these things, however, had been brought by the Prophet (sall Allāhu ʿalayhi wa sallam) 1400 years ago.

It is likely that the thousands of people who attend the concerts are not representative of the general population, which totals to 33 million. Furthermore, as the son of jailed cleric Sheikh Salman al-Oudah said:

It was after the incarceration of these scholars that MBS felt sufficiently bold enough to introduce what many in the country would consider to be against the basic tenants of Islām.

As a testament to his father’s upbringing, Sheikh Salman al-Oudah’s son showed empathy for others when he commented:

“My father is the most popular figure in the kingdom and he was treated like that. So just imagine those who are less known or even not known to the public or to the international media, what would they do? How would they treat such people?” [4]

Modernisation is not holding concerts or opening cinemas. Rather, it is establishing civil rights. It is giving people agency to elect their leaders. It is the separation of state from the judiciary. It is having a free or affordable healthcare system. It is not the repression of political dissent, the imprisonment of political activists, or the murdering of journalists.

Some commentators have suggested that the monarchy is living on borrowed time. Its repression of citizens, the pulverisation of one of the poorest countries in the world, and the murdering of orphans and widows. Furthermore, its brazen disrespect of Allāh (subḥānahu wa taʿālā)’s most beloved will have a cost, either in this life or the next. Is this really reform or is it the conflation of reformation with modernising dictatorship?