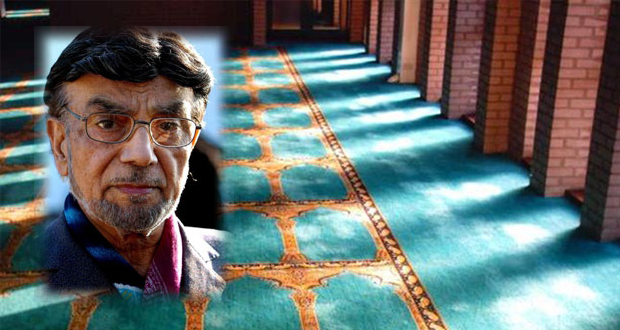 The Muslim Research and Development Foundation (MRDF) and the Islam21c team would like to express our condolences to the family and community of Dr Mohammed Naseem, may Allāh have mercy on him.  This morning, at the age of 90, this servant of Allāh and leader of the Muslim community in Birmingham and the UK, met his Lord.  Truly, to Allāh we belong and to Him we return.

Dr Naseem was well known in Birmingham as the founding chairman of Birmingham Central Mosque.  One of the particularly praiseworthy attributes that he has been described with was his passion for keeping unity among the Muslims.  The Muslims in Birmingham have informed us that he helped to hold the congregation of the Mosque together by giving everyone a platform and not giving any particular group a disproportionate role or treatment.  We hope Allāh rewards him greatly for this and all of his actions—both private and public—and that He blesses his successors with such a concern for the unity and wellbeing of the Muslims.

Dr Naseem was also known for speaking out against injustices and transgressions, even if it created controversy and made him the subject of attacks from the enemies of Islam and Muslims.  The most recent example of this was his standing firm on the Islamic prohibition of sodomy[1] despite smear campaigns and even threats against him[2].  He also spoke out against the ruling establishment, likening Tony Blair to Adolf Hitler[3] for the former’s opportunistic, relentless persecution and vilification of the symbols of Islam and Muslims in the UK following the July 7th bombings in London.

According to the Birmingham Central Mosque website[4], his janaza (funeral) prayer will be held in the masjid on Thursday the 24th of April 2014, and we remind ourselves and others that the Prophet (sall Allāhu ‘alayhi wasallam) said: