Condolences on the passing of Moazzam Begg’s father 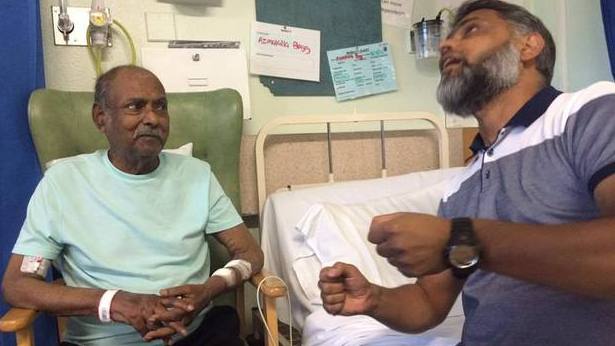 We offer our sincere condolences to the family of Moazzam Begg whose father, Azmat Begg, passed away this Saturday morning.

This is surely a difficult time for the Begg family and their loved ones. Losing a parent is to lose a teacher, a supporter, a friend and a person’s connection to the past. This is reflected in Moazzam Begg’s own words about his father,

This morning my beloved father passed away and returned to his Lord. He showed me the way to dignity, hope, courage, resilience, patience and faith and fought for me in ways that few ever could during the darkest of times. I will never forget his teachings and will pass them down to future generations. He was loved by the inhabitants of this world. Let that love pass to the inhabitants of the next – may Allah ease his passage into it. Please remember him – and us – in your prayers.

Azmat Begg was a hard-working man who instilled similar values in his chilldren. Formerly a bank manager, he immigrated to the UK and, upon losing his wife in 1974, was left with the charge of raising his family on his own. Through his upbringing, Moazzam Begg would grow to get tube wells fixed in underdeveloped and war-torn countries and strive to establish schools and improve literacy rates around the world.[1]

During his son’s wrongful incarceration, Azmat Begg campaigned tirelessly for Moazzam’s freedom and acquittal. Speaking with journalists he would recount stories of his son growing up and insisted on his innocence and good character,

‘I am worried like a father who would worry about his son […] He is a lovely and bright boy and obedient. He never tells lies and always does the right thing. He told me he wanted to start a school in Afghanistan to improve the literacy rates there.’[2]

Alhamdulillah, it is by the mercy of Allah that father and son were able to reunite and enjoy a decade of Moazzam’s freedom.  Difficult as it is to experience the passing of a loved one, it is a reminder of the reality of our ever-approaching appointment with our Lord and the allotted time we have left. Azmat Begg used his time living by his values, giving support to his family, fighting for justice and campaigning for truth. In a recent message, Sheikh Zahir Mahmood recounts,

Earlier on today, I went to see Moazzam Begg to pay my condolences on the demise of his father. I reminded him of what their father had told them on the demise of their mother, whilst he was only six. He said that he was thinking of the same thing earlier today.

I have lifted the discussion from his book, Enemy Combatant below;

‘On the day when she finally died of breast cancer, my father took us to the park and told us, “You mother is no more, she has gone to Allah.” We all cried. My father explained we are like passengers, waiting to embark on a train to take us to the next destination. She has embarked on that train earlier than people usually do, but someday, we would all have to get on board. He added that we had been the dearest things in her life, and her last wish had been for her sons to grow into men respected and well known in the world.’

I guess his mother’s wishes have been fulfilled. May Allah grant his father Jannatul Firdous and reunite them all therein.