Israel is its Worst Antagonist 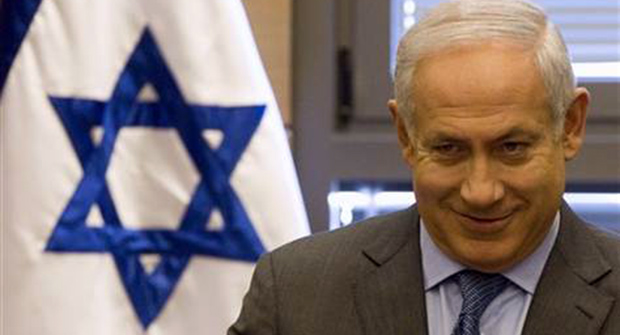 In 1947 a ship bound for British controlled Palestine was intercepted by the British Navy. Aboard were some 4,500 Jewish Holocaust survivors all of whom hoped to settle in Palestine. But faced with sporadic violence from committed Zionists, scores of illegal Jewish immigrants wanting to escape the camps set up for them in the aftermath of the Second World War and strong resistance from indigenous Palestinians, Britain had placed a restriction on further Jewish immigration and so the ship, named the Exodus, was stopped before it could reach Palestine. The Navy boarded the ship and tried to wrest control so as to return it to Europe. In the heat of the moment fighting broke out and Naval officers opened fire killing three passengers and injuring many more. Eventually, the passengers were boarded on to three separate prison ships and deported back to Europe. As news spread of the incident the world was aghast.

Recently history has in a sense repeated itself. The details may be different but the parallels are striking. Israel today has taken the role of Britain in the past and in taking this role has also intimated its colonial nature much like Britain a little over 60 years ago. Unlike Britain during the middle of the twentieth century though Israel doe not regard itself as colonial. In fact it is adamant in denying this appellative for itself. What this means is twofold. It is plagued by a curious psychosis (of which I have written about elsewhere) which fosters a deep paranoia that prevents it from seeing itself both as an object and subject of the tragedies it is involved in. This can be seen most recently in Israel’s inability to take responsibility for the murderous outcome of its over reaction with regards the freedom flotilla that was attacked by the Israeli army. Its spokespeople insist that they were attacked – one claim alleges those on board the flotilla fired shots at soldiers, a claim that has not been substantiated. Such too were the claims made by the British with regards the resistance by those aboard the Exodus, a claim that the New York Times in 1947 reported was strongly disputed by the Jewish refugees.

The psychosis and paranoia of Israel has turned a people who ought to have been the greatest sympathisers with victims of injustice into those who mercilessly brutalise others. Their inability to see their own hand in the cycle of violence that surrounds them is one of the biggest hurdles to peace in the region though of course their inability is rooted precisely in their colonial nature. Thus colonialisms of all sorts breed a vicious circularity: the very presence of colonialism initiates violence yet the very presence of colonialism also makes it harder to see the violence as initiated by colonialism. Caught in this terrible conundrum it is not the colonialist that can be entreated to sort its own affairs for s/he lacks the critical insight needed to arrive at possible solutions to his or her own misery and the misery of others. Take for instance the example of South Africa. The infamous Sharpville massacre occurred precisely because the Apartheid government in South Africa was unable and unwilling to see itself as part of the problem against which ordinary South Africans were marching. Instead all it saw was an obdurate and inferior crowd railing against more progressive forces. The commanding officer of the police reinforcement at Sharpeville – a Lieutenant Colonel Pienaar – for instance, made a statement following the shooting by police officers at an unarmed crowd of protesters saying ‘the native mentality does not allow them to gather for a peaceful demonstration. For them to gather means violence’. The outrage by the international community, including the expulsion of South Africa from the Commonwealth together with the Academic boycotts against South African Universities and academicians was part of the response necessary to compel the Apartheid government to see through its psychosis. It was a way in which to rehabilitate its vision to reality beyond the phantasmal imaginings of its own morbid mentality.

Israel too needs an intervention of a similar kind. Its flagrant disregard for legal and ethical standards makes it equal to the worst terrorists. What is unfortunate and deserves more discussion, however, is the fact that Israel’s colonial condition is sustained by an American imperium and this too needs addressing. What will be interesting is to see the US response to what has happened to the freedom flotilla and how it positions itself vis-a-vis Israel. If it gets this wrong, as the sceptics everywhere no doubt anticipate it will, then not only will this episode and its parallels to colonial history reinforce Israel’s coloniality, but also confirm (if it needed confirming) America’s own Imperial nature. Were that to happen, this episode will merely add to the list of grievances that people have to the new global imperialism in which Israel and America stand as both protagonists and their own worst antagonist.