Mohammad Qutb – Death of an Icon 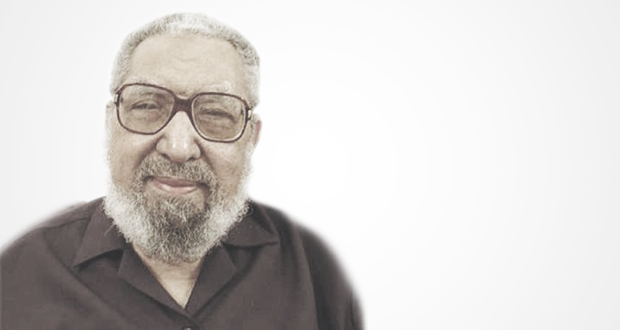 All praise be to Allāh and may His blessings and peace be upon his prophet Muhammad.

It is with great sadness that we hear of the passing away of a unique Muslim thinker and great revivalist, Muhammad Qutb, on the morning of Friday, the 4th of Jumāda The Second, corresponding to the 4th of April.  Sheikh Muhammad Qutb—the brother of the notable twentieth century theologian and thinker, Sayyid Qutb (may Allāh have mercy on them both)—was of the prominent theologians that had a profound impact on the Muslims all over the world.

He was born in 1919, and while little is known about his early upbringing, it is confirmed that he obtained a degree in English literature from Cairo University, formerly known as Fuʾād University, in 1940 followed by Diploma in Education and Psychology. He declared on numerous occasions that his older brother, Sayyid Qutb, was one of the main influential people in his early life. In fact, it is apparent that Sayyid Qutb also had an influence on their two sisters who were imprisoned later for same reason.

He was arrested and imprisoned with his older brother, Sayyid Qutb at least twice, once in 1954 under the bitter regime of Abdel Nasser and again in 1965 until 1972. Sayyid Qutb was executed in 1966 while Muhammad Qutb was released in 1972 to find himself compelled to flee to Saudi Arabia, dedicating his life to education, Da’wah and writing.  He joined King AbdulAziz and Umm ul-Qura universities as a lecturer in Islamic Studies. During that period, he supervised many academic theses for many noble scholars including: Sheikh Safar al-Hawāli in his masters’ thesis on secularism in the Muslim Ummah, and then his PhD on “al–Irjā” in Islamic theology: Dr Muhammad Sa’īd al-Qahtāni in his PhD on al–Walā and al-Barā’ah; Dr ‘Alī al-Olayyāni in his PhD on al-Jihād and its role in Islamic Da’wah, and many others.

It has to be said that his ideas were nothing but going back to the purest form of Islām, which caused social, political and comprehensive change in the lives of individuals and societies. After the fall of the Othman Caliphate in 1924, many ideas came about that manifested a weak and miserable status of the Muslim Ummah at that time. Hence, ideas such as those of Sayyid Qutb and then his brother, Muhammad Qutb, were not only considered novel but in fact they were seen as revolutionary.

Sheikh. Qutb continued his Da’wah effort in Saudi Arabia where he published a number of his brother’s books[1]. Sheikh Qutb became known for his critique of certain western values, standards and intellectual ideals in way that revealed deep and comprehensive understanding. Of his most notable (Arabic) books are: “The Ignorance (Jāhiliyyah) of the Twentieth Century”; “Our Contemporary Reality”; “How to Write Islamic History”; “There is no God but Allāh, a Theology, a Law and a Way of Life”; “Secularists and Islām”; “Misconceptions About Islām”; and “Islamic Principles Surrounding Social Sciences.” His distinctiveness in articulating orthodox Islām in modern, comprehensible terminology that is relevant to the current century made his work appreciated even by non-Muslims. He was among the very few thinkers who promote focusing in the total nourishment (tarbiyyah) of people and has written many books on this.

The unique and extraordinary features in the thoughts and ideas of Muhammad Qutb is that he combined between Islamic orthodoxy and practicality in applying it to contemporary affairs and assimilating them on a societal and political level. Sheikh Qutb had an exceptional ability of understanding the nature of the human being from many angles, articulating this from a practically physiological perspective. His thinking was on a global level, demonstrating forward thinking and long-sightedness, rather than a focus on relatively minor issues. Today we remember one of the champions of the Islamic Da’wah, a rare global intellectual—an icon of contemporary Islamic history.

The impact of Muhammad Qutb’s legacy spoke louder than his name. This was because of his beautiful conduct in propagating Islām, his remarkable humility and his passion and optimism. Turkish Prime Minister Erdogan amazed his guards and Saudi officials when he requested a visit to Sheikh Muhammad Qutb during his visit to Makkah for ‘Umrah a few years ago. Upon offering him permanent stay in Turkey, Muhammad Qutb said that he preferred to stay next to the house of Allāh. This story was narrated through many sources including through his son, Usāmah.

The Prophet (salla Allāh ‘alayh wasalam) said: “Allāh says, ‘He who is humble toward Me like this [and he lowered his palm to the ground until it was levelled with it], I will elevate him like this [and the Prophet (salla Allāh ‘alayh wasalam) raised his palm upwards facing the sky until it was high up]’.[2]” Indeed his life has ceased but his actions will persist through the impact of his Da’wah, his inspiration of succeeding generations and through supplications of righteous Muslims for him. May Allāh elevate his status, forgive his shortcomings and admit him into his everlasting abode.