Condolences to our Chief Editor on his father’s passing 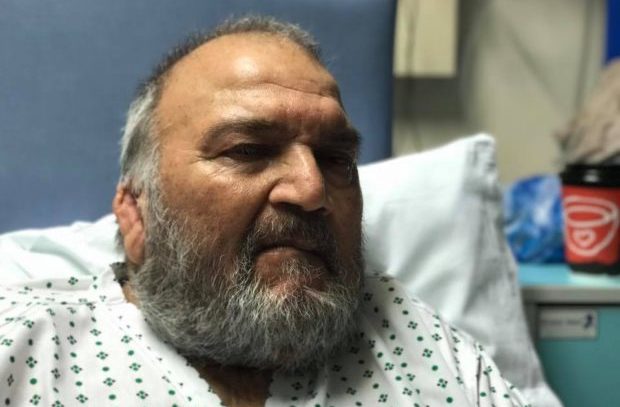 The father of our Chief Editor Dr. Salman Butt passed away last night in hospital after a period of illness. We ask Allah to shower His mercy upon Abdul Majid Butt and to admit him to His Jannat al-Firdaws.

Salman, had the following to say:

By the grace of Allāh our father just passed away.

It is from the Sunna to have husn al-dhann billāh (an optimistic opinion of Allāh’s decree), and my father’s death has been full of positive signs. Alhamdulillāh.

He has been unconscious for the last day or so and the last thing we heard him utter was the kalima. Alhamdulillāh.

We saw that his breathing became a bit strained just now. I started reciting Sūrat Yāsīn over him, and when I was tapped on the shoulder when the nurse said that he had passed away I literally was reciting the very verses which some ‘ulama stated is a wisdom of reciting it over the dying; the āyāt:

“It was said (to him when he died) “Enter Paradise.” He said: “Would that my people knew!”

“That my Lord has forgiven me, and made me of the honoured ones!”

Alhamdulillāh what a blessing. We ask Allāh to forgive this humble slave out of his mercy, reward him with the best reward and give us the tawfīq to serve him and his rights after his death.

We have set up a charitable cause for Salman’s father below. We pray it brings him mountains of good deeds when he needs it most. Please remember his father, him and his entire family in your Dua. Donate to his father’s cause here and spread the word.

Alhamdulillāh Allāh has continued to bless his slave Abdul Majid Butt (aka Bao Jee) by facilitating a speedy funeral and burial as per the instruction of His beloved messenger.

Burial will be straight after inshāAllāh in Slough Cemetary:
Stoke Rd, Slough, SL2 5AX
(It might be raining so bring some bags to cover your shoes if it gets wet)