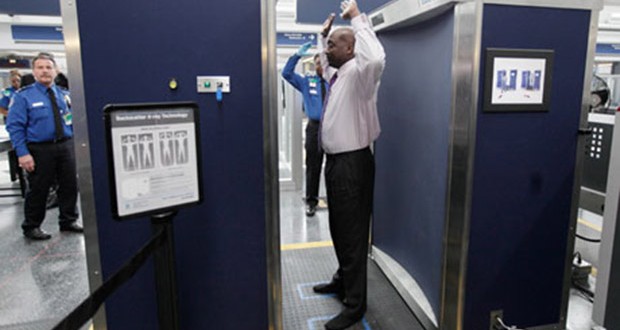 Praise be to Allah, Lord of all that is created, and may His peace and blessings be upon Muhammad His final messenger.

We have recently been witness to various governments’ approval for installing Full Body Security Scanners (also known as ‘Nude-body Scanners’) at a number of airports in and around the United States and Europe under the guise of protecting society from the threat of terrorism. This move is a clear demonstration of the depravation of morality, which is more than evident after considering the numerous reports that explain the functionality of these scanners. These reports have also been accompanied by images of actual scans that clearly portray the naked bodies of men and women.Such measures are unquestionably an outrage, not only for Muslims, but for all those who represent decency and value their right not to be physically exposed to others. To what extent will such governments continue to infringe upon the personal rights of the people in the supposed name of safety and prevention? How can the trivialisation and legalisation of nudity, as well as infringement on the rights of people be justified by the unsubstantiated pretext that we will all be safer?
Islam, in providing perfect examples for morality and social conduct, calls upon human beings to guard their private parts and deal with matters of sexuality in an honourable way, and thus, in setting the precedence for decency, Allah the Most High states:

In discussing the affair of those who are successful, Allah the Most High states,

“Successful indeed are the believers…those who guard their private parts.” (Surah Mu’minun 23:1, 23:5)

In addition to this, the Prophet (PBUH) commanded,

“Protect your private parts except from your wives or those whom your right hands possess.”

It is the intrinsic nature, or fiṭrah, of human beings to protect themselves from indecent exposure, as indeed it is confirmed that when the private parts of Adam and Eve were exposed (due to their sin), they endeavoured to cover themselves although no other human being was present. Furthermore, it is undoubtedly a fact that all normal, conscientious human beings feel humiliated and embarrassed at being indecently exposed in front of others, and it goes against any semblance of a civilised society to inflict this on others.
Several human rights and religious groups have expressed their disapproval and opposition of such scanners on the grounds of violation of privacy and human dignity. From amongst these groups, The Fiqh Council of North America published the following fatwa:
“The Fiqh Council of North America (FCNA) emphasizes that a general and public use of such scanners is against the teachings of Islam, natural law and all religions and cultures that stand for decency and modesty.
It is a violation of clear Islamic teachings that men or women be seen naked by other men and women. Islam highly emphasizes ‘haya’ (modesty) and considers it part of faith. The Qur’an has commanded the believers, both men and women, to cover their private parts. Human beings are urged to be modest in their dress. [See Holy Quran, 7:26-27; 24:30-31; 33:59.]
Exception to this rule can be made in case of extreme necessity, such as medical treatment, to investigate a crime or in a situation of imminent danger. There must be a compelling case for the necessity and the exemption to this rule must be proportional to the demonstrated need.
FCNA fully supports the necessary measures for the safety and protection of all passengers. It is, however, deeply concerned about the use of nude body scanners for this purpose. FCNA recommends that instead of producing and displaying a picture of the body, software should be designed to produce only the picture of questionable materials on an outline of the body.”

Further, other technologies could be used that detect the presence of explosives without infringing on modesty as some European leaders have pointed out.

FCNA appreciates the alternate provision of pat-down search (when needed) and therefore recommend to Muslims to avail this option over the nude body scanners.“

As for the scanners themselves, such an ‘improvement’ in current security measures is neither required nor warranted. The pretext under which the scanners were introduced, namely the most recently alleged attempt to bring an airliner down over the Atlantic, is by no means a substantiating excuse, given that the Dutch airport (from where the alleged conspirator boarded the plane) failed to implement even the most basic of security measures (such as metal or chemical detectors, or even a passport!), let alone more stringent processes such as those previously found at Heathrow or JFK airport. The fact that there have been no successful attacks by conspirators flying from the UK or the US demonstrates that the existing security measures preceding the scanners were clearly sufficient.

Furthermore, the speed at which the scanners were introduced after the alleged attack implies that there was a plan to implement this scheme before the attack and certain agencies were merely waiting for a pretext by which they could put it into practice. However, whether this was the case or not, there exists no definitive reason as to why these scanners must be used at airports, and beyond being an infringement of our rights, there exists no consistent argument as to why previous security measures may have been insufficient.
It is compulsory for all Muslims to exert every possible effort to prevent the implementation of Body Scanners. At present it is merely in its trial phase whereby airports are attempting to normalize the procedure with a view to normalize the validity of its use in the minds of common individuals. Furthermore, we call upon all human beings to rise against this violation of our rights and exercise all possible means to stop this breach of morality and cause of degradation.
It is also obligatory upon Muslim groups and individuals of the west to exercise whatever power they have and apply pressure on their government to stop the use of such scanners. This includes writing to their MPs, Councilors, influential people and government agencies. It also constitutes marching against this unwarranted imposition; it should be condemned by working with civil liberty groups and lawyers to expose its violation of basic human rights that are also protected by Islam. Muslims living in Muslim countries should also apply pressure on their governments to exercise their influence on western governments to stop the use of these scanners. This includes the refusal to send their students or citizens to such countries in which these scanners are in operation. Muslims elsewhere are commanded to forbid this iniquity as much as they can by boycotting countries and sending letters of condemnation to the embassies of such governments involved.
We must remember that each one of us will be held accountable for the failure to act in forbidding evil and calling for righteousness. Indeed Allah the Most High states,

“And when a community among them said: “Why do you preach to a people whom Allah is about to destroy or to punish with a severe torment?” (The preachers) said: ‘In order to be free from guilt before your Lord (God), and perhaps they may fear Allah.’” (Al A’raaf 7:164)

As for those who find that they have no option other than to fly, they should demand that the one operating the scanner is of the same sex and ensure that the picture is deleted directly after the scan.
May Allah guide us all to what is good and righteous, and may He save us from the evil of others and ourselves. May Allah’s peace and blessing be upon His final Messenger, Muhammad, his family, his companions, and all those who follow in righteousness.
Notes:
Source: www.islam21c.com
2010-03-06
Shaykh (Dr) Haitham Al-Haddad
Previous: For the Student of Knowledge
Next: Would the Hijab Have Saved Him? 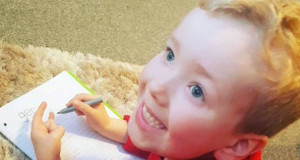 Arthur Labinjo-Hughes: The Kind of Death That Kills Us All 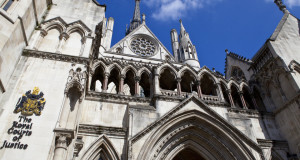