Are you ready for our first ever NATIONAL CAMPAIGN?
Home / Analysis / Music- A Simple Matter of Disagreement? pt 1 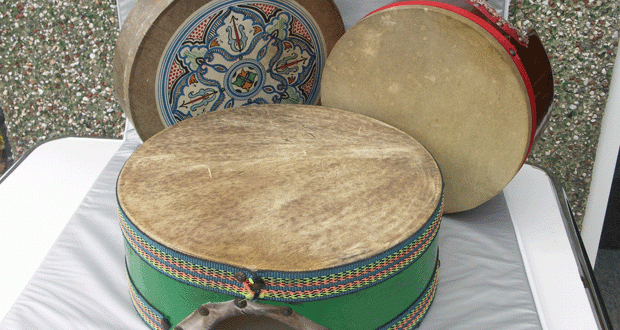 In an article written by Sister Yvonne Ridley titled Pop Culture in the name of Islam,1 she heavily criticised a recent phenomenon sweeping through Muslim communities across the UK and affecting both the young and more mature generations. The condemnation was particularly directed towards Brother Sami Yusuf. Reasons for this could be due to certain statements he made as well as his status as one of the foremost stars of ‘Islamic music’. Sami responded in turn and in his letter2 he addressed a number of ideological concepts currently debated in the public domain. He used the discourse on Islamic music as a medium through which to express his views about contemporary issues such as identity, culture and Britishness. These three topics provided the main focus of discussion and upon analysis I found him to employ arguments simultaneously being used by others; a regurgitation of many propounded elsewhere, which consistently argue an analogous perspective. I therefore find it imperative to engage with the wider Muslim audience on the aforementioned issues which I believe to be particularly significant for Muslims in our current climate. The intent is to provide a thorough discourse and analysis in an impartial fashion and to provide solutions to the complex dilemmas we Muslims face. I begin with the issue of music in light of the discourse of Muslim scholars. Culture, identity and Britishness will be discussed in forthcoming articles.

Many of the ideas and concepts remonstrated by those who argue viewpoints similar to Sami’s are neither substantiated nor adhere to Islamic principles. They are fanciful and idealistic notions of no tangible benefit and lack simple rational evidence.  It has unfortunately become common amongst Muslims, both the laity and elite, to deal with challenges of culture, identity and Britishness in a romantic fashion to the extent that the frequent use of terms such as love, peace and tolerance instil a false sense of hope and only serve to restrict philosophical and theological development.

This in turn amplifies the predicament as it renders the masses inoperative and unable to distinguish between idealism and realism thereby rendering them ineffective for the vital task of establishing a successful method by which people may live. Before accepting such idealistic notions at face value, it is of paramount importance that we scrutinise their relevance and practicality; we must examine the legitimacy of such ideas rationally and more importantly, legally, in accordance with Islamic law.

Music: A simple matter of disagreement?
Some Muslim musicians assert that music is one of the most controversial topics in Islamic jurisprudence, although they usually acknowledge that many eminent classical scholars have considered it forbidden. Some such as Sami Yusuf have argued that there are, ‘…other eminent scholars – classical and contemporary, who permit singing and the use of musical instruments.’3 Such statements are frequently used as Islamic evidence by those who hold the opinion that the production of music as well as listening to it is permissible. However, such a declaration demands the naming of scholars who have claimed that the subject of music is one of the most controversial topics in Islamic Jurisprudence. It is accepted that a few contemporary scholars hold the view that musical instruments are permissible albeit with certain conditions attached. Nevertheless, this does not render the issue of music a controversial one, especially within the confines of Islamic law. In this regard, we are at liberty to scrutinise our judicial rulings which have been formed over fourteen centuries in order to locate one scholar who described this issue as a highly controversial one. It is expedient that we understand the principle of Islamic law which informs us that where a handful of scholars hold a view which opposes the overwhelming majority, the issue neither remains controversial nor the difference acceptable and valid. This principle is agreed upon among Islamic jurists and reads, ‘There is no censure in issues of disagreement, while the censure is only in issues that have consensus’.4 The scholars have further explained the meaning of issues of disagreement by stating that irregular or weak opinions are excluded from this principle altogether rendering them open to censure. For this reason Ibn al-Qayyim in his work ’Ilam al-Muwaqqi’in explains at length the difference between issues that are open to enquiry and the exercising of one’s opinion [ijtihad] and issues that are not subject to ijtihad even if there may be scholars who hold opinions contrary to the established ruling.5

Failure to either differentiate between the two issues or to neglect this rule entirely will inevitably lead to significant problems which could possibly lead to the dissolution of Islamic law; this may seem ostensibly dramatic yet we are still required to accept certain truths though they do not seem inevitable. Throughout the works of comparative jurisprudence, especially the voluminous manuals such as al-Mughni, al-Majmu’, Fath al-Bari, ‘Umadat-ul-Qari and al-Tamheed, we rarely unearth a legal issue which is free from dispute but to accommodate each and every opinion in all legal disputes would result in a disordered system void of the perfection projected by Islam. To give an example, there is an opinion held by some scholars that the Isha’ prayer is suspended during the summer months in countries such as England owing to the absence of Islamic legal signs indicating the beginning of Isha’. This opinion gives rise to the vital question, ‘Can this opinion be adopted and thus the Isha’ prayer be put on hold during the summer? Of course not! Any action taken based on this opinion would justifiably be condemned. There are many additional examples of legal opinions which are quite rightly disregarded in matters of consensus: some scholars deem the consumption of dog meat as lawful; others hold the opinion that it is forbidden for a man to see his mother’s hair; and the phenomenon whereby Muslims steal from non-Muslims claiming that certain scholars have deemed such actions permissible. In fact, if we use the same logic presented by Sami, 7/7 should not be condemned and we must simply respect the notion of differing to be the rightful reaction as there are those who view it in a favourable light. In reality, scholars would often pronounce in response to such legal absurdities, ’One who deliberately seeks out religious errors of judgment becomes a heretic’.6

A commendable stance worthy of mention here was taken by a notable early scholar, Isma’il al-Qadhi, who strove to preserve the framework of the Islamic legal system; he was presented with a written piece in which the author had collected all of the lenient abnormal opinions and excuses of jurists, to which he boldly denounced the work and informed the Caliph that the book was the work of a heretic. When a person enquired as to why he gave such a harsh verdict whilst there were hadiths supporting some of these opinions, Isma’il Al-Qadhi replied, ’The scholars who viewed that singing is allowed did not view drinking certain types of wine as permissible, and so on…’7 He meant by this that odd opinions are not to be compiled and then adopted as a concise manual of jurisprudence [fiqh] to practise, since the jurist who is but fallible and offers an individual odd opinion or two does not necessarily agree with other odd opinions.

To conclude, the mere existence of a difference of opinion on a given issue does not render the difference acceptable and valid. Valid differences of opinion arise where there is scope for one to exert efforts in study and examination and to exercise one’s opinion [ijtihad]. This occurs only when the differences of opinion and numbers of scholars are regarded and considered significant. Moreover, it must be the result of objective and sincere efforts without any hidden yearning to seek lenient allowances from the onset. In the next article, I will examine issues of ijtihad and the ruling of music in further detail.