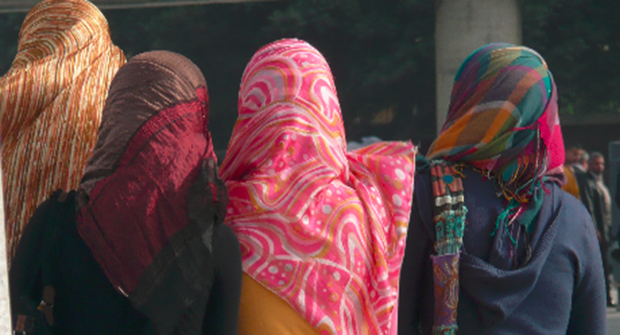 Living in the west, the hijab has become a potent indicator of identity with many non-Muslims viewing it as a political statement. However, it is pertinent to note that the hijab is, first and foremost, an act of worship that women engage in, and an act undertaken to seek the pleasure of one’s Lord.

The definition of a hijab is fiercely contested by many Muslims, and unfortunately most of those who engage in the topic are unaware that it is very much defined by Islamic law, the Shari’ah, and not cultural habits or one’s idea of what modesty is, or should be.

In discussing the hijab, Islamic jurists have stipulated a number of conditions for it to be a hijab in the Islamic sense. In brief, these conditions are that one’s clothing must cover the entire body in a way that the shape of the body is not apparent and the material must not be so thin that one can see through it. Clothing should not resemble that which is specific to men nor the disbelievers. It should not be attractive to men, nor should women be perfumed in public. The main aim of hijab is to stop fitnah; females who are attractive by nature attract the gaze of males which then leads to other greater sins such as fornication and adultery. Allah commanded women neither to display their adornment nor to display any form of behaviour that might attract the attention of men. Allah says,

“And tell the believing women to lower their gaze, and protect their private parts and not to show off their adornment except only that which is apparent, and to draw their veils all over Juyubihinna (i.e. their bodies, faces, necks and bosoms, etc.) and not to reveal their adornment except to their husbands, their fathers, their husbands fathers, their sons, their husbands sons, their brothers or their brothers sons, or their sisters sons, or their women, or the female slaves whom their right hands possess, or old male servants who lack vigour, or small children who have no sense of the shame of sex. And let them not stamp their feet so as to reveal what they hide of their adornment. And all of you beg Allah to forgive you all, O believers, that you may be successful.”[1]

“O wives of the Prophet! You are not like any other women. If you keep your duty (to Allah), then be not soft in speech, lest he in whose heart is a disease (of hypocrisy, or evil desire for adultery, etc.) should be moved with desire, but speak in an honourable manner. And stay in your houses, and do not display yourselves like that of the times of ignorance, and perform As-Salat, and give Zakat, and obey Allah and His Messenger.”[2]

As the verse states, Allah forbids the wives of the Prophet to incite the desires of weak men, and given that this effective cause (illah) is to do with desire which is found everywhere, then this command should certainly be applied to all other women as well.

In fact, scholars from various schools of thought prohibit women from raising their voices in public, even if it be the utterance of the talbiyah during hajj or the adhan (call to prayer) between females. The Shari’ah also prohibits men to visit lonely women and to stay alone with them. It also prohibited men to look at women. Allah says,

“Tell the believing men to lower their gaze (from looking at forbidden things), and protect their private parts (from illegal sexual acts, etc.). That is purer for them. Verily, Allah is All-Aware of what they do.”[3]

On the streets of London, Amsterdam and other big cities in Europe we witness various types of un-Islamic hijabs. Tight Jeans (also known as ‘skinny jeans’), long leather high heeled boots and tight shirts with a head scarf are all typical representations of the kind of hijab that is now being promoted by many young and middle aged Muslim women. Fancy scarves are also a form of covering that is seen as a ‘Shari’ah compliant hijab’. Indeed, the way many Muslim women adorn the hijab defeats the whole purpose of hijab itself. Furthermore, western women are very fond of attracting the interest and attention of men. It seems that many of our Muslims sisters have been influenced by this and have started to wear clothes to attract the admiration of “brothers” in an enticing way.

One of the main problems is limiting the hijab as being a manifestation of female Muslim identity. When France banned the hijab they looked at it as a religious symbol unable to understand the meaning of ibaadah (worship). However, it is unfortunate to see many Muslims treating it as merely a form of identity, and once the symbolic representation has been accomplished the necessity to perform it in a way that meets its conditions laid down by Allah is overlooked. This is one of subtly reprehensible values that many western Muslims have unknowingly adopted. We have to understand that Islamic practices including observing the hijab are actions of ibaadah. They are meant to please Allah, avoid being disobedient, and earn hasanaat in order to attain a high rank in paradise. Allah says,

And (remember) when it was said to them: “Dwell in this town (Jerusalem) and eat therefrom wherever you wish, and say, (O Allah) forgive our sins; and enter the gate prostrate (bowing with humility). We shall forgive you your wrong-doings. We shall increase (the reward) for the good-doers.”[4]

In misunderstanding the fundamental aim of entering paradise, we lose in this life and the hereafter as any other aim is considered by Shari’ah as a worldly one. The reward of worldly aims is given in this life and no reward will be given after death. Allah says,

Whosoever desires the life of the world and its glitter; to them We shall pay in full (the wages of) their deeds therein, and they will have no diminution therein.[5]

This is a major mistake that many Muslims fall into when undertaking many Islamic practices. Having the correct aim in wearing the hijab is the first and main step towards a solution for this problem. It should be noted that projecting concerns about this non-shar’ii form of hijab does not imply discouraging Muslim women from observing a limited form of hijab which they have chosen, but instead it serves to encourage Muslim women to progress to observe the correct method of hijab. The intention of this article is driven by the desire for improvement and progress and not to incite women to withdraw from the hijab completely.

It is indeed the case that many sisters are completely ignorant about the conditions of the legally valid hijab, and hence it is incumbent upon us to raise awareness of the legal conditions and features of a correct hijab. Knowledge is the cure for many of our mistakes. Advising sisters who undoubtedly wear the hijab out of good intentions as well as educating their parents is another way towards solving this issue. It might be a good idea to print and distribute some leaflets that describe the authentic hijab in a way that goes beyond merely a head covering.