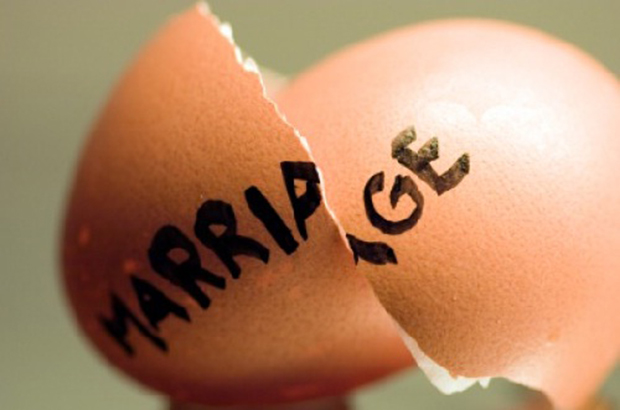 Answer:
All praise be to Allah and may blessings and salutation be upon His Messenger, Muhammad, his family, and Companions.
The question that has been asked is extremely common, and constantly raised by both Muslim men and women. Essentially, the question relates to the utterance of divorce in anger, and the differences that arise between spouses as to their interpretations of events.
There are two important legal rulings (pertaining to the utterance of divorce in anger) that are agreed upon by all jurists:
1. If a person utters the divorce in a fit of rage or fury whereby he may be technically considered temporarily insane, then such an utterance is not to count as a valid divorce.
2. If a person utters the divorce in a state of anger fully aware of what he is doing as well as the subsequent consequences then such a divorce is valid, and if the utterance is a third divorce, then there is no recourse to reconciliation and the couple are deemed unlawful to each other. Any intimacy after that is considered to be an illegal sexual relation and might be considered zina (adultery).
To claim that a divorce said out of anger is invalid is both baseless and irrational, since there is no legal text that claims that mere anger acts as a valid impediment, nor do people generally utter the divorce in a state of jubilation – divorces are nearly always uttered out of annoyance and anger.
In general, couples should contact a scholar who is known to be trustworthy and knowledgeable in these matters who will analyse each case separately. Individuals should not apply general rulings related to ṭalāq on themselves due to the sensitivity of the matter.
Another often recurring scenario is that men are incited by their wives to utter the divorce, usually during a heated row. We learn from divine revelation that Allah says,

“Men are the protectors and maintainers of women, because Allah has made one of them to excel the other, and because they spend (to support them) from their means.”[1]

Thus men must learn to act with decorum and assertiveness, and not be goaded into doing or saying things they do not mean. In their role as protectors, they must take additional steps (and more so than women) to ensure that the rights of their women and children are maintained and that life decisions which impact on those beyond the partners are not made merely by foolish utterances.
Similarly, anger (besides that which is felt for the sake of Allah) is a spiritual illness that easily consumes the individual and leads him to become a play thing of the devil.Many people assume that anger is a sign of manhood or strength, but in actual fact it is a severe weakness that allows shaytan to overcome him. A case in point is men who use divorce as intimidation pronouncing it out of a misplaced sense of supremacy, but then weep at the prospect of having to separate from their wives and may have to give up the general custody of their children. Such points are often overlooked by the male ego, and in quelling it, the Prophet (peace be upon him), as narrated by Abu Hurairah, said,

“The strong is not the one who overcomes the people by his strength, but the strong one is the one who controls himself whilst in a state of anger.”[2]

Abu Hurairah also reported that a man sought advice from the Prophet, to which he replied,

Anger is the opposite of patience, with patience being a key characteristic of the God-conscious, pious, and righteous. Allah repeatedly states in the Qur’an that “verily Allah is with those of patience,” which implies that those who forsake patience also forsake the divine benefits that accompany it. Allah says,

“Those who spend (in Allahs Cause – deeds of charity, alms, etc.) in prosperity and in adversity, who repress anger, and who pardon men; verily, Allah loves Al-Muhsinun (the righteous).”[4]

Muslim men should understand the role that Allah has given them, and act maturely with it. Allah ordains men to live honourably with women, for “if you dislike them, it may be that you dislike a thing and Allah brings through it a great deal of good.”[5] As with all beings women are also weak, and so it is in the interest of men to rise as leaders in overlooking the faults of their wives and advise them with a cool mind and a reasoned tongue. Allah says,

“O you who believe! Verily, among your wives and your children there are enemies for you (i.e. may stop you from the obedience to Allah), therefore beware of them! But if you pardon (them) and overlook, and forgive (their faults), then verily, Allah is Oft-Forgiving, Most Merciful.”[6]

Undoubtedly there will be times when arguments become heated and spouses become irritated, but why must divorce be the only end to an argument or frustrating situation? Allah says that “if you fear a breach between them twain (the man and his wife), appoint (two) arbitrators, one from his family and the other from hers; if they both wish for peace, Allah will cause their reconciliation. Indeed Allah is Ever All Knower, Well Acquainted with all things.”[7]
All of these are in effect checks and balances to ensure that if the couple do separate, they do so for the correct reasons and not over imprudent opinion.
The main reason as to the rise in queries relating to divorce uttered in anger ultimately lies in the absence of Islamic authority amongst Muslims in the UK and other western countries. Furthermore, many imams and ‘scholars’ lack the required shar’ii (legal) knowledge and expertise to deal with such problems in a diverse society and under complicated circumstances. Many imams, with good intentions, want to help couples stuck in sticky situations and so issue lenient fatwas. They fail to realise that matters related to ṭalāq are incredibly sensitive and delicate. The existence of various madhabs (legal schools of thought) that are adhered to by western Muslims also adds to the complexity of the situation.
In most cases, the matter is not as simple as merely requiring a standard fatwa from an imam, rather it is a matter of judgment carried out by a qualified scholar who is trusted and accepted as legitimate by both spouses. The spouses should be required to sit with the scholar and detail their cases in order to receive a verdict that should be binding on both of them – preferably by prior written agreement.
Once a wife believes that she has been divorced three times, she is not allowed to stay with her ex-husband. Allah says in the Qur’an,

If the husband claims that one or more of the divorces are invalid, the matter does not end there. As a sane and intellectual being, the woman herself must be convinced that this is the case and it is between herself and her Lord as to whether she truly accepts this or not; she is obliged not to return to her partner if she believes the three divorces to be valid. For both parties concerned, the best solution both rationally and spiritually is for the spouses to apply the same scenario mentioned earlier – that is to receive a sound ruling carried out by a qualified scholar who is trusted and accepted as legitimate by both spouses.
And Allah knows best.
[donationbanner]
Notes:
Sources: www.islam21c.com
Islam21c requests all the readers of this article, and others, to share it on your facebook, twitter, and other platforms to further spread our efforts.
[1] 4:34
[2] Sahih al-Bukhari
[3] ibid
[4] 3:134
[5] 4:19
[6] 64:14
[7]4:35
[8] 2:229-230
Share. Facebook Twitter LinkedIn Email Telegram WhatsApp
Previous ArticleThree Types of Hearts
Next Article Seven Years in Captivity: Babar Ahmad Petition