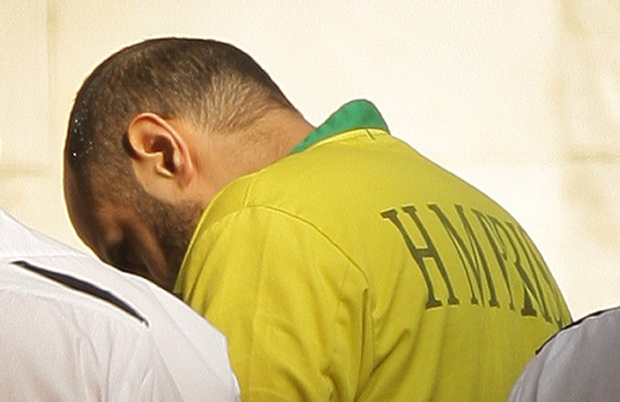 Babar Ahmad is a 37 year old British Muslim and the longest detained-without-charge British detainee held as part of the global ‘war on terror’. In December 2003 Babar was arrested at his London home under anti-terror legislation. By the time he reached the police station Babar had sustained at least 73 forensically recorded injuries, including bleeding in his ears and urine. Six days later he was released without charge.

In August 2004 Babar was re-arrested in London and taken to prison pursuant to an extradition request from the US under the controversial, no-evidence-required, Extradition Act 2003. The US has alleged that in the 1990s Babar was a supporter of “terrorism”. Babar denies any involvement in terrorism. He has now been in prison for six years even though he has not been charged in the UK.
NEW : Petition to the Government calling for Babar to be put on trial in the UK. CLICK HERE TO SIGN
The Free Babar Ahmad campaign are urging all supporters to sign this petition to the British government to place Babar on trial in the UK . We need 100,000 signatures before 10 November 2011 for the issue to become eligible for parliamentary debate.
You can also download and print this Petition Template in order to gather signatures which can then be entered online.

You are under arrest!
You have no right!
You are a terror suspect!
You won’t see daylight!

What crime had I done?
Whose right had I taken?
To be held up by a gun
And snatched for time forsaken?

Is this democracy
And the rule of law?
Or is it hypocrisy
And a type of war?