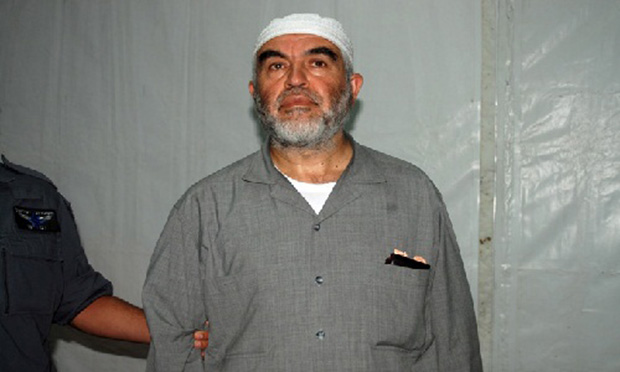 The circumstances surrounding Home Secretary Theresa May’s decision to issue an exclusion order against Sheikh Raed Salah is a cause for great concern. It is unacceptable that the British government ministers can be influenced heavily by lobby groups on the basis of little more than conflated “evidence” and hearsay, and to such an extent that a senior minister can actually be “misled” and operate under “misapprehension”. That was the damning conclusion of the Upper Immigration Tribunal’s vice-president who considered Sheikh Salah’s appeal against the deportation order.

Salah arrived in Britain on June 20, 2011, for a 10-day speaking tour to highlight the plight of the Palestinian citizens in Israel who form around 20 per cent of the total population. Instead of leaving the UK to return home at the end of June, he has spent 10 months here, fighting to clear his name.Two questions now need urgent answers. How did the Home Secretary fail to undertake basic procedures to verify facts which even junior civil servants would be expected to perform; and how was the pro-Israel lobby and the Community Security Trust (CST), able to convince her to infringe Sheikh Salah’s basic rights so easily, culminating in hundreds of thousands of pounds in legal fees to be billed to the taxpayer?On Saturday, April 7, 2012, senior immigration judge Justice Ockelton did just that, deciding that all the allegations against Salah were unfounded and that he has “no difficulty in concluding that the Secretary of State’s decision has not been shown to be proportionate to the need to preserve community harmony or protect the United Kingdom”. This demolished the core substance of the Home Secretary’s actions.

Information obtained using the Freedom of Information Act shows that the Home Secretary’s decision to exclude Salah came a mere 17 minutes after the CST sent her its own far from impartial opinions. There was no attempt made to ascertain the factual accuracy of the material presented by the partial CST or to seek the opinion of other interested parties; the organisations which had invited Sheikh Salah to Britain, for example. In short, there was no attempt to create even a veneer of balance in the decision-making process.

This is doubly damning when one considers that Home Office advisers told May that the case was “finely balanced” and thus even a cursory investigation would be likely to tip the balance in Salah’s favour. The immigration judge attended to this in a way that the Home Secretary did not; his closer inspection of the allegations of anti-Semitism against Sheikh Salah, for example, led Justice Ockelton to conclude that she was “misled”, presumably by the lobbyists who had supplied the “evidence”, regarding the translation of a poem in question.

The apparent ease with which a minister’s powers can be, and were, subverted by individuals and groups is worrying. On a matter as serious as the Palestine-Israel conflict, this case reveals an urgent need for reform in the manner in which each side is dealt with. If such fiascos are to be avoided in future, it is necessary to put checks in place which ensure that all interested parties are consulted before drastic legal steps like exclusion orders are issued.

Sheikh Raed Salah is a hero of the Palestinian people. At the age of 55, his demeanour is that of a much older man. Years of struggling for freedom in Israel on behalf of the Palestinians have taken their toll, yet his passion and dedication to the cause is undiminished. Like many Palestinians, he feels that he does not have any other option but to struggle for justice.

Despite his status, May made a partial and callous decision to exclude him from the UK, seeing in him a threat that, as the judge noted wryly, not even Israel sees. This was a case of the Home Secretary flagging security to pander to the influential pro-Israel lobby.

All right-minded people would agree that anti-Semitism cannot be tolerated anywhere; nobody should be targeted by racists for their ethnic background or religious beliefs. However, the drive against anti-Semitism cannot be misused to silence critics of the Israeli government’s discriminatory policies against its non-Jewish citizens and its military occupation of the Palestinian territories. Sheikh Raed Salah is a victim of Israeli discrimination; for Britain to contribute to assaults on his freedom and liberty is shameful for our nation.

The ramifications of this case will continue to be felt for some time, and it is a sad fact that while pro-Palestine activists in Britain are pleased to see that British justice can still prevail, they have had their faith in the government’s position as an honest broker in the Palestine-Israel conflict shattered.As a political leader, hundreds of thousands of Palestinians look to Sheikh Salah as a guide. The Home Secretary’s ill-conceived attempt to silence him has robbed the British public and Parliament of the right to hear his story and the plight of the Palestinians.

Rather than consider an appeal to save face, as a Home office spokesperson has suggested, Theresa May should apologise to Sheikh Salah for the treatment he has received as a result of her actions and implement robust procedures to ensure that her senior Office of State is not abused in such a way in the future.