A Plea from Syria 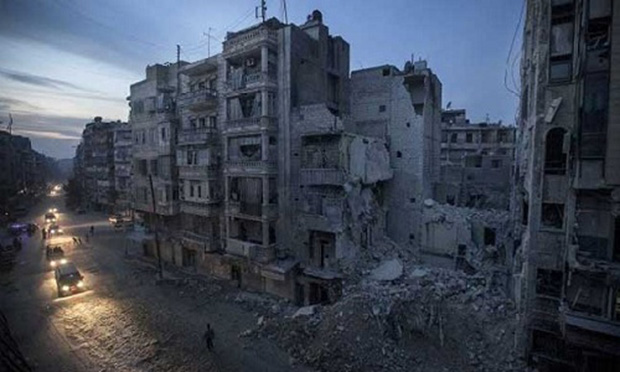 The principle is that Jihaad is Fardh Kifaayah, obligated upon the Ummah collectively unless sufficiently carried out by a group of Muslims in the Ummah. In three circumstances, Jihaad becomes a Fard Ayn, obligated upon every individual. The foremost circumstance is if the enemy is able to overcome the forces of a Muslim country. If this occurs, Jihaad becomes compulsory on every capable individual in that country without exception. In circumstances where the strength of the enemy is overwhelming or the Muslims are weak, poorly equipped and insufficiently financed, the Muslims of the land may become incapable of resisting the assault. No doubt in such a situation, any passiveness from the remaining Muslims is unacceptable. The Prophet SalAllahu Alayhi Wasalam tells us: “The likeness of the Believers in regards to their compassion, mercy, and kindness is like one body…”[1] A body does not forsake any of its limbs, and likewise should the situation of the Muslim Ummah be. For this reason, Islamic jurisdiction compels that if the people of a land are incapable of resisting an enemy, the obligation of resistance is transferred to their neighbours, the closest in proximity followed by the next, such that they fight with them and that they support them with arms and finances.

Such is the law of Jihaad, as dictated by Islam, so what about Syria and the present neighbours of Syria today? Verily your brethren in Syria are fighting an overpowering enemy that has been assaulting the land and its inhabitants and that has infringed upon their honour and wealth for more than twenty months. The people of Syria have not requested armed volunteers but have immensely struggled to finance their battle. We thank you O Muslims, but we do not request men, we request finances. The book of Allah asserts that the financial Jihaad is parallel to the physical Jihaad: “The believers are only those who believe in Allah and His Apostle they doubt not and struggle hard with their wealth and their lives in the way of Allah; they are the truthful ones.”[2]

Both forms of Jihaad assume an identical legislative ruling. Is it not the case that if an enemy invades a country, Jihaad becomes Fardh Ayn on the people of land? Does not this obligation transfer to the surrounding lands if the former are incapable of resisting the enemy? Is not Jihaad two types, the physical and the financial? Have not the people of Syria become incapable of funding their struggle as oppose to requiring men? Does not then the obligation of financial Jihaad transfer to the surrounding lands of Syria? Posing these questions reveals that the compulsion of financial Jihaad is upon the neighbours of Syria, and this is the essence of this message.

Our dear families, the people of kindness of generosity among the Ahl Al Sunnah in Lebanon did not fail in supporting the Syrian struggle. Rather, they gave everything they were capable of giving, but they are few and what they possess is little. The Ahl Al Sunnah of Iraq are suffering from an occupation similar to the one over Syria or worse, yet despite this, our neighbours from Al Anbar gave all that they could, may Allah bestow upon them blessings. We find ourselves incapable of demanding more from our brothers in Lebanon and Iraq. Verily the obligation of Jihaad is with finances dear families of Jordan, Turkey, Egypt, Saudi Arabia, Kuwait and all Arab and Muslim lands, without which our struggle cannot persist! This is neither a supererogatory or voluntary action nor a means of laying the people of Syria under an obligation. These are the words of the people of knowledge and the writer is a mere deliverer of their words.

Jihaad is not merely a confrontation with weapons; it entails all that facilitates this: ammunition, petrol, shelter, food and drink, clothing and medicine. Anyone who contributes in the provision of any of this has contributed in the Jihaad. A depletion of weaponry is a significant hindrance to the continuation of the struggle, but more so is the loosing of public support, may Allah forbid. Without the support of the public and the refuge that they provide, the Free Syrian Army would have been incapable of maintaining even a month long’s confrontation. The regime has fully understood this and has therefore waged war on the civilian population, besieging them and committing atrocities, destroying their every livelihood to uncover the veil of the fighters. Children are martyred before being buried by their fathers who remain patient. The martyred spouse is buried by the remaining spouse who remains patient. The martyred brother is buried by his brother who remains patient and consoles himself. Houses, wealth and relatives have been lost while the people of Syria remain patient, but until when?

O Muslims, the people of Al Shaam experienced in last year’s winter severe cold that was on the brink of exterminating them. Their homes contained no fuel, radiators or fire while their clothing was scarce. Many bid farewell last year’s winter while living in empty homes and many anticipate the forthcoming winter with no home at all. The criminals of the regime destroyed half a million homes, displacing five million men, women and children. Five million of your brethren expect to remain living in schools, mosques and in open spaces in the forthcoming winter. Thousands upon thousands await the cold in total nakedness, their floor being the bare earth while their ceiling the open sky. I swear by Allah that this is the fact of their situation at this very instance, without exaggeration. O Ummah of Islam, O Muslims in all places, verily the people of Syria are seeking your help and your lord has obligated that you answer their call in his instruction: “But if they seek your help in religion, it is your duty to help them”[3], leaving no option in the matter. Your brethren in Syria will be obliterated by their enemy without your financial support that has become incumbent upon you. Fulfil your obligation, do not fail to meet the demand of Allah and do not let down your brethren. You will be asked on the day of resurrection, so prepare for that day an answer.

O supporters, do not ask for the means by which to deliver finances. The trial has prevailed to the extent that if a penny is thrown into the air it will land in the hand of the needy. If one is fearful, however, of funding the revolutionaries (since today their finding is considered a crime by many) then direct you’re funding at the needy from among the civilian population. Send milk to the children, send clothing that will protect from the winter cold, send tents, mattresses and blankets. Those in Syria require anything and everything, send them money if you are able to do so. There are innumerable refugees in Jordan, Turkey, Egypt and Libya among other countries. Every refugee has left his home and is in need of a place of refuge, basic furniture, food and medicine. This is a door from the doors of Jihaad, not a door from the doors of charity. Rather it is compulsory upon you so apply this obligation as you would your prayers. If you do not do so then you will become like those who flee from the battlefield. May Allah protect you from such a status and from being among those who stay behind.

The internet is full of charities committed to the Emergency Syria Relief effort; here are two trusted charities;

[donationbanner]
Notes
Sources:www.islam21c.com
Islam21c requests all the readers of this article, and others, to share it on your facebook, twitter, and other platforms to further spread our efforts.
[1] Saheeh Muslim on the Authority
[2] Quran: 49:15
[3] Quran: 8:72
PROPAGATION
Share. Facebook Twitter LinkedIn Email Telegram WhatsApp
Previous ArticleHow to understand weak hadeeth
Next Article The War Crimes Trials of Bangladesh: Another Perspective