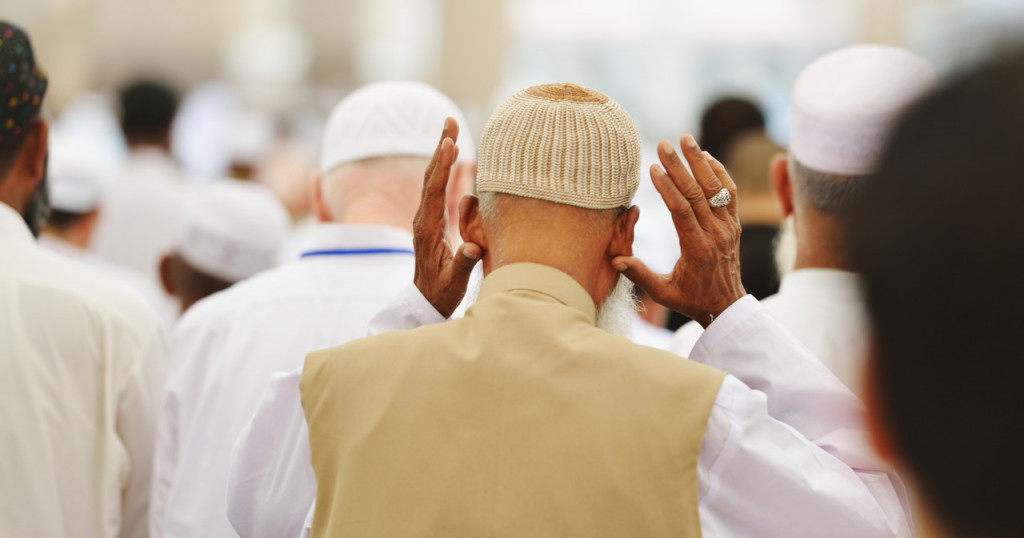 In the name of Allah, the Most Gracious, the Most Merciful.

Many brothers are asking about the ruling of reciting Sūrah al-Fātiḥah behind the imam. One of them said: “Sheikh, the matter is so confusing, as we have heard many conflicting views about it. Likewise, we also read so many different fatwās online about it. Each scholar believes that his view is the correct opinion. So, what shall we do about it? Shall we just follow a particular madhhab or do we have other options? Please advise us.”

The issue of reciting Sūrah al-Fātiḥah behind the imam is one of the matters on which the scholars have greatly differed on since the time of the Prophet’s Companions, may Allah be pleased with them. Accordingly, in their varying opinions the Four Sunni Schools maintained this wide disagreement concerning the ruling of its recitation behind the imam. It is indeed a matter which compels us to seek a new approach to those fiqhī (jurisprudential) issues on which the scholars historically differed over.

Classically, there are two main approaches to deal with jurisprudential matters: the widely accepted one is to follow your madhhab (school of thought), that is, the traditional path followed by your parents, community, and country. However, there is a global trend now whereby more people – especially the new generation and fiqh councils – adopt an alternative legal approach. According to this viewpoint, one should not stick to a madhhab, but instead choose what they believe is the strongest view among all opinions. This view is widely known as the Salafī or Ahl al-Ḥadīth approach. I am not in a position now to analyse each view and present the merits of each side. However, I have done this in a work of mine entitled Post-Madhhabism and Non-Madhhabism.

What I want to say is that this issue – reading Sūrah al-Fātiḥah behind the imam – is one of the examples that reveals the need for a new analytical approach for solving legal questions. While it is true that the past scholars had an array of views and answers for them, in fact this diversity of views can be a cause of disunity among different communities. In reality, this has happened several times in the past.

After analysing the classical views of the scholars in this issue, one can divide these views into three categories. In one end, there is a view that Sūrah al-Fātiḥah should not be recited behind the imam, regardless of whether the recitation for this prayer is silent or loud. This is the view of the Ḥanafī school of thought.

On the opposite end there is a view which states that it should be read behind the imam in all forms of congregational prayer; this is the view of the Shāfiʿīs. The third and final view takes a middle stance: it says that Sūrah al-Fātiḥah should be recited behind the imam in the quiet congregational prayers, but not during the loud ones. This is the view of the Mālikī and Hanbalī schools of thought.

It is worth noting that some late Ḥanafī scholars started to adopt this stance as they found it difficult to accept that the person praying behind the imam should keep quiet and do nothing during the longest part of the prayer, which is standing. Moreover, they agreed that it goes against the essence of the prayer that the person who prays behind the imam does not read Sūrah al-Fātiḥah unless in nafl prayer.

Every one of these views is based on certain Qur’anic verses, prophetic statements, and actions. However, the way each view was determined was not by a simplistic form of deduction; rather it was dictated by certain processes and hermeneutical principles that a scholar or school of thought deemed to be authoritative. Once we introduce such principles, the issue can become a little complicated.

The main Qur’anic verses and the aḥādīth the scholars depended on for deducing a ruling for this matter are the following:

Many contemporary scholars and researchers have written about this issue; every one of them chose one of the opinions mentioned above and started to defend it strongly. Some of these discussions go into much detail about the authenticity of the above prophetic statements and actions, while others are a bit superficial and oversimplistic. Each scholar would present his viewpoint and counter the arguments of the other sides.

This debate, like many others, started almost 1400 years ago and is in fact ongoing. It is very unlikely that it will come to an end any time soon. It is over simplification of fiqh to imagine that you would come up with the “strongest opinion” in such matters. If you were to listen to the arguments of each school of thought in supporting their view, you will be convinced. Hence, let us not waste our time and try to ruminate this debate or attempt to decisively resolve it.

As I have illustrated in my book cited earlier, sticking to your madhhab is not a viable solution in a number of circumstances. This is especially so in this modern age, where there are several factors which no longer make sticking to one madhhab the best option. As people from different backgrounds and madhhabs join ranks and create virtual cities and villages, it thus becomes much easier for them to exchange their views on almost everything they do in their life, including such legal issues. Furthermore, access to different views becomes a one-minute process that can be carried out by almost any individual, which naturally exposes one to criticism of any particular view.

However, if the person can stick to his madhhab without violating the higher aims and objectives of the Shariah, then he may do so, and that is an acceptable option for him.

If sticking to one madhhab violates the higher aims and objectives of the Shariah, then a hybrid approach between following a madhhab and not following one should be adopted. This approach is most appropriate, especially when we find a wide range of views held among the Four Imams, which are of course backed by the Qur’an and Sunnah. This flexible and diverse approach provides some solutions to overcome the types of challenges we face today.

By way of example, in this question of reading Sūrah al-Fātiḥah behind the imam, a person should follow that which is most appropriate for each specific context. What is more appropriate means what achieves the maximum benefit and deters the maximum harm. In other words, our aim should be to determine what fulfils the overarching principles and maxims of the Shariah and achieves its highest aims and objectives.

Therefore, a person can keep quiet in both loud and silent congregational prayers if that is the best practice for a particular context, such as being among those who follow this view. This is especially the case if these congregants do not like to be disturbed by others who follow the opposite position.

If the matter is flexible among the congregants, then the person should adopt the safest opinion, which entails reading it during a quiet prayer or rakʿah and avoiding it during an audible prayer or rak’ah. This middle path was adopted by many scholars, and is the opinion that runs smoothly with most of the Qur’anic verses and the prophetic statements.

First and foremost, it does not contradict the verse where Allah says, “So, when the Quran is recited, listen to it, and be silent, so that you may receive Mercy.” It also does not contradict the other key three prophetic statements, which are 1) “The Imam is appointed to be followed, so when he says the takbīr, say the takbīr, and when he recites, be silent;” 2) “Whoever has an imam, the recitation of the imam is his recitation;” and 3) “I was saying to myself, ‘Why am I distracted from the Qur’an?’” Furthermore, it only goes partially against one prophetic statement: “The prayer of the one who does not recite the opening Chapter of the Book [i.e. al-Fātiḥah] is void.”

Again, I am not going to repeat the debate and argument over this issue, but I want to confirm that there is a very good level of flexibility in this matter. In fact, a person can alternate between the different views to fulfil the overarching maxims of the Shariah and achieve the maximum benefit in each given context.

Allah knows best. And may He shower peace and blessings upon the Prophet Muhammad ﷺ.