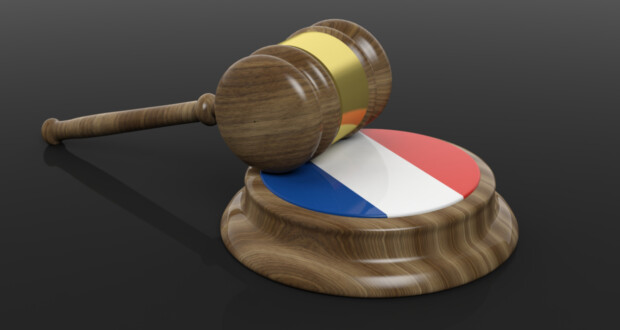 In the name of Allāh, may the peace and blessings of Allāh be upon His final messenger, Muhammad (sall Allāhu ʿalayhi wa sallam).

Muslims all over the world are outraged at the irresponsible behaviour of the French President Emmanuel Macron, whose endorsement and defence of the offensive cartoons by French artists shows his true character of insensitivity and lack of respect for Islam and its 2 billion adherents worldwide. It is unfortunate that despite many calls for the French President to retract his position, he remains arrogantly defiant, wilfully and intentionally fanning the fire to further sow discord, ignorance, and Islamophobia both in France and in the rest of the world by continuing to target Muslim organisations and constantly provoking and insulting Muslims.

The whole world knows that for all Muslims throughout time and space, the Prophet Muhammad (sall Allāhu ‘alayhi wa sallam) is the greatest man to have ever walked the face of the Earth. Believing in him as the final Prophet is an essential tenet of the Islamic faith, without which Allāh does not accept the faith or deeds of anyone who does not believe in him. Allāh states in the Qur’ān:

Muhammad is not the father of any man among you, but he is the Messenger of Allāh and the last of the Prophets. And Allāh is All-Aware of everything.[1]

The Prophet Muhammad was sent as a mercy to all of humankind, inviting them to believe in him as the final Prophet of Allāh:

By the one in whose hand is the life of Muhammad, none from this nation of Jews and Christians hears of me and then dies without having faith in my message except that he will be an inhabitant of Hellfire.[2]

Having faith in him is not sufficient – one must also show love, respect, and loyalty to him and his cause. It is therefore no surprise that Muslims around the world hold him to a high status – one that is above themselves and their loved ones. The Qur’ān states this:

The Prophet is more worthy of the believers than themselves.[3]

None of you are true believers until I am more beloved to him than his children, his father, and all of mankind.[4]

For anyone who does so, the Prophet (sall Allāhu ‘alayhi wa sallam) gave glad tidings of companionship with him wherever he is:

You will be with those whom you love (in the Hereafter).[5]

Truly, We will be sufficient for you against the mockers.[6]

In fact, history has proven, time and again, that anyone who dared to insult and mock any of the Prophets, in particular Prophet Muhammad (sall Allāhu ‘alayhi wa sallam), did not fare well. They had the curse of Allāh upon them and were humiliated, destroyed, and forgotten in this world, and a painful torment will await them in the Hereafter.

Indeed, those who abuse Allāh and His Messenger – Allāh has cursed them in this world and the Hereafter and prepared for them a humiliating punishment.[7]

Based upon this, I am calling upon every Muslim throughout the UK, Europe, and the entire world at large to defend, honour, and express their love for the beloved Prophet of Allāh (sall Allāhu ‘alayhi wa sallam). This can be done in a number of ways:

1) Embody his Sunnah and practice it in your daily life

2) Teach and spread his message to all of humankind

3) Boycott all French products and that of any other country or company that seeks to mock the Prophet (sall Allāhu ‘alayhi wa sallam).

4) Cease travel to, and business ventures with, France and any other country or company that promotes hatred against the Prophet (sall Allāhu ‘alayhi wa sallam).

5) Explore and solicit legal, political, social, and media avenues to put an end to the senseless and irrational mockery and insults against the Prophet (sall Allāhu ‘alayhi wa sallam).

This is a duty and obligation upon every Muslim to carry out. The Islamic legal maxim states:

Having said all of this, we would also like to advise those involved in the recurrent mockery of the Prophet (sall Allāhu ‘alayhi wa sallam) and Islam to:

1) Study the life of the Prophet Muhammad (sall Allāhu ‘alayhi wa sallam) critically. No one who has studied his life objectively has not found himself loving and believing in him. Arnoud van Doorn, the Dutch politician who was once anti-Muslim and anti-Islam, is an excellent example.

2) Respect and tolerate the beliefs of Muslims.

4) Stop endless campaigns of hatred, xenophobia, and marginalisation of Muslims in your respective countries.

5) Facilitate mutual dialogue and educational forums to combat and prevent any future attacks on the Prophet (sall Allāhu ‘alayhi wa sallam) and Islam.

On the authority of Abu Sa’īd al-Khudrī (may Allāh be pleased with him) who said: I heard the Messenger of Allāh (sall Allāhu ‘alayhi wa sallam) say,

This Fatwa and the contents contained herein will be in effect until such time that countries and/or companies take the necessary steps to remedy the issues at hand.

We ask Allāh to guide us to that which is pleasing to Him and is beneficial for Muslims and Islam.

May the Peace and Blessings of Allāh be upon His Prophet and those that follow him until the Day of Judgment.

Previous: Khutbah: Islam is not in crisis, France is!
Next: How Allah Dealt With Those Who Insulted His Prophet