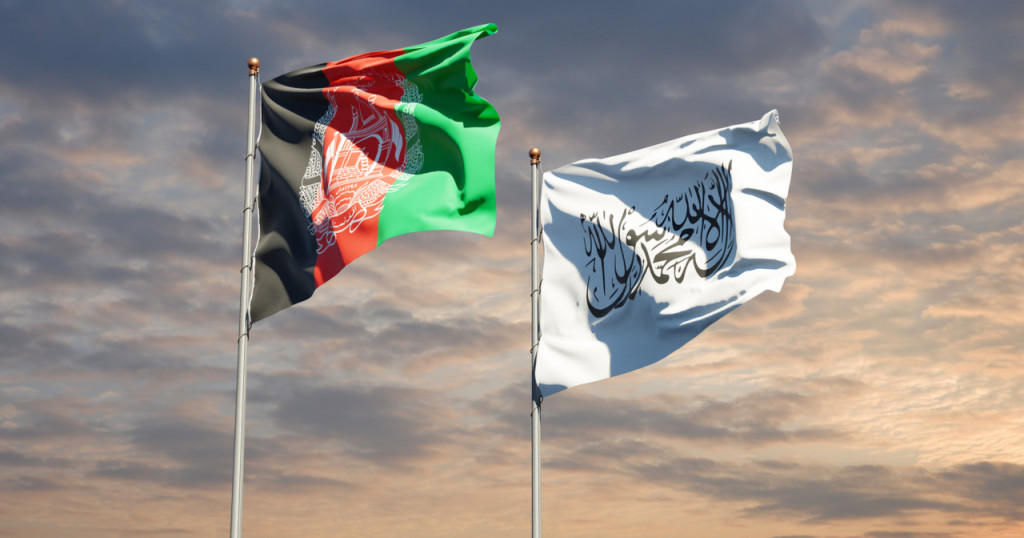 In the Name of Allah, the most gracious and merciful. All praise belongs to Allah. May the peace and blessings of Allah be upon His final Messenger, Muhammad ﷺ, his family, and his Companions.

In light of the Taliban’s coming to power in Afghanistan, the question of “implementing sharia” has been the subject of a lot of coverage and confusion among many commentators.

To be able to answer this question we need to define what the sharia is and what it means to implement it. If we survey the key Qur’anic messages and prophetic statements, we find that they are:

“And I did not create the jinn and mankind except to worship Me.”[1]

“Indeed, Allah orders justice and good conduct and giving to relatives and forbids immorality and bad conduct and oppression. He admonishes you that perhaps you will be reminded.”[2]

Abū Hurayrah reported that the Messenger of Allah ﷺ said, “I was sent to perfect good character.”

The key overall messages are: worshipping Allah alone through the message of His Prophet Muhammad ﷺ, establishing justice, stopping mischief, and spreading goodness.

The manifesto of the prophet Muhammad ﷺ that he announced before coming to Madinah as its ruler was:

“O you people! Spread the Salām, feed each other, perform Salāh while the people are sleeping; you will enter Paradise with (the greeting of) Salām.”[3]

Security and economic prosperity are the two wings a society can fly with, behind the head which is connection with Allah. They work hand in hand to produce social justice. Eliminating extreme poverty is the bare minimum achievement for any honest and successful government. The Prophet Muhammad ﷺ did not speak about the implementation of sharia in any form or shape, as though it is something different to his address.

We might find this surprising because in the modern age “sharia” is often portrayed through foreign, hostile discourses. Implementing sharia is not limited to applying the penal code of ḥudūd, for example. It does not mean the prohibition of ribā while the entire social economical system is dysfunctional. Ḥudūd were revealed later on in Madinah, and so too was the prohibition of ribā. We also find that the prohibition of ribā mentioned in Sūrat al-Baqarah, which is the first and major chapter of the Qur’an after its opening, Sūrat al-Fātiḥah, comes after the verses which talk about building a strong financial system through different types of charity.

Let us implement sharia by calling people to glorify Allah, to love Him and to fear Him. This requires us to love our Prophet ﷺ, to understand his miraculous sharia, and to love to implement it. Let us show them that Islam wants to establish justice in society before it wants to threaten to cut the hands of thieves. Let us show them that Islam cares for them and wants to improve their social and economic welfare system before it wants to force them to wear hijab and grow their beards.

Therefore, the leaders of the Taliban and the leaders of other mujāhidīn groups should work hard to establish security in Afghanistan. That cannot be achieved if there are deep ideological and ethnic differences between different components of the society, at least not without implementing effective tools to manage such differences. The best tools that can be applied are the etiquettes of managing differences provided by the Islamic tradition.

Once we implement such tools we understand what Muslims share in terms of ʿaqīdah, akhlāq, and ʿibādah is far greater than what they differ on. Therefore, they should invest in what they collectively believe in and tolerate one another in areas of difference.

We should go beyond that and remember that the current context of international law is fundamentally different from the context during the time of the Islamic Caliphate. Citizenship today is not also based on values or professed religion, but rather it is based on many other different factors. Hence, most states cannot differentiate significantly between its citizens based on religion – even though powerful western states are often free to do this indirectly and directly. There are some non-Muslim minorities living in Afghanistan. However, they are part of the country and the society. How will the Islamic Taliban and other mujāhidīn deal with them? They have to find a formula to live peacefully and cooperate for the betterment of the country as a whole. This was the model given by the Prophet ﷺ in the hadith of the boat.

“The Prophet ﷺ said, ‘The likeness of the man who observes the limits prescribed by Allah and that of the man who transgresses them is like the people who get on board a ship after casting lots. Some of them are in its lower deck and some of them in its upper (deck). Those who are in its lower (deck), when they require water, go to the occupants of the upper deck, and say to them: “If we make a hole in the bottom of the ship, we shall not harm you.” If they (the occupants of the upper deck) leave them to carry out their design they all will be drowned. But if they do not let them go ahead (with their plan), all of them will remain safe.’”[4]

“Indeed, Allah orders justice and good conduct and giving to relatives and forbids immorality and bad conduct and oppression. He admonishes you that perhaps you will be reminded.”[5]

“Indeed, Allah commands you to render trusts to whom they are due and when you judge between people to judge with justice. Excellent is that which Allah instructs you. Indeed, Allah is ever Hearing and Seeing.”[6]

We all need to remember that although Islam seeks perfection and encourages excellence, it is also a pragmatic and realistic way of life. Hence, the scholars have always spoken about the gradual implementation of its various rulings. This is a great and helpful feature indicative of a perfect system that many leaders have adopted throughout history. The great Caliph ʿUmar b. ʿAbd al-ʿAzīz, who came as a pious ruler in-between a few others who committed some level of injustice, applied this policy and called for it. Ignoring this policy might result in a miserable failure which leads people to disappointment and to a loss of hope in there being any positive change in Muslim countries. Or it may give rise to justifications for external and internal powers to interfere in the running of the country, or even overthrowing this elected government and replacing it with another, corrupted government.

Seeking and working to establish justice does not mean accepting weakness and vulnerability. Current political leaders will not be successful if they are weak or naïve, or cannot be assertive, brave and aggressive. Our current global context dictates behaviour that would not be acceptable in other contexts. Mercy, which is the second main value beside justice, cannot exist without power to protect it. The life of the Prophet ﷺ and the four great Caliphs is testimony to that. For example, Islam, the most merciful way of life, threatens severe punishments for those who violate its laws. Power is the shelter of mercy and justice. Allah said:

“[O Muḥammad], inform My servants that it is I who am the Forgiving, the Merciful. And that it is My punishment which is the painful punishment.”[7]

Politics is an art of achievement with minimum resources. In politics, truth does not need to be uttered all the time. It is also expressed in different ways. ʿĀ’ishah, the wife of the Prophet ﷺ said:

“A man asked permission to see the Prophet ﷺ. He said, ‘Let him come in; What a bad man of the tribe he is!’ (Or, ‘What a bad brother of the tribe he is.’) But when he entered, the Prophet ﷺ spoke to him gently in a polite manner. I said to him, ‘O Allah’s Apostle! You have said what you have said, then you spoke to him in a very gentle and polite manner?’ The Prophet ﷺ said, ‘The worst people in the sight of Allah are those whom the people leave (undisturbed) to save themselves from their foul language.’”

Likewise, when the city of the Prophet ﷺ was attacked by the disbelievers, he established a treaty with some internal potential enemies to marginalise them and prevent a bigger harm from occurring.

We ask Allah to help Afghanistan to overcome its challenges, and to provide for Afghans a much better lifestyle after this long-lasting suffering.

Sh Haitham: A roadmap for the Taliban