Women’s Rights: Europe Needs to Take a Look in the Mirror 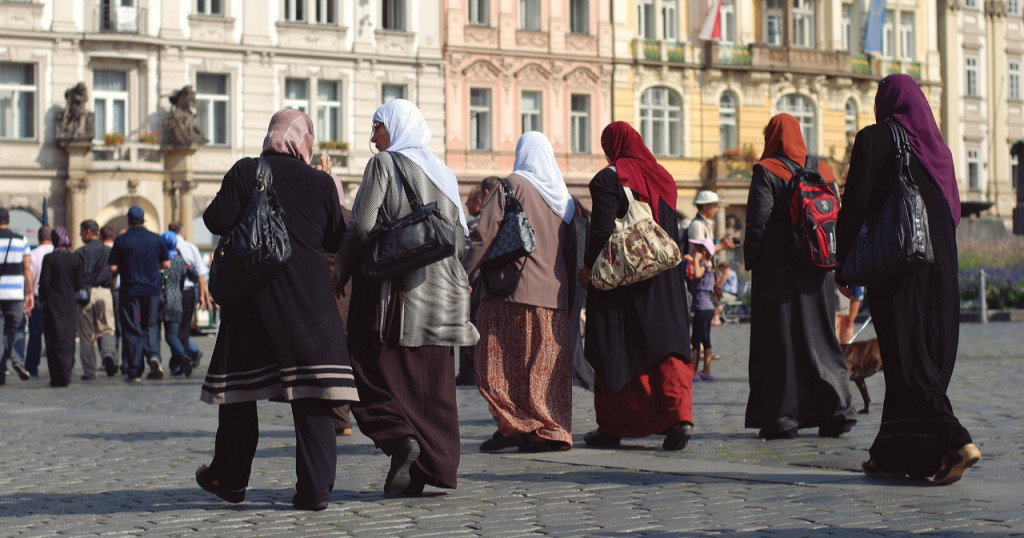 Meet Noor, who is aged 15. She wants to become a doctor, but powerful middle-aged men are stopping her. They do not like the way she dresses and claim that her attire is inconsistent with their values. Or take Nusrat, aged 23, who is a qualified lawyer. Despite her credentials, she is unable to appear in court and perform her highly skilled job. All of this is because she is a woman who dresses in a particular way.

Or take Salma, who was recently sent home from work for no other reason than, once again, her stubborn male employer fails to appreciate her choice of dress. The local court says that what he is doing is in fact perfectly legal. Salma is left all alone, with no one to fight for her.

Zahra is in pain. She needs to see a doctor for a female condition, but she would feel more comfortable with a practitioner of the same gender. Once again, powerful middle-aged men say she is not allowed to choose, and as a result, Zahra suffers in silence.

Mariam is excited to accompany her child on their first school trip. But she is confronted by a group of fellow parents, who disapprove of what she is wearing. The teachers agree and tell her that she must leave the coach and call the police to force her removal.

Spare a thought for Nadia, who is confined to her home. She is too afraid to go outside because of the male abuse she will likely receive. She has heard of too many stories of women being assaulted – yet not being believed – to risk venturing out.

Think of Laila and Amina, innocently enjoying a day out at their local beach. Suddenly they are accosted by policemen, who were called over by other beach-goers who vehemently disapprove of their attire. They are ultimately ordered to undress, or leave.

The specific names in these stories are, of course, fictitious examples. But events of a similar nature have taken place in Europe. Despite the continent’s claim of being a bastion of freedom, equality, and women’s rights, it is undeniably a place where the policing of women’s attire continues to gain ground. This is done with complete disregard of the effects on an already marginalised and discriminated group – Muslim women.

However, we need not confine ourselves to imaginary illustrations. Here are some real-life examples of Muslim women being discriminated in the very heart of Europe in the 21st century. Meet Aisha, who in 1994 was a victim of discrimination. She was just 14 when she was subject to a government edict issued to schools prohibiting the wearing of “ostentatious religious symbols”. This was a decade before the regulation became enshrined into law.[1]

Aisha recalls: “I was a model student until the point I refused to remove my headscarf – full attendance, never late – and yet I found myself in front of a disciplinary committee.”[2]

Disturbingly, Aisha said that she was separated from the other students: “We were forced to come to school, but forbidden from attending lessons, basically detained, and we weren’t allowed to go out into the playground to mix with the other students. We only had five minutes for break time. This went on for months.

“I was then sent to a disciplinary council because school is meant to be mandatory until you’re 16. They permanently excluded me. The local Muslim groups and the mosque told me to remove my scarf, but I refused. To me, it felt like asking me to strip. I felt violated by the demand to undress. I’m naturally a very modest person anyway. I was 14 years old and had to educate myself at home through remote learning. I ended up very isolated. My parents couldn’t help me, they were barely making ends meet. I got no support and ended up falling in with a bad crowd who persuaded me there was no point in studying further as I could never get a job with my headscarf anyway – which isn’t exactly a lie.”

Or let us hear from Noura, a university researcher and mother of three. She describes her ordeal in full detail:

“In 2019, when my son was eight, I was a regular volunteer at his school and I put myself forward to accompany a school outing. The teacher agreed, and I was really looking forward to it. But when I arrived the next morning, I could see the headteacher was livid and talking to the teacher about me. The teacher came over and sheepishly asked me to leave, making up an excuse about there being no room on the bus. I challenged her, asking why I was the parent being asked to leave – had I drawn the short straw?

“The headteacher came over, saying: ‘You need to understand, we are in a republic here, there is a principle of secularism, and, if you don’t like it, go home.’ I thanked her for the information about France being a republic, given that I’m an academic researcher at one of France’s top universities, this wasn’t exactly news to me.

“Since I knew the law didn’t forbid me from being there, I requested a written letter outlining why I was being asked to leave. That’s when she called the police. She must have said I was threatening her because they arrived immediately and in front of the school bus, full of parents, all the students, and my son – two officers began lecturing me: ‘This is a secular country, you have to leave.’

“I was so humiliated by this point, I began crying, in front of everyone; my son witnessed the whole scene. I told them what they were doing was institutional racism and that they were wrong about the law. They themselves seemed confused.

“One of the mothers came down and asked me to stop making a scene, handing me a hat to put on instead of my headscarf. She asked me to stop traumatising the children further. To appease the situation, I put on the hat.”[3]

Hiba Latreche is 22-years-old. She presides as the general secretary and vice-president of FEMYSO, which stands for the Forum of European Muslim Youth and Student Organisations. Regarding the challenges that Muslim women currently face in Europe, Latreche states:

“As a Muslim woman wearing a headscarf, I already experience Islamophobia in the public arena – instead of our legislators protecting us, they are actually making it legal, strengthening it institutionally and making it more systemic. The bill will make life harder for visibly Muslim women, regardless of whether specific amendments pass. How is it acceptable to debate whether girls under 18 should get arrested for wearing a headscarf, or be banned from playing sports; or whether we should be prevented from being part of our children’s school lives?

“They even tabled an amendment to stop a Muslim woman in a headscarf from running for office. We can hardly find jobs as it is, and now they will restrict the pool of jobs we can do even further. We aren’t just scared for our safety as individuals, we are fearful of our institutions. People are desensitised to what we are going through in France. But this is also a wider European issue – look at similar trends in Belgium, Germany and Switzerland. We have been forced into an enclave and the only way we can challenge things domestically is through international support.”

Some have compared France’s hijab ban to those societies that enforce certain covering whilst out in public. There is, however, a false equivalence at play here: a society that requires its citizens to observe a minimum agreed covering can in no way be compared to one which requires a maximum—essentially telling some to undress.

Throughout history civilised societies have always had an understanding of a minimum covering whilst in the public domain. It is only in the last two decades of the so called war on terror with the resultant demonisation and fetishisation of Muslim women, that modest Muslim clothing has become such an issue.

To be a Muslim woman in Europe means that one will be visible, vulnerable, and victimised. Such women are the primary targets of the rampant anti-Muslim sentiment which has swept across the West.

The banning of the niqab in France, Belgium, and Denmark illustrates that what was once a fringe and rejected ideology has moved into the heart of European governance. It is no matter of surprise then that during the course of 2018, France witnessed an increase of just over 50 percent in Islamophobic incidents. In fact, Austria recorded a staggering 74 percent rise in the frequency of cases.[4]

Muslim women are not the only victims of a misogynistic white and male dominated Europe. According to the World Health Organization (WHO), 49 million women in Europe have experienced some sort of violence, with an estimated frequency of 5000 murders further aggravating the matter. 1 in 4 women will experience either physical or sexual violence at some point in their lives in Europe. These are estimates which the WHO derived after conducting surveys on the topic.[5]

For many, Europe has lost moral legitimacy in the issue of women’s rights. Whilst the international community turns its attention to the Taliban’s return, and rightly more specifically the issue of women’s rights, let us also hold up a mirror and consider the plight of women across Europe. Perhaps those who claim that Europe is a Christian continent would do well to reflect on the following passage from the Gospel of Matthew: