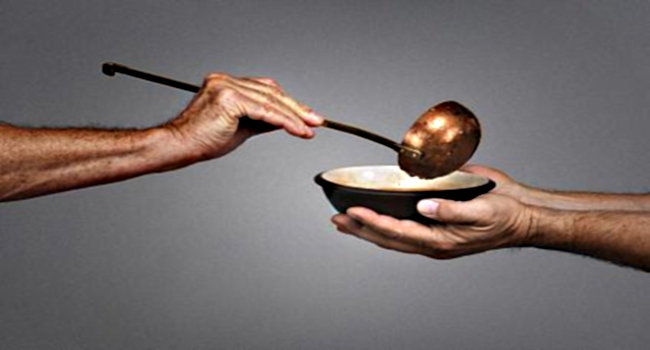 Fasting in the month of Ramaḍān was a commandment set upon the Muslims in the second year after the Hijra (migration from Makkah to Madīnah) and was made obligatory for the healthy resident adult Muslim who possessed control of their mental faculties, provided that they were not (the female Muslim) in a state of menstruation or post natal bleeding. If one of these criteria was broken, the Muslim could choose not to fast or was Islamically not allowed to.

The Muslim who is not allowed to fast

– A Muslim woman on her menstrual cycle.

– A Muslim woman on her post natal bleeding period.

– A Muslim who is in a state of illness such that fasting will cause greater harm to their health, or even lead to death. Included in this category are the terminally ill and the extremely aged.

The one who has a choice to fast or not

– An ill person who will not worsen his or her condition by fasting.

– The breastfeeding/pregnant woman who fears for either the health of her child, or her own. If she fears neither, she must fast like all other Muslims as for her not fasting is sinful.

The issue of Al-Qadā (payback), Al-Fidya (ransom/substitution) and Al-Kafāra (expiation) all come about through the breaking of a fast of Ramaḍān or choosing not to fast at all. Different scenarios of breaking a fast/not fasting lead to different results, for it might be that the breaking of a fast leads only to ‘Al-Qadā (payback) or only Al-Fidya (ransom). It could be that not fasting leads to a combination of the two, or a combination of Al-Kafāra (expiation) and Al-Qadā (payback). In this article we will try to explore and explain these varying scenarios.

If a Muslim is present for the month of Ramaḍān and either misses the fast through a valid reason, or breaks their fast with no Islamic basis to do so, they must make up the number of days missed after the month of Ramaḍān is over.[1] This could be for the one who missed Ramaḍān through travelling; a woman who missed fasts due to menstrual bleeding; a Muslim who breaks their fast by having intercourse with their spouse,[2] or simply one who intentionally ate during Ramaḍān without a reason to do so.

Other ‘openers’ of the fast include: not having the intention to fast before the dawn begins; self-induced vomiting; seminal discharge due to self-stimulation or kissing ones wife; intentional sexual intercourse; smoking or taking in a ventilator/inhaler; intravenous feeding; intentional gathering of spit in the mouth and then swallowing it, and finally, swallowing phlegm if it was brought up from the chest (phlegm brought up from the throat does not break the fast according to the school of Imām Al-Shāfiʿī).

There is only one scenario whereby a Muslim is not obliged to make up days that they have missed in Ramaḍān, and that is for the terminally ill or the extremely aged who will never have the ability to fast again. If this is the case, they must feed a poor person every day that they missed, and this known as Fidya (ransom).

The Fidya (ransom) is only to be paid in three cases:

1 – If a pregnant or breastfeeding woman chooses not to fast, worried about the health of either the child she is feeding or the baby in the womb, she can open her fast. But for every day that she does so, she must feed one poor person.[3] She will also need to make Qadā for the day that she has missed.[4]

2 – As mentioned before, a terminally ill or old person is obliged to feed a poor person for each day of Ramaḍān that they miss, and due to their inability to fast afterwards, they will not need to make up that day afterwards.

3 – The person who missed some fasts in Ramaḍān and then allowed the entering of the next Ramaḍān (without a valid reason) before making up the fasts must now pay a Fidya for each day that they had to make up.[5]

For example, if a Muslim travelled in Ramaḍān for ten days and did not fast, once the Ramaḍān is over, they are expected to make up those ten days as soon as possible. Many of the scholars even say that they cannot fast voluntarily before these days have been complete. If they do not fast those ten before the entering of the next Ramaḍān, provided they do not have a valid excuse, they must feed ten poor people. If, however, they left themselves enough time in Sha’bān (the month before Ramaḍān) to catch up, and they then became ill, not allowing them to make up those ten days, they have a valid excuse, and they do not need to pay a Fidya for those days missed.

The Kafāra (expiation) is to be paid in only one instance (according to the school of Imām Al-Shāfiʿī and Imām Aḥmad) and this is when a Muslim has sexual intercourse (on purpose) during the daylight hours of Ramaḍān. According to the schools of Imām Abū Hanīfa and Imām Mālik, also included in this is the one who breaks their fast intentionally, for example, by eating or drinking. A Kafāra is paid by either freeing a slave, or by fasting sixty consecutive days, or feeding sixty poor people. In this instance, a person still needs to make up the day of Ramaḍān that they broke, as the Kafāra does not cover the Qadā.[6]

An important point to be noted is that no one can pay off a Fidya or a Kafāra nor can they do a Qadā until they have either missed the fast or broken the obligatory fast. Thus a terminally ill person cannot pay off his fasts before Ramaḍān has started (even though they know they will not be able to fast) nor the one who will be travelling during the holy month, can they fast before the month knowing that they will not fast when Ramaḍān starts.

All payments/make ups need to happen after the fast is either missed or broken. This can be done the day of the missed or broken fast or days after, or once the month is over and, as will be explored below – may have a time limit or may not.

1 – If a Muslim intentionally breaks their fast (not via intercourse) then they are obliged to make up the fast as soon as possible. Delaying it would be sinful.

As mentioned above, some scholars do not stipulate a Kafāra to be paid; as for those who do, then the Kafāra essentially is a debt upon them, to be paid before they pass away. If it is delayed until they have passed on, then it would be paid by their inheritance.

2 – If a Muslim breaks their fast due to a valid reason such as travel or illness, they have the year to make up their fast. If they delay until the next Ramaḍān enters (without a valid reason for doing so), then they have to now increase on top of their Qadā a Fidya according to some scholars. Others did not stipulate this; they only require the Qadā to be paid without a time limit on it.

As for those who stipulate the Fidya, this has no time limit as to when it has to be paid – and if the person dies without having paid this Fidya it is to be taken from their inheritance.

3 – If a pregnant or breastfeeding woman needs to pay a Fidya on top of paying back the fast she also has no time limit, but she needs to make up her fast before the following Ramaḍān otherwise the Fidya will double (again, providing they have no valid reason for not making up the fast and according to the scholars that stipulated this condition).

4 – If a Muslim will never be able to fast again, either through terminal illness or due to very old age, they will have a Fidya to pay, without a time limit and, if they pass away without having paid it, it needs to be paid from their inheritance.

5 – If a Muslim breaks their fast due to having intercourse, then they need to make up their fast straight away. As for the Kafāra that they need to pay, it is obligatory upon them again with no time limit. If they delay until they pass away then this payment will be taken from their inheritance.

[1] Provided this is before the next Ramadan comes in. This is the opinion of the three schools of Fiqh, the Al-Malikiya, Al-Shāfiya and Al-Hanablia. The school of the Hanafiya do not condition the Qadā being done before the coming of the next Ramaḍān.

[2] It is also obliged upon them to pay a Kafāra (expiation), but this Kafāra does not cover the day that they broke their fast, so it is still obligatory upon them to make up this day of fasting.

[3] This is the dominant opinion in the school of Imām Al-Shāfiʿī and Imām Aḥmad. The school of Hanafiya do not stipulate a ransom for either the breastfeeding or pregnant woman and upon her is only the Qadā.

[5] The Hanafiya do not stipulate this condition and according to their school no Fidya needs to be paid for one who delays his Qadā until following Ramaḍān.

[6] Many scholars stipulate that these rulings are to be done in this order. Therefore, one must look to free a slave, and if they cannot find one, or do not have the means then they should fast sixty days, and if they cannot do this then feeding sixty people becomes obligatory upon them.