Reacting to the death of evil people 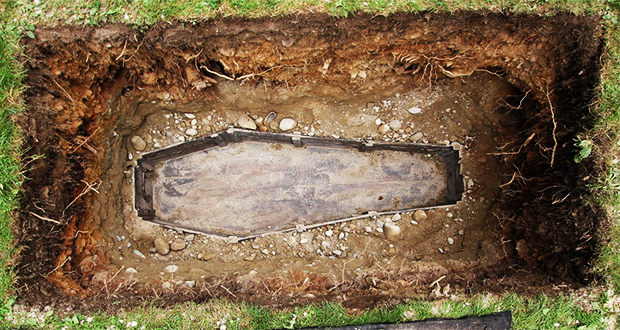 Allāh alone gives life and death. He takes away life in whatever way He wishes; some are killed, some are dragged to death through illness and others through old age. Allāh says: “for every term there is an appointment”[1] and He says: “And every nation has its appointed term; when their term comes, neither can they delay it nor can they advance it an hour (or a moment).”[2] Regardless of one’s status, he is bound to confront this reality and is held answerable for every belief and action he presented in his depleting life.

The sincere Muslim is saddened at the death of scholars and callers to Islām (Du’aa). In a similar way, a Muslim rejoices at the demise of people of misguidance and Bidʿah (religious innovation), particularly if they happen to be leaders, notable figures or intellectual activists since, by their death, their pens are shattered and the teachings and thoughts that had polluted the minds of people cease to spread. In a similar vein, the feeling happiness and rejoice over the death of an oppressor or someone who abets an oppressor in any way is islamically correct. This sense of joy emerges from ones faithfulness to Islām and to the Islamic community (al Muwalā).

Indeed it is impermissible for us to definitively assert the final abode of anybody, either to Hell or Paradise unless with an explicit textual evidence. When one dies, he will meet his Lord with whatever he accumulated of good belief and action. But a Muslim rejoices or is saddened by what is apparent of good action and beliefs or otherwise, while Allāh alone knows what is concealed and beyond our cognition. If evil manifests in one’s action or he adopts heretical or misguided beliefs, we can only deal with what is apparent.

The scholars of the past cautioned others with regards to these evil figures during their lifetime. Rather than crying and beseeching Allāh’s mercy for them when they had parted, these scholars would continue to elucidate the reality of their evil teachings, and oppressive nature, rejoicing at their demise and congratulating one another with respect to this.

On the authority of Hammād, who said: “I delivered the good news to Ibrāhīm (al Nakh’y) surrounding the death of al Hajjaj (the known Umayyad dynasty tyrant who killed ʿAbdullāh b. Az Zubair (raḍiy Allāhu ʿanhu) who then prostrated in thanks to Allāh, weeping out of joy.” When Tāwus became sure of al Hajjaj’s death, he exclaimed: “so the roots of the people who did wrong were cut off. And all the praises and thanks be to Allāh, the Lord of all that exists.”[3] Al Ḥasan al Basri further fell into thankful prostration whilst hiding, as did ʿUmar b. ʿAbd al ʿAzīz.

Qatāda b. Rib’i reported that the Messenger (sall Allāhu ʿalayhi wa sallam) said: “…(the death of) a wicked person relieves the people, the land, the trees, (and) the animals from him.”[4] How then can a Muslim not delight at the death of those who harm fellow Muslims and spread corruption?

Bishr al Muraysi (d. 218AH) was an adamant follower of the Mu’tazilī doctrine and a strong supporter of its heretical teachings. When news spread of his death, it reached Bishr b. al Hārith while he was in the marketplace who exclaimed: “were it not to draw attention it would be an occasion of gratitude and prostration (to Allāh). All praise is due to Allāh, the One who caused him to die.”[5]

It was said to Imām Aḥmad b. Hanbal: “one feels happy at what is happening (of calamity) to the friends of Ibn Abī Du’ād (an ardent Mu’tazili). Is this (feeling) sinful?” He replied: “and who does not rejoice at this?”[6]

And when the news of the demise of Wahb al Qurashy, a misguided individual who would misguide others, came to ʿAbdulraḥmān b. Mahdy, ʿAbdulraḥmān said: “all praise is due to Allāh for having rid the Muslims from him.”[8] In ‘Al Bidayah wal Nihaya’, Ibn Kathīr comments regarding one of the head innovators after his death: “Allāh relieved the Muslims from him, in this year during the month of Dhul Hijjah. He was buried in his own home, then transferred to the burial ground of Quraish, so to Allāh belongs praise. When he died, all of AhluSunnah rejoiced, every single one of them showed their gratitude to Allāh.”

This was the position of our righteous predecessors on hearing about the demise of the heads of evil and misguidance. Some will use the position of Ibn Taymiyyah regarding his enemies as evidence to the opposite effect. Transmitted by Ibnul Qayyim in Madaarij al Salikeen (345/2), Ibnul Qayyim says: “I once came to him (Ibn Taymiyyah) giving him the good news of the death of his greatest enemies, who inflicted on him the most harm. On hearing this, he reprimanded me and said inna lillāh wa’ina ilayhi rājiʿūn. He then got up immediately, went to the home of the deceased and gave them condolences. Whoever reflects over this realises that there is no contradiction between the two matters. The gracefulness of Shaykhul Islām Ibn Taymiyyah is because he does not seek retribution for his own self and esteem since Ibnul Qayyim expressed joy at the death of his enemies, not joy due to them being the heads of misguidance and evil.

Thus, by the permission of Allāh, rejoicing over the death of evil people, accepted by scholars and the mainstream as ‘evil’ in their actions, oppression or belief is commendable and such sentiment need not be held back from an Islamic perspective. And Allāh knows best.

Notes: This article has been translated